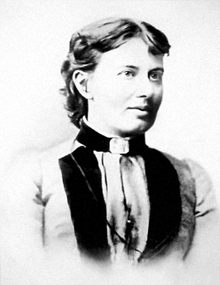 Sofia Kovalevskaya was the middle child of Vasily Korvin-Krukovsky, an artillery general, and Yelizaveta Shubert, both well-educated members of the Russian nobility. Sofia was educated by tutors and governesses first at Polibino, the Krukovsky family country estate, near Pskov, then in St. Petersburg. She joined her family's social circle which included Dostoevsky (who even proposed to her elder sister Anna, but was rejected).

Sofia was attracted to mathematics at a very young age. Her uncle Pyotr Krukovsky was not the brightest or most educated man, but he had a passion for mathematics and told Sofia about squaring a circle and asymptotes, even before she was old enough to know what these words meant.

When Sofia was 11 years old, the walls of her nursery were temporarily (for a shortage of wallpaper) papered with pages of Ostrogradsky's lecture notes on differential and integral analysis from her father's university days. She noticed that certain things on the sheets she had heard mentioned by her uncle.

It was under the family's tutor Josef Malevich that Sofia undertook her first proper study of mathematics, and she says that it was as his pupil that she began to feel an attraction for mathematics so intense that she started to neglect other studies.

Sofia’s father decided to put a stop to her math lessons, but she borrowed a copy of Bourdeu's Algebra, which she read at night when the rest of the household was asleep. A year later a neighbour, Professor Tyrtov, presented her family with a physics textbook which he had written, and Sofia attempted to read it.

She did not understand the trigonometric formulae and attempted to explain them herself. Tyrtov realised that in her working with the concept of sine, she had used the same method by which it had developed historically. Tyrtov argued with Sofia's father that she should be encouraged to study mathematics further but it was several years later that he permitted Sofia to take private lessons.


Sofia was forced to marry so that she could go abroad to enter higher education, as Russian universities in the 19th century were closed to women. Her father would not allow her to leave home to study at a university, and women in Russia could not live apart from their families without the written permission of their father or husband.

Meanwhile, Sofia and her elder sister Anna were part of an active young intelligentsia, who believed in the power of education to hasten a peaceful revolution of the tsarist social structure that would improve human nature, and to provide equal rights for women. So in 1868 the two sisters arranged fictitious marriages to radical compatriots.

Sofia married Vladimir Kovalevsky, a promising young paleontologist. This marriage caused problems for Sofia and, throughout its 15 years, it was a source of intermittent sorrow, exasperation and tension. Her concentration was broken by her frequent quarrels and misunderstandings with her husband.

In 1869 Sofia traveled to Heidelberg to study mathematics and the natural sciences, only to discover that women could not matriculate at the university. Eventually she persuaded the university authorities to allow her to attend lectures unofficially, provided that she obtains the permission of each of her lecturers.

Sofia studied there successfully for three semesters and, according to the memoirs of a fellow student, immediately attracted the attention of her teachers with her mathematical ability. Professor Königsberger, the eminent chemist Kirchhoff, and all of the other professors were ecstatic over their gifted student and spoke about her as an extraordinary phenomenon. 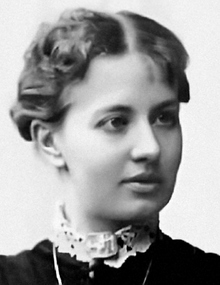 In 1871 Kovalevskaya moved to Berlin to study with Weierstrass, Königsberger's teacher. Despite the efforts of Weierstrass and his colleagues, she was not permitted to attend courses at the university. Ironically this actually helped her since over the next four years Weierstrass tutored her privately.

By the spring of 1874, Kovalevskaya had completed three papers. Weierstrass deemed each of these worthy of a doctorate. The three papers were on partial differential equations, Abelian integrals and Saturn's Rings. The first of these is a remarkable contribution which was published in Crelle's Journal in 1875. The paper on the reduction of Abelian integrals to simpler elliptic integrals is of less importance, but it consisted of a skilled series of manipulations which showed her complete command of Weierstrass's theory.

Exhausted by the intensity of the last four years of work, the Kovalevskys returned to Russia. Vladimir was unable to find an academic position, and Sofia discovered that the best job she could expect to get was teaching arithmetic at a girls' elementary school. “I was, unfortunately, weak in the multiplication table,” she remarked sarcastically.

Instead she turned to writing, as a theatre reviewer and science and technology reporter for a St. Petersburg newspaper. For six years she neither undertook research nor replied to Weierstrass's letters.

During this time she gave birth to a daughter (in 1878), and she and Vladimir sought their fortune in various business speculations and idealistic fundraising to establish a women's university. These efforts all ended in financial disaster, and the accumulation of frustrations lead to the break-up of their marriage and, eventually, Vladimir's suicide in the spring of 1883.

Teaching at the University of Stockholm 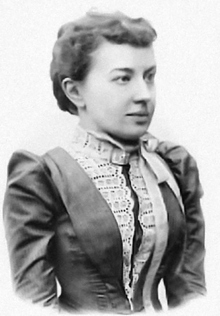 In 1880 Sofia was persuaded to deliver a paper on some aspect of her work at the Congress of Natural Scientists held in St. Petersburg. In one quick stroke she caught the interest of the conservative Russian scientific establishment and reestablished herself as a mathematician to be taken seriously.

Gösta Mittag-Leffler, an ex-student of Weierstrass, was so impressed that for three years he was trying to find a professorship for her in Sweden. In the meantime Sofia moved to Paris and established professional contacts with the most distinguished mathematicians in France. Finally, in 1883, the University of Stockholm, under continued pressure from Mittag-Leffler, offered Sofia, now 'respectably' widowed, a probationary position as a private docent.

After the initial shock of her husband's death, Kovalevskaya immersed herself in mathematical work in an attempt to rid the feeling of guilt. She began to lecture in Stockholm in early 1884, was appointed to an extraordinary five year professorship in June of that year, and in June 1889 became the first woman since the physicist Laura Bassi and Maria Gaetana Agnesi to hold a chair at a European university.

During Kovalevskaya's years at Stockholm, she carried out what many consider her most important research. She lectured on the latest topics in analysis and became an editor of the new journal Acta Mathematica. She took over the task of liaison with the mathematicians of Paris and Berlin and took part in the organisation of international conferences. Her status brought her attention from society, and she began again to write reminiscences and dramas that she had enjoyed doing when young.

The high point of Sofia's career came on Christmas Eve of 1888, when she was presented the famous Prix Bordin of the French Academy of Sciences in recognition of her winning memoir Mémoire sur un cas particulier du problème de le rotation d'un corps pesant autour d'un point fixe (On the Problem of the Rotation of a Solid Body about a Fixed Point), in which she completely settled a problem whose solution had long eluded mathematicians.

The rules of the competition for such prizes dictated that each entry be submitted anonymously. The author's name was sealed into an envelope bearing the same motto as that inscribed on the memoir, and the envelope was not to be opened until after the competing work won the prize. So when the jury of the Academy chose Sofia's entry, it was in utter ignorance that the winner was a woman.

The brilliance of her entry was judged to be so exceptional that the value of the prize was increased from 3,000 to 5,000 francs “on account of the quite extraordinary service rendered to mathematical physics by this work.” Incidentally, the motto on Sofia's prize-winning essay was 'Say what you know, do what you must, come what may.'

This achievement solidified her appointment to a lifetime chair in mathematics at Stockholm in 1889 and a membership in the Russian Academy of Sciences. 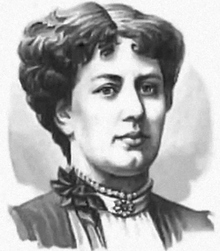 Kovalevskaya's further research on this subject won a prize from the Swedish Academy of Sciences in 1889, and in the same year, on the initiative of a famous Russian mathematician Pafnutiy Chebyshev, Kovalevskaya was elected a corresponding member of the Imperial Academy of Sciences. Although the Czarist government had repeatedly refused her a university position in Russia, the rules at the Imperial Academy were changed to allow the election of a woman.

Kovalevskaya's last published work was a short article Sur un théorème de M. Bruns ('On the Theorem by M. Bruns') in which she gave a new, simpler proof of Bruns's theorem on a property of the potential function of a homogeneous body. In early 1891, at the height of her mathematical powers and reputation, Kovalevskaya suddenly died of influenza complicated by pneumonia. Sofia was buried in Stockholm with a white lily wreath dangling from her gravestone from her most cherished friend, Weierstrass.

Mathematics was not the only subject Sofia contributed to. She had a number of literary works published, including a partly autobiographic novel Nihilist Girl (a story of a young aristocrat that wishes to devote her life to a cause and the effect of a changing world on the patriarchal traditions of Russia), and numerous newspaper articles on topics ranging from Sweden's peasant universities to treating hysteria by hypnosis.

An extraordinary person, Sofia Kovalevskaya was an active advocate of women's rights. It was her struggle to obtain the best education available which began to open universities' doors to women. In addition, her ground-breaking work in mathematics made her male counterparts reconsider their archaic notions of women's inferiority to men in science, thus paving the way for future women scholars to succeed.

In the 20th century a lunar crater, and a minor planet (asteroid), were named after her.

Artyom Mikoyan Artyom Mikoyan was the distinguished aeronautical constructor, to whom we owe a great deal of the country’s image as a military power.