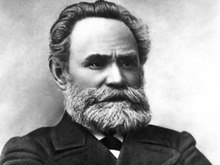 If given detailed accounts of this scientist’s experiments with dogs, today’s animal rights activists would likely cry out and picket in front of his lab with placards featuring pictures of heart-melting puppies. He surgically externalized parts of the gastrointestinal tract like the saliva gland, and made artificial openings in the stomach and intestines to take probes of different body fluids and measure their secretion. Nonetheless, this very research a century ago won Ivan Pavlov a Nobel Prize, the first one for a Russian scientist.

What is more interesting is that at the time he was famous for his compassion to animals and called for abandoning cruel experiments in science, like vivisection – the dissection of an animal to study its organs as it dies. Pavlov’s position was based on both ethical and scientific considerations. As a scientist, he said making animals suffer was contaminating the results, because the pain and upcoming death greatly alter processes in a living organism. As a compassionate man, he was doing his best not to cause unnecessary suffering. He insisted on using anesthesia during operations on his dogs and took much effort in making the life of his test subjects comfortable.

There is a monument to the unknown dog in St. Petersburg near the Institute of Experimental Medicine, where Pavlov headed the physiology laboratory for many years. It was commissioned and partially designed by the physiologist himself to honor the animals, which died for the sake of scientific progress. 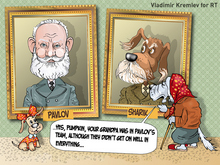 Pavlov’s dogs are probably as famous as Pavlov himself. Interestingly, his Nobel Award had little to do with conditioning experiments. For about 20 years starting from 1879 he studied how digestion works, revolutionizing our understanding of the process and the role of nervous system in nutrition. He discovered how different ferments and acids act on various stages of digestion to transform food into simpler components absorbed by the organism. This work, rather than experiments with bells and feeding, won him the world’s most prestigious award in medicine in 1904.

In the 1900s, Pavlov’s research switched to the central nervous system and conditioning. While working with dogs, he noticed that they started to produce saliva when hearing the footsteps of the lab technician who usually fed them, even though no actual food was present. Pavlov reasoned that the two stimuli became associated and that a similar mechanism was behind the learning process in both animals and humans.

The numerous experiments on linking different stimuli together and their interaction contributed to the birth of modern behavioral science. The laboratory where Pavlov did them was dubbed the “Tower of silence” because its walls were soundproof so that no noise from the street could affect the dogs. 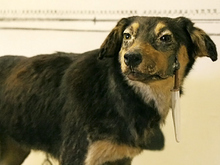 Pavlov’s other area of research at the time was reactions to overwhelmingly shocking experiences, which eventually cause the shutdown of an organism. Later he was involved in psychiatry and studied neuroses.

Apart from research Pavlov was famous as a lecturer and teacher. A plethora of his students became prominent doctors and scientists, and he is credited for creating a whole new Russian school of physiology. An international congress held in Moscow and Leningrad in 1935 titled him “princeps physiologorum mundi” – chief physiologist of the world.

There is much controversy about Pavlov’s religious beliefs. His father was an Orthodox priest and mother came from a priest’s family. He started his education in a seminary, and could have joined the clergy himself if he hadn’t gotten interested in natural sciences. After the Bolshevik Revolution, Pavlov was an outspoken critic of the crackdown on the church. He supported priests with money and on many occasions pulled his weight in society to keep church buildings in the patriarchy’s possession. 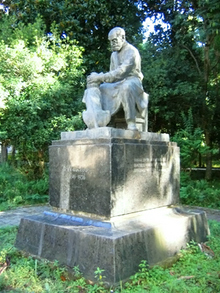 While these episodes had been hushed up in the Soviet Union, after its collapse some biographers cited them to prove that Pavlov was a deeply religious man. This was not true. Both Pavlov’s letters and accords of his contemporaries say he was a convinced materialist. At the same time he greatly valued religion as a way of conciliation and comfort for people in grief and as a moral guideline for uneducated minds. While he believed that a rational society would see no need for religion, he put the freedom of conscience and despised aggressive atheism.

Persecution of any kind and nature was in contrary with Pavlov’s moral standpoint, and he didn’t hesitate to oppose the soviet authorities. Shielded by his reputation and world fame, he protested the terror campaign. In a nonconformist gesture he wore medals and orders awarded to him by the tsarist government, which he didn’t do before the revolution. On the other hand, he was a steadfast patriot and refused to emigrate from Russia, even when the confusion of World War I, the revolution and the civil war left him with almost no conditions in which to conduct his research.

In his life and work Pavlov was a meticulous man sticking to schedules and focused on his goals – a quality he explained with a deliberate effort on his part, since it helped achieve better results. He was a brilliant surgeon with a rare and special technique. A dexterous man from birth, Pavlov trained his right hand for years and became ambidextrous, so much so that his assistants complained that his actions during operations were very quick and difficult to predict.

Pavlov was a scientist up to the last moments of his life. Reportedly lying on his deathbed with pneumonia, he made a secretary log his reports on how he felt his condition change. He asked to tell if anyone called on the telephone: “Pavlov is busy, he is dying.”