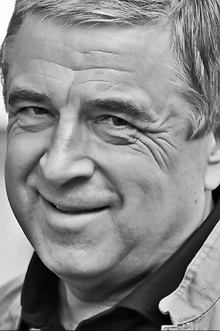 Pavel Borodin is the State Secretary of the Union of Russia and Belarus. He headed the Department of Presidential Affairs of the Russian Federation from 1993 to 2000, while Boris Yeltsin was president.

Pavel Pavlovich, or as he is often called, “Pal Palych,” was born on 25 October 1946 in the town of Shakhunya in what is now the Nizhny Novgorod Oblast in Russia. His father spent years imprisoned in various Soviet Union gulag prisoner camps because he had been captured by German troops during the Second World War; soldiers who had been prisoners of war were automatically classed as suspected spies during the years after the war in the Soviet Union. His father died soon after Pavel was born and Pavel was the only male in the household.

Borodin’s early life was chaotic. Soon after he was born he moved with his mother and sisters more than halfway across Russia to the city of Kyzyl, near the Mongolian border. Young Pavel worked as a laborer at local factories while he studied. After finishing school, he studied in Moscow for three years until he had a fight with a Communist Youth leader and was expelled.

Pavel then moved to Ulyanovsk in southwestern Russia, where he enrolled in an agricultural college. He graduated with a degree in economics in 1972. He lectured for a short time at the college before again moving to the other side of Russia – this time, to what was then called the Yakut Autonomous Republic, and is now referred to as the Sakha Republic, in the Far East.

In the capital of the republic, Yakutsk, Borodin finally began to settle down. After joining the Communist Party – practically a prerequisite for career advancement in the Soviet Union – he began working with YakutGeologia, a construction firm, and quickly became the company’s vice-director.

In the 1980s Borodin held various positions in the local Yakutsk Communist Party. He enrolled in a special college for training Communist Party bureaucrats and politicians in Khabarovsk, in the Far East, near Russia’s border with China. Soon after graduating from the college, Borodin became mayor of Yakutsk, a position he held until 1993.

In 1993 President Boris Yeltsin visited Yakutsk. Later in the year Borodin was named head of the Presidential Affairs Department. There are several different accounts of Yeltsin and Borodin’s first meeting, but few with any basis in fact. According to one version, Borodin showered gifts and presents on Yeltsin’s bodyguard to get a chance to meet the president. If another story is to be believed, it was the particularly tasty pelmeni (a Russian sort of ravioli) that Borodin cooked for the president that put him in the good books.

During Borodin’s tenure, the Department of Presidential Affairs grew into a formidable political machine, with a budget running into the billions and the delegated responsibility for a vast array of executive policy domains. Vladimir Putin served as Borodin’s deputy for seven months. 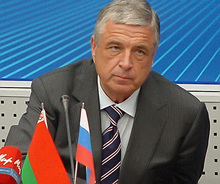 The Department was responsible for re-construction and repairs to the Kremlin in the mid-1990s. In 1999 Russia’s Prosecutor General Yury Skuratov launched an investigation into possible money laundering connected with the reconstruction project. It was alleged that Borodin received $30 million US dollars in bribes, or illegal “service commissions” from Swiss construction firms, the largest of which was Mobitex. The case was dubbed the Mobitex Affair by the Russian media. In 2001 Borodin was arrested by US authorities at a New York airport and extradited to Switzerland to face trial. However the Swiss court could not find evidence of wrongdoing, and Borodin was released on a $3 million US dollar bail. The case was finally dropped in 2002.

Borodin stood for mayor of Moscow, and took part in Duma (Parliament) elections during the 1990s but was unsuccessful.

When Yeltsin was replaced by Vladimir Putin in 2000, Borodin left the Department of Presidential Affairs and became the State Secretary of the Union of Russia and Belarus. The Union in principle is aimed at creating a political and economic confederacy between Russia and Belarus, but observers note that in ten years it has made little real progress towards achieving this goal apart from lifting some customs restrictions.

In 2003 Borodin again unsuccessfully campaigned for a Duma seat.

Borodin was awarded an Order of Merit for the Fatherland in 1996 for his political activities. In 1997 he became a laureate of the prestigious State Prize of the Russian Federation.

Pavel Borodin and his wife Valentina have five children, four of whom are adopted. Valentina Borodin is a lawyer and she is noted for her work with orphans and disadvantaged children.