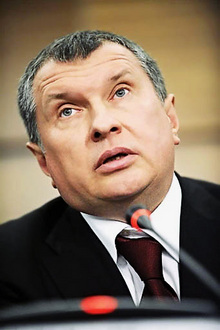 Igor Sechin is part of the so-called St. Petersburg power team. He was born on 7 September 1960 in St Petersburg, Putin's hometown. His family of metal factory workers encouraged Igor and his twin sister’s education. Sechin started to learn French at a local school and in 1984, he graduated as a Portuguese and French language teacher from the Leningrad State University where met the children of the Soviet elite. His former classmates describe him as reliable and patriotic, although some say he was a tattle-tale.

In the 1980s Igor Sechin worked in Mozambique and Angola, officially as an interpreter with Soviet trade and diplomatic missions there. Some consider this to have been the beginning of his career at the KGB. He was allegedly "the USSR’s point man for weapons smuggling to Latin America and the Middle East." Igor Sechin is said to have served with alleged international arms dealer Viktor Bout in Mozambique in the 1980s.

From 1988 to 1991 Sechin worked in the foreign economic relations department of the Lensovet City Management Committee in Leningard (now St. Petersburg). He and Putin first met during a visit to Brazil in 1990 by Leningrad city officials. Sechin later joined the Leningrad City Council to work under Putin.

In 1996 the two moved to Moscow to work in the economics department of Yeltsin's presidential administration in the Kremlin. When Yeltsin made Putin a prime minister in 1999, Sechin became his deputy chief of staff. After winning the presidential elections in March 2004, Putin immediately made Sechin deputy head of his administration. Deemed the president’s gatekeeper, he took office in Putin’s official residence in Novogireevo in an antechamber to Putin’s reception room - overseeing all official visits and audiences.

Sechin is regarded as a highly secretive and influential official. Little is known about him and he gives few interviews to the media. In December 2003 Kommersant-Vlast magazine implied Sechin maintains ties in the FSB. The article provided no proof except for some of Sechin’s agency-style habits, like placing documents on the table facedown.

In 2008 Sechin took over as Deputy Prime Minister, as part of Vladimir Putin's second cabinet, responsible for the vast energy sector. Sechin has been seen as something of a grey cardinal, opposed to the eventual nomination of Dmitry Medvedev as former President Putin's chosen successor. His new post - Deputy Prime Minister - is considered a minor demotion. In recent months, Sechin has raised his public profile, but has not admitted to his multi-billion dollar fortune.

Sechin’s current responsibilities as Deputy PM include: the development and implementation of state policy in the field of industry development and energy (except for the defense complex industry); state policy regarding nature management and environmental protection; the implementation of ecological, technological and nuclear supervision. In addition, Putin appointed him to head the United Shipbuilding Company to restore the decaying shipbuilding industry.

Sechin is Moscow's point man for warming relations with the Organization of Petroleum Exporting Countries. But he has repeatedly said that Russia, the largest oil producer outside the cartel, isn't ready to accept membership in the group, despite its pleas.

"It would be irresponsible for Russia to join OPEC because we can't directly regulate the activity of our companies," he said in a recent interview with The Wall Street Journal, as nearly all are privately owned.

Yet, he supports "coordinating actions" with the cartel because of the shared interest in lifting prices. He says Moscow isn't in a position to mandate lower production, but Russian oil companies will curb output this year as falling prices cut into their ability to produce. 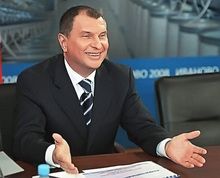 Since July 2004, Sechin also chairs Russia's biggest state oil company, Rosneft.
In 2003 the company was involved in a controversial case involving Russia’s former oil tycoon Mikail Khodorkovskiy. Charged with tax fraud, Khodorkovskiy has been jailed. His Yukos empire broken up and swallowed by Rosneft. In 2010 Khodorkovsky was found guilty on fresh charges of embezzlement and money laundering and was given a cumulative sentence of 14 years in prison. He alleged that both cases were instigated by Sechin.

Sechin is married; his wife Marina has a construction business. Their daughter, Inga, is married to the son of a former prosecutor general and minister of justice. Before she gave birth to Sechin’s grandson, she worked for SurgutNefteGasbank.