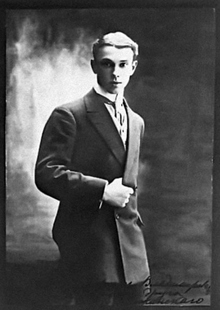 At the heart of ballet reforms


Nizhinsky entered the St. Petersburg Theatre School at the age of 11 and already at 18 he was given leading parts at the Imperial Mariinsky Theatre. But it was his collaboration with the prominent impresario Sergey Diagilev that brought him international fame.

In 1909Diagilev organised the first season of the Ballets Russes (Russian Ballets) in Paris. The performances were enormously successful with the European public, which came to know not only Nizhinsky but a whole constellation of names such as Ida Rubinshtein, Anna Pavlova and Mikhail Fokin.

The latter was the chief choreographer of the Ballets Russes from 1909 to 1912. He aimed to reform the ‘sugary, soulless’ ballet existing at that time. For him it was essential to show conflicting characters on stage and for this he needed to contrast male and female roles.

Nizhinsky proved to be ideal ‘clay’ for Fokin. The dancer, who received perfect training at the Theatre School, was able to fulfil all of his ideas. Nizhinsky starred in major ballets by Fokin such as Vision of a Rose, Petrushka and Daphnis and Chloe.


Expressions on the dance floor 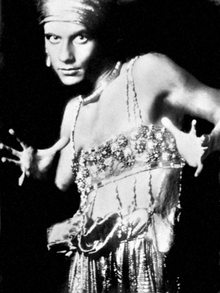 In 1912 Nizhinsky made his first attempt at choreography, staging the performance Midday Faun's Rest. The ballet was deprived of the elegance the public of that time was used to – still, the new expressive style was very much appreciated. Encouraged by his success, Nizhinsky undertook two more major works – The Games (“Jeux”) by Claude Debussy and The Rite of Spring by Stravinsky – which premiered a year later. The Games was stylistically reminiscent of Gogen and told the story of young tennis players.

They were Nizhinsky’s contemporaries but as free as Gogen’s islanders. The second ballet was the embodiment of a pagan celebration of spring. The stage became the arena for an ancient nature-conjuring ritual and offerings to deities. The performance aroused much controversy. While some hissed it off, demanding to stop the ‘outrage,’ others burst out in applause.

Nizhinsky was one of the most gifted male dancers in history, celebrated for his virtuosity and for the depth and intensity of his characterisations. His ability to perform seemingly gravity-defying leaps was also legendary. Nizhinsky also had remarkable mime and acting skills and was always able to capture the public’s attention. However, in everyday life he was timid and taciturn.

Breakup with Diagilev and the end of career 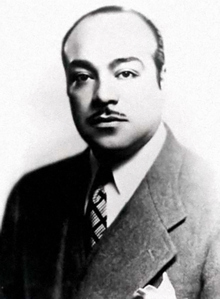 The creative tandem of Fokin and Nizhinsky did not last for long. Touring South America in 1913, the dancer married the Hungarian actress Romola Pulska – something Diagilev, with whom Nizhinsky had intimate relations, could not stand. Driven by jealousy, he fired the dancer.

Nizhinsky then undertook unsuccessful attempts to create his own company. He choreographed his last ballet, Till Eulenspiegel by Strauss, in 1916.

Nijinsky had a nervous breakdown in 1919, and his career effectively ended. He was diagnosed with schizophrenia and taken to Switzerland by his wife, where he was treated unsuccessfully by psychiatrist Eugene Bleuler.

He spent the rest of his life under doctors’ constant scrutiny in psychiatric hospitals and asylums. Nizhinsky died in London in 1950, where he had lived for almost a decade.