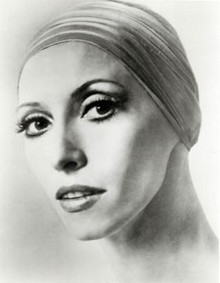 A “Ballerina assoluta” of the 20th century and one of today’s leading choreographers, Natalia Makarova is known as the first female dancer who followed in the footsteps of Rudolf Nureev, fleeing the Soviet Union.

She was born in Leningrad on November 21, 1940 – just before World War II came to the Soviet Union and her home town fell under the notorious 900-day siege. Like many children of the time she did not remember her father who was killed in combat.

She took her first dance classes at a children’s arts studio, and at the age of 11 passed the entrance exams and was admitted to the famous Vaganova Academy.  After graduation, Natalia Makarova was lucky enough to be accepted to the company of the Kirov (now Mariinsky) Theater. As it often happens, the graceful girl with excellent classical technique and great dramatic talent was noticed at the final exams at the academy. She performed a part in a ballet called Poet and Muses, mounted by Kassian Goleizovsky, a prominent choreographer of the 20th century. He was banned from staging at the time, his dance language being too “radical” for the Soviet ballet. Still, somehow he got permission to stage a ballet with the academy students.

Throughout her eleven years at the Kirov Theater she might not have thought that one day she would give up everything for an uncertain future in the West. Unlike the prohibited choreographer Goliezovsky, she had no reasons to complain. Makarova had fame, she was adored by fans and respected by colleagues and ballets critics. She danced leading parts of the theater’s classic repertoire – however, there was virtually no alternative, anything deviating from the ballet classics was most likely destined to ostracism. Still, Makarova was willing to try modern choreography, but only had a few opportunities. Non-conformist choreographer Leonid Jacobson mounted the Roden Triptych for her, a ballet inspired by Roden’s sculptures. She also danced his Bedbug, based upon Vladimir Mayakovsky’s play of the same name. 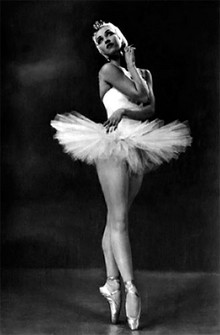 Makarova toured a lot – it was during her tour to London in 1970 that she suddenly realized the moment had come to change her life. On September 4 she requested political asylum in Britain. She didn’t regret it, despite leaving her mother and friends behind. It was the beginning of a new life. Already in December she joined the American Ballet Theater. It was not until 1988 that Makarova’s reunion with the Kirov Ballet took place in London. She danced an excerpt from Swan Lake. On February 1, 1989, she performed once again on the Kirov stage.

Makarova has worked with leading choreographers from around the world such as George Balanchine, Frederick Ashton, Jerome Robbins, Serge Lifar, Roland Petit, Kenneth MacMillan, Moris Bejar and John Neumaier. She has danced with Rudolf Nuriev, Mikhail Baryshnikov (he followed Makarova’s path to the West four years after her), Anthony Dowell, Erik Bruhn, and Derek Deane, to mention just a few. She also appeared as a guest artist with major ballet companies across the world including the Paris Ballet, the Royal Ballet, National Ballet of Canada, Stuttgart Ballet, and Royal Danish Theatre.

“I’ve been extremely lucky. I would have never danced so many varied parts in Russia. Of course, most inspiring was the work with Jerome Robbins. He mounted Other Dances to Chopin’s music for me and Misha Baryshnikov,” Makarova recalled in one of her interviews. “Robbins was a spontaneous choreographer, a born artist. And of course, MacMillan – I performed Juliet and Manon till the end of my dancing career.”

The Art of Keeping Classics Alive

Aside from her dancing career, Natalia Makarova staged numerous ballets across the world. Despite her interest in modern choreography as a dancer, as a choreographer she made a name for herself in thoughtful and elegant reconstructions of classical ballet repertoire. As early as 1974 she staged The Kingdom of Shades for the American Ballet Theater. The full-length production based on Petipa’s original choreography followed in 1980, and ABT became the first Western company to acquire this work. This was followed by Swan Lake, Sleeping Beauty, and many others across the world — all of them elaborate productions filled with that inexplicable Russian spirit, so difficult to explain to Western dancers. The uniqueness of the Russian ballet school, a tradition of meaningful and emotion-filled dance was passed on from generation to generation within the centuries-old walls of the Vaganova Academy. “At the academy we had that delicate feeling of the great ballet past, its traditions and unwritten laws,” Makarova says. “When I was staging Kingdom of Shades in ABT, the dancers there, excellent professionals, did not understand things that seemed evident to me. Like twice two makes four –that the arabesque, for example, is not a posture but a feeling of flight. They did not understand the difference between the notions of ‘performing a movement’ and ‘dancing a movement’”.

Not Only a Ballerina

In the 1980’s Makarova focused on her acting career. Her debut in the Broadway musical comedy On Your Toes was an immediate success and won her the Tony Award as “Best Actress in a Musical”. In 1984 she starred in the West End production of On Your Toes, which brought her a Laurence Olivier Award. In 1991 she performed in the play Tovatich at the Chichester festival in England. A year later she played in the drama Two for the Seesaw, shown in Moscow and St. Petersburg.