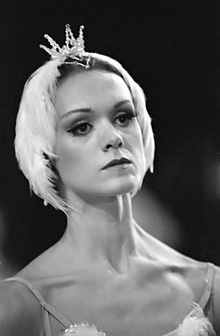 Ulyana Lopatkina is a renowned ballet dancer and the prima ballerina of the Mariinsky Theater in Saint Petersburg. She has received numerous awards and prizes and is known throughout the world.

Ulyana Lopatkina was born in Ukraine, in the small city of Kerch on 23 October 1973. Her father was a production manager at a shipbuilding facility and her mother was an economist.

When Ulyana was small, her parents decided to send her to an artistic gymnastics and a dancing group. Ulyana’s mother wanted her daughter to become a ballerina and went to great lengths to fulfill her life-long dream.

Ulyana’s interest in ballet developed quite suddenly - she was fascinated by photographs of legendary ballet dancers such as Maya Plisetskaya and Galina Ulanova. Young Ulyana fell in love with the striking beauty of the holds, the graceful movements and the airy tutus and gowns. But looking at the pictures was not enough for the future ballerina and she spent days reading avidly about ballet and studying the biographies of famous choreographers such as Didlo and Glushkovsky. Enthusiasm of this sort yielded fruit – Ulyana decided to try out for a choreography school.

When Ulyana was 10 she moved to St. Petersburg by herself. Her mother completely supported her daughter’s desire to become a ballet dancer and was probably aware of the long-term advantage the sacrifice would create, but Ulyana’s father was horrified to think of his daughter leaving her home in Ukraine at such a young age. Still, the girl left Kerch in search of her dreams.

In Saint Petersburg Ulyana passed the entrance examination at the Vaganova Academy, but her future teachers were not particularly impressed by her abilities. The verdict of the admission board was not flattering - Ulyana had quite an average faculty for ballet. The evaluation affected Ulyana greatly – she shrank into herself and became reserved, fearing she might be expelled at any moment. She always tried to be the best and remembers that once she danced with a high fever; her eyes were streaming and she felt sick, but she said nothing to her teacher, as she could not stand the thought of someone else dancing in her place. 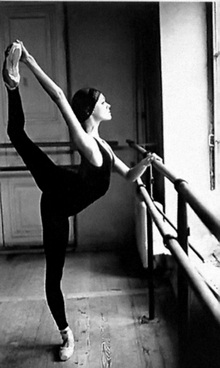 Ulyana was in luck’s way; all her teachers were talented and vivid personalities. During her last two years of school she studied with Natalia Dudinskaya. The professor and the pupil did not always manage to arrive at an understanding: Ulyana was a strong-willed student and did not agree with her teachers; their standards often failed to satisfy her.

Ulyana lived in a boarding school and was desperately homesick, but she was determined to become at least a prima ballerina. In her free time Ulyana loved to draw. This hobby grew into a favorite pastime even after she finished the choreography school.

In 1990 Ulyana, an intermediate level student at the time, participated in the Vaganova-Prix contest. She performed the part of the Queen of Water from the ballet “Konyok-Gorbunok” (нужен перевод названия балета, тем более это достаточно известный балет), a “Silfida” variation and a pas de deux from the second act of “Giselle” with Alexander Mishchenko. Ulyana took first prize. Only then did her professors finally understand that the girl they considered to be “nothing out of the ordinary” was indeed a highly gifted young ballerina.

During her graduation performance in 1991 Ulyana danced the part of the Shadows from “La Bayadère.” It was a difficult role that called for no mean 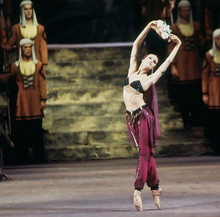 After graduating from the choreography school, Ulyana was admitted to the company of the Mariinsky Theater in Saint Petersburg. At first she danced in ensembles and performed supporting roles, but soon she was asked to perform solo parts: the Street Dancer in “Don Quixote,” Lilac Fairy in “The Sleeping Beauty,” Myrtha in “Giselle” and some others (the fact that Ulyana was a tall young lady played into her hands – it added significance and queenliness to her heroines).

In 1994 Lopatkina made her debut as Odetta-Odile in “Swan Lake.” During the endless rehearsals Andris Liepa (one of the best-known legendary Russian ballet dancers of the Bolshoi Theater) helped Ulyana greatly: his experience proved inestimable when Lopatkina ran through difficult duets.

The year 1994 ushered in other debuts as well: Lopatkina made her first appearance on the stage as Zobeide in “Schéhérazade” and as Zarema in “The Fountain of Bakhchisarai.” Ulyana’s debut was a remarkable event: the performance was technically impeccable. That same year she received a prize from “Ballet” magazine in the “Rising Star” category. Ulyana’s abilities marked her for success, and indeed, she attracted the attention of both the audiences and critics, who liked to write about Lopatkina and who always praised her talent.

In the summer of 1997 (from the beginning of July to the beginning of August) the Mariinsky Ballet traveled to London, where the company performed at the famous Coliseum Theater. Lopatkina participated in the tour and took part in the performances (“Swan Lake” together with Igor Zelensky; “The Sleeping Beauty”; “Scheherazade” and others). After the tour Ulyana received the “Evening Standard” prize of London critics (believed to be the harshest and the strictest critics in the world) and the title of the best ballet dancer of the year (the “Outstanding Performance of the Year Award”). Lopatkina would receive the award once again in March 1998. 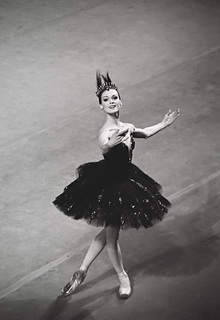 In June 2000 Lopatkina was awarded the title of Honored Artist of Russia, and a year later, in June 2001 she received the grand prix at the annual musical contest “Baltika” for her “outstanding contribution to the world success of the Mariinsky Theater.”

In the 1990s Ulyana suffered a minor injury – her leg hurt from time to time. In summer 2001 while on tour with the Mariinsky Theater Company in London, she felt the old pain becoming more evident – Ulyana couldn’t dance, she couldn’t even hold a single rehearsal. Still, Lopatkina decided against interrupting the tour and continued to perform. Before every entry she was given an injection of anesthesia.

When the brave ballerina returned to Saint Petersburg, she went directly to the theater management and asked for a sabbatical – she wanted to finally have her leg treated. It was understood that the leave would be quite lengthy.

The same year Ulyana married Vladimir Kornev. The couple wanted to have children, but Ulyana worried about having a child at the high point of her career. Many renowned ballet dancers either gave up on having children altogether or did not return to the stage after giving birth. But the presence of her beloved husband and her health problems helped Ulyana arrive at a decision. “…so I decided that, since I can’t dance and will be undergoing treatment, now would be a good time to have a baby. And the Lord gave me one,” Lopatkina said years later in an interview to the “Ballet” magazine.

In May 2002 her daughter Maria was born. After giving birth Ulyana started rehearsing again, but the pain and the sense of discomfort returned. It was then that Ulyana understood: she either had to agree to an operation or forget about her dancing career.

Lopatkina chose the operation. It was Mikhail Baryshnikov (a Soviet-born Russian American, one of the best choreographers and actors of the time and a legendary dancer) who helped Ulyana – he found a doctor who had treated several world-famous ballerinas and arranged the operation. When Baryshnikov did all this he was not even acquainted with Lopatkina, he had just heard there was a talented ballerina who desperately needed help. Today the two dancers are close friends - Ulyana is still grateful for what this kind-hearted man did for her some ten years ago.

Back to the stage

Ulyana spent quite a long time on maternity leave and recovering from the operation on her foot. While still unable to dance she thought much about the ways in which she could change or improve her performances: “I felt an urge to begin all my roles afresh. I thought a lot about how I would return to my work, how I would do this or that. So I gave a lot of thought to finding new details and nuances. Then, once my technique was back, I could put all those thoughts into practice.” 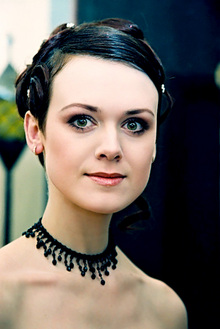 Lopatkina resumed dancing in 2003. Today she excels in classic and dramatic roles. She is a perfect example of the Russian school with willowy limbs, steely strength and a classical purity of line, as well as instinctive musicality.

In July 2001 Ulyana married Vladimir Kornev, a writer and a businessman. In May 2002 their daughter Maria was born. Today Masha is nearly eight years old and says she doesn’t want to become a ballerina like her mother, though she likes the fancy dresses her mom wears.

In her free time Ulyana likes painting and reading, but after having a daughter her free time is mostly dedicated to taking care of her. Lopatkina still gets nervous before making a stage entrance, even though today she is considered to be one of the best and most famous Russian ballerinas. Lopatkina likes to repeat “I am constantly looking for balance between the two most important things in my life – my family and my work. Still, I am grateful for everything I have in my life.”