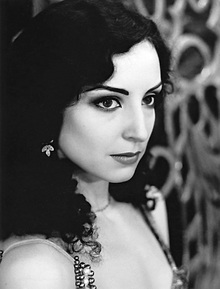 She’s fragile and seemingly weightless but amazingly strong and powerful when it comes to choreography. She’s calm but at the same time proud. She’s bright, talented and simply gorgeous… She’s Ilse Liepa.

Ilse Liepa was born into a family of artists. Her mother, Margarita Zhigunova, was a theater actress and her father, Maris Liepa, was a legendary ballet dancer of the Bolshoi Theater. Her father’s life story not only inspired her to become a ballerina but also to write a book about him. In the introduction to his biography she wrote:

“All my life I’ve been trying to understand whether the talent is given by God as award or as a kind of test. And I think that everything that leads the person to creativity, is an award, while the life itself is a test.”

Ilse began testing her talent at the Russian Academic Choreography College and then at the State Dramatic Art Institute. She and her brother Andris had problems in ballet school. She was too tall and he was overweight. However

this didn’t stop them from making their way to the stage of the Bolshoi Theater.

Ilse has performed in “Don Quixote,” “Romeo and Juliet,” “Le Corsaire” and “The Queen of 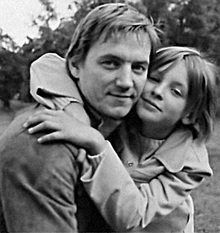 Spades.” She has danced famous pieces like “Dying Swan” and “Vision of a Rose” and famous Russian choreographers have even created miniatures especially for her.

Ilse performed the leading role in the “Princess of Modern Time” ballet dedicated to the 10th anniversary of the tragic death of Princess Diana. The ballet was written by the British composer Keith Hearne and premiered on the stage of the Stanislavksy Moscow Theater before going on tour. The author considers Russian ballet the best in the world and, after seven years of working on the piece, it was important to him to stage it in Russia.

Ilse’s mother’s genes pushed her to cinematography. She has starred in several films, including “The Shining World” (1984) and “Strannik” (1987). In recent years she’s played a number of roles in the theater and staged a number of ballets at the Bolshoi. She and he brother are also the heads of the Maris Liepa Charitable Fund that is aimed at developing Russian ballet while preserving its traditions. The Maris Liepa Scholarship has already helped many students in Russia receive the best choreographic 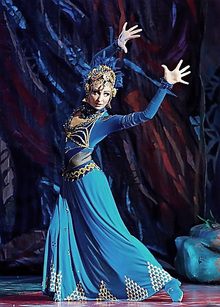 Ilse holds the title of People’s Artist of Russia and among her awards is the “Golden Mask” national theater prize for best female ballerina.