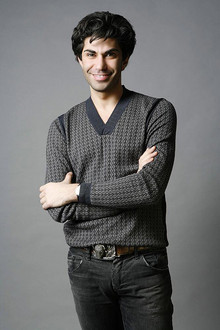 The principal dancer of the Bolshoi Ballet, Nikolai Tsiskaridze is one of the most decorated Russian dancers.

Nikolai was born in Tbilisi, the capital of the then Soviet Republic of Georgia, on 31 December 1973. Although his father was a violin player and classical music was a regular part of his childhood, ballet was not a profession his parents would have liked him to pursue.

Tsiskaridze says he chose classical dance at the age of three when he first saw “Giselle” – much to the despair of his mother, a teacher of math and physics. For a time there was still hope that the boy would give up his crazy dream. But at the age of ten, he insisted he should enter the ballet school and his parents had to give in. “But you have to be the best,” his mother told him. “Otherwise, I will pull you out.”

There was no need for such warnings. After three years at the Tbilisi Ballet School, Nikolai was far ahead of his classmates. So in 1984 he entered the Moscow Ballet School, where he studied under the guidance of Pyotr Pestov, one of the leading and most experienced classical dance teachers. Pestov is known for his strict rules and perfectionism. If he is displeased with a student during class the pupil can find himself out the door in no time. That often happened to Nikolai. But oddly enough, he was told that this was a good sign and that he was going to be a star. Indeed, years later Pestov said of Tsiskaridze: “The boy grasped everything so quickly that by the middle of the class he started looking through the window, and that distracted the others.” 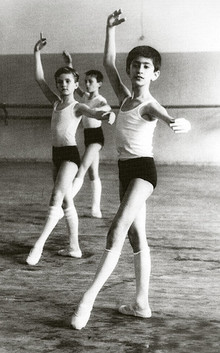 In 1992 Tsiskaridze joined the ballet company of the Bolshoi Theater . The then artistic director Yury Grigorovich saw Nikolai at the graduation exam and said: “This Georgian, we take him.” At the theater he had the good fortune to enter the class of prominent ballerina Marina Semyonova. The legendary Galina Ulanova also assisted him, and as Nikolai says, became his second mother. She taught him to give meaning to every single movement and gesture and to fill the dance with emotion. “Don’t shout with your hands when dancing a prince,” she used to say. “A noble man only needs to bow his head to make his wish fulfilled immediately.”

Several years later, when Tsiskaridze had already become a premier dancer, it was also Galina Ulanova who insisted he should take up teaching. She said a dancer should start preparing for retirement as early as possible – ballet is the art of the young after all (although she finished her dancing career at 52, 14 years after the official retirement age for classical dancers).

At the Bolshoi Theater it did not take long for Tsiskaridze to become the leading dancer. And just one look at him on stage leaves no doubt: at twenty he was not a rising star, but simply already a star. His vigorous dance and perfect technique have won him a number of prestigious awards: “The Soul of Dance” (1995), “Benois de la Danse,” “The Golden Mask” national theater prize, and the State Prize of the Russian Federation, to mention just a few. The dancer says all these awards are important to him – marking a new stage and a new bar in life and work. “Each award is a great responsibility. It is extremely difficult to appear on stage after you receive an award. Each and every time you have to prove you are worth it,” Tsiskaridze confessed in his book “Moments.” 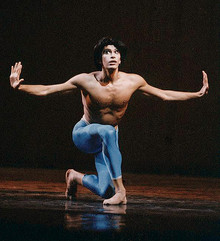 One of the best ballet princes, he is equally convincing in modern choreographies. Roland Petit, who staged “La Dame de Pique” in 2001, created the role of Hermann especially for Tsiskaridze. Two years later the Bolshoi once again invited Petit to mount “Notre-Dame de Paris” on its stage. The choreographer let Tsiskaridze choose the role he wanted to dance - and was taken aback by his unexpected choice of Quasimodo. “What do you want to dance?” Petit asked. “Quasimodo,” was the answer. “In fact I’d love to dance Esmeralda but as I can’t do that I’ll take Quasimodo,” Tsiskaridze explained. The performance was a great success, as usual. In Petit’s choreography Quasimodo has no hump, and his handicap is only rendered through gestures and plastique. In 2008 the dancer had another chance to prove himself in one of Petit’s first choreographies, “The Death of the Rose.” 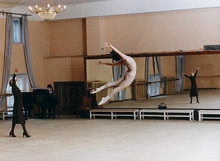 Other modern choreographies interpreted by Tsiskaridze include William Forsythe's “In the Middle, Somewhat Elevated,” Flemming Flindt’s “The Lesson” and John Neumaier’s “A Midsummer Night’s Dream”. In 2006 the dancer appeared in Christopher Wheeldon’s “For Four” along with the great ballet dancers of the American Ballet Theater, Angel Corella and Ethan Stiefel, and Johan Kobborg from the Royal Ballet.

Tsiskaridze never takes his roles lightly. When preparing for a new part he reads a lot, suggests his view of the character to the choreographer and gives his ideas on the costumes to the designers.

Although dance is his greatest passion in life, he still finds time for other interests – many of which are unsurprisingly from the world of art. Since his early years he has been fond of drama theater. 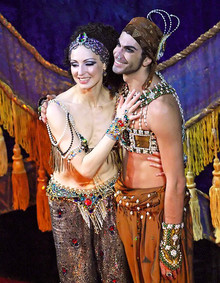 Tsiskaridze adores opera and has a significant disk collection at home. He also has great collection of Disney animated films. In an interview the dancer recalled that in his childhood he only saw them in black and white and it was his dream to watch them in color. Tsiskaridze is soppy on fluffy toys – his home is full of teddy bears, rabbits and cats of all kinds. But such “childish” – as some might say – hobbies are deceptive. “Ballet is a man’s profession,” Tsiskaridze believes. “My brilliant career is what other people see,” he said in one of his countless interviews. “But they don’t see how much effort it takes, how many obstacles you have to overcome to be victorious.”