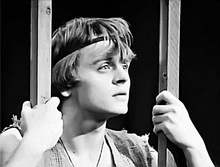 
Born in Riga (now the capital of Latvia) in the Soviet Union, he was quite athletic as a child – he played football, swam and ran – though the age he started ballet is considered to be quite advanced. But Mikhail’s mother was a big fan of ballet, and the boy quickly made up for lost time.


His mother soon tragically died, and Baryshnikov threw himself into headlong into ballet. In 1964 he entered a leading international ballet school, the Vaganova Academy in St. Petersburg (then Leningrad). He then joined the world-famous classical ballet company, the Kirov, now the Mariinsky. He made his stage debut at the Mariinsky Theatre in 1967, featuring in a production of Giselle. 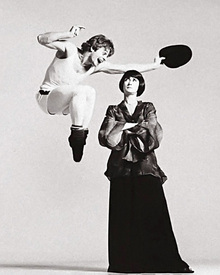 The dancer’s emotional performances gained him popularity among the audience, and his talent was also recognised by professionals, with several Soviet choreographers having creating ballets especially for Baryshnikov.


However, his career was not all that easy. He was shorter than most male dancers on stage and even some ballerinas were taller than him. As a result he was sometimes relegated to secondary roles. Another problem for Baryshnikov was that he was aimed for innovations in classical dance and was interested in modern choreography, while the Soviet school adhered to 19th-century traditions, which were limiting and frustrating for the dancer.


While touring Canada with the Kirov ballet company in 1974 (Baryshnikov then was 26 years old) he defected, requesting political asylum in Toronto. He joined the National ballet of Canada for a while, but then moved on to the United States (Baryshnikov became a naturalised US citizen some years later in 1986), where he was principal dancer with the American Ballet Theatre until 1979.


His search for new experience was satisfied – in the first two years after his defection Baryshnikov danced for more than a dozen different choreographers. Since then he has been associated with promoting modern dance in particular, premiering dozens of innovative works, including many of his own. 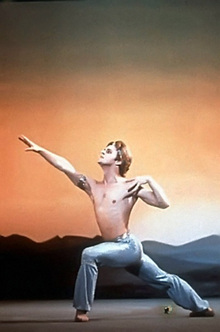 For more than a decade, starting from 1990, Mikhail Baryshnikov was an artistic director of the White Oak dance project. The dancer didn’t fancy becoming one of those who, after working for years and reaching the top, took the money and retired. The company was founded to create original work for older dancers, such as Baryshnikov himself is now considered to be.

The dancer was also involved in designing a line of ballet shoes and has his own perfume brand Misha. In 2004 he also launched the Baryshnikov Arts Centre in New York.

Widely considered to be one of the biggest names in the contemporary dance world, Mikhail Baryshnikov is a household name even to those who are not ballet fans. He became recognisable not only to theatre-goers in 1976, when he made his American television dancing debut.


Then, during the Christmas season of 1977, CBS TV channel broadcast his highly acclaimed production of Tchaikovsky’s classical ballet The Nutcracker. The show remains the most popular TV production of the Christmas fairy-tale, with the DVD of the performance being a perennial bestseller during the winter holiday season.


The ballet dancer turned actor also became an international sex symbol. Soon after arriving in New York, Baryshnikov acted in his first film, making his cinema debut in the film The Turning Point in 1977. Playing the part of a superstar ballet defector from Russia, Baryshnikov received an Oscar nomination for his work.

His appearance in the a widely popular Sex and the City TV series was arguably even a bigger success. Playing a Russian artist called Aleksandr Petrovsky, who had a romance with the story’s main character Carrie Bradshaw, Baryshnikov became the object of millions of girls’ dreams around the world.

He is the father of four children and is in a long-term relationship with former ballerina Lisa Rinehart. Baryshnikov's style and frequent visits to the legendary New York disco Studio 54 sparked rumours of the dancer being a homosexual, but as Baryshnikov once said he is ‘not the first straight dancer, nor the last’.