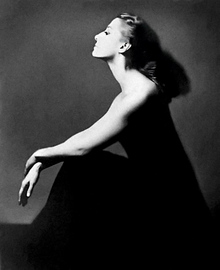 The making of one's fate

Plisetskaya is renowned as one of the world's greatest and most charismatic ballerinas. Her slender physique combined with outstanding technique and effervescent personality have enabled her to steal the hearts of Indira Gandhi, Robert Kennedy and Mao Zedong alike. Plisetskaya has revolutionised the world of ballet once and for all, becoming a role model for millions of aspiring artists worldwide.

Writing in her autobiography, Plisetskaya says: “a person's character is his fate”. Indeed, more than most, Plisetskaya demonstrated how strength of personality can bring about amazing success. At eleven years old, she was labelled a “daughter of an enemy of the people”. By the time she was eighteen, she was the leading dancer at the most prestigious ballet company in the USSR.

Maya Plistetskaya was born to a family of Jewish artists. Plisetskaya's father was executed during the Stalinist purges in 1935, while her mother, a silent-film actress, was arrested and sent to a labour camp in Kazakhstan together with her seven-month-old son. As a result, the future prima ballerina was adopted and 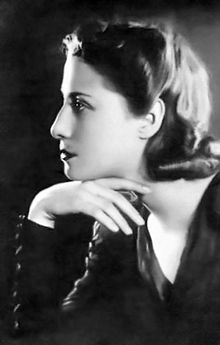 brought up by her aunt, Sulamith Messerer, who would later become the founder of the Tokyo Ballet.

Ballet in times of war

It was Messerer's support which gave the budding ballerina guidance. Despite the hardships of World War II, she insisted that Maya continued taking ballet classes and even moved to Sverdlovsk (now Ekaterinburg), where a branch of the Bolshoi Ballet Theatre was rumoured to have been transferred.

However, these rumours proved false. This caused major worries for the aspiring ballerina: without training she would soon lose shape and, as a result, would be forced to give up her passion. Plisetskaya heard that a small part of the Bolshoi was still operating in Moscow. However, she wasn't allowed to enter the capital without a special permit. So, in 1943 she made the decision to sneak into Moscow under cover.

Her efforts were worthwhile. On the April 1, 1943, Maya Plisteskaya was accepted into the Bolshoi Ballet Theatre. Her talent was noticed early on: she had a surprisingly wide step, a high jump and impressive acting skills, all of which quickly earned her an outstanding reputation. By the end of the year, she’d risen from a corps de ballet girl to the lead role in the theatre's production of The Nutcracker.

What followed was a swift ascent to widely accepted success. She took the lead role in

Swan Lake, adapting Anna Pavlova's miniature The Dying Swan and reinterpreting it. The fluidity of her arms and heartbreaking representation of strife and death remain unmatched in the ballet world to this day.

During an outdoor performance of The Dying Swan in 1971, a storm broke out, but the audience forgot to open their umbrellas as they were so taken by the performance! Among them was Pierre Cardin. At the end of the show, the ballerina and the designer were formally introduced. Following their meeting, Cardin happily created Plisetskaya's dance costumes and evening wear. 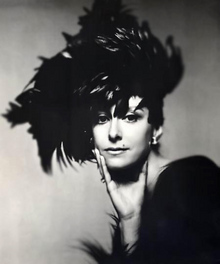 She had indeed taken Paris. In 1977, the then mayor of Paris, Jacques Chirac, awarded her the city's gold medal. She had, as planned, also taken the world. The list of her rewards is long and varied. Amongst them, are the most prestigious prizes of the dance world, including Premium Imperiale, informally considered a Nobel Prize for the Arts. She was also awarded the French Legion d’honneur in 1986, much to the surprise of numerous Soviet officials, who thought it was a title reserved solely for war heroes and political figures.

The ballerina retired from the Bolshoi theatre in 1990, aged 65. On her 70th birthday, she debuted in Bejart's piece choreographed for her and entitled Ave Maya. Since 1994 she has presided over the annual international ballet competitions called Maya. In 1996 she was named as President of the Imperial Russian Ballet.

Apart for her dazzling success as a ballerina, Plisetskaya has also starred in a number of films and directed several ballets herself, including her husband's Anna Karenina, which revolutionised the ballet world in 1971. Plisetskaya currently lives in Munich with her husband. Over the years, she’s worked with the world's best choreographers, such as Maurice Bejart, Yury Grigorovich, Roland Petit and Alberto Alonso.

Over 80 and going strong 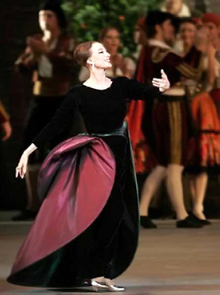 Much has been said in praise of Plisetskaya personality. Critics say that she turned her natural audacity into an art form. She wasn't afraid to break away from historical canons and experiment with different styles of dancing, combining them with classical ballet. Her talent was noticed early on, but affirming her own unique style took a long time.

Yet, eventually, it earned her a reputation which was described by the Financial Times on her 80th birthday thus: “She was, and still is, a star, ballet's monstre sacré, the final statement about theatrical glamour, a flaring, flaming beacon in a world of dimly twinkling talents, a beauty in the world of prettiness”. Her life and work so far was summarised by the French ballet critic André Philippe Hersin in three words: “genius, audacity and avant-garde.”