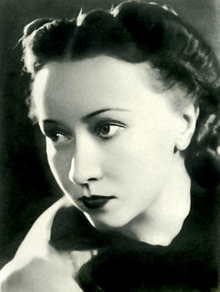 Galina Sergeevna Ulanova was an iconic figure in Soviet ballet. Russian composer Sergey Prokofiev called her “the genius of Russian ballet, its elusive soul and its inspired poetry” while another legendary dancer of the 20th century, Rudoif Nureev, was convinced she was “the world's Number One ballerina.”

She was born into a family of ballet dancers. In the years following the October Revolution they had to earn their living dancing in cinemas before movie screenings.

The family was not so much concerned that little Galina follow in their footsteps but rather that she learn the skills that could always bring her a piece of bread.

Ulanova's first teacher was her mother, Maria Romanova. At the age of nine Galina was admitted to the Petrograd Ballet School (St. Petersburg was renamed Petrograd during WWI and then became known as Leningrad in Soviet times). Ulanova later recalled that she never liked ballet classes and only attended them out of a sense of duty (to her parents).

“No, I did not want to dance. It's not easy to get to love what is difficult. And it was always 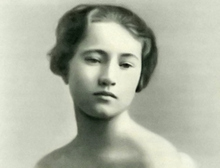 difficult; it's common in our profession: either your leg hurts, or you don't succeed in performing a movement properly…” she said.

At the ballet school Ulanova was coached by Agrippina Vaganova, the famous dancer and pedagogue who is credited with creating a renowned system for training ballet dancers.

Despite her dislike of dancing, Ulanova was a talented student – something her teachers noticed during her first year at school. And her performance at her graduation concert only proved this – immediately afterward, she joined the ballet company of Leningrad's Kirov Theatre (now Mariinsky Theatre).

Her debut on the professional stage came in 1928 when she appeared as Princess Florina in “Sleeping Beauty.” Much heralded for this part, Ulanova later said she was not happy with the performance – partly because of fear and partly because of her excessive self-criticism. 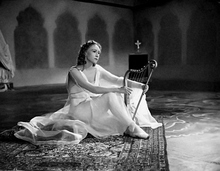 The next year she played the role of Odette-Odile in “Swan Lake.” It was another success.

She was very scrupulous about her roles – she read, mediated and improvised a great deal. She used to say that at the core of her system “was a promise given to myself to fulfil this or that thing. It was my basic principle, the essence of my life. Such behaviour became a habit and the reason for what they call my success.”

The ballerina created magnificent images and incarnated complicated, dramatic collisions in her dancing. 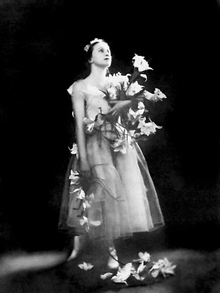 One of Ulanova's most notable roles throughout her career is that of Giselle. She was given the part by chance in 1932 when she had to substitute for a leading ballerina who fell ill. Ulanova had never seen the great Anna Pavlova or Tamara Karsavina dancing Giselle and had to come up with her own interpretation. The subtle lyricism and amazing truthfulness she brought to the role coupled with her masterful technique became an ideal for other dancers for.

Her repertoire was extremely varied. She starred as Coralie in “Lost Illusions,” Cinderella in Prokofiev's ballet of the same name, Katerina in “The Tale of the Stone Flower” and Tao Hoa in “The Red Poppy.”

Noted for her lyric grace and beauty and the emotion of her superb acting, Ulanova particularly excelled in Lavrovsky's version of Prokofiev's “Romeo and Juliet” (1940). She was the first Juliet to grace the Kirov Theatre stage.

Another of Ulanova's famous roles is Maria in “The Fountain of Bakhchisarai,” which she danced for several years and never stopped polishing.

Theatre. With this company she first appeared abroad, where she was immediately hailed as one of the greatest ballerinas since Pavlova.

After her official retirement in 1962 she continued to teach at the Bolshoi, where she worked with Ludmila Semenyaka, Ekaterina Maksimova, Nina Timofeeva and Nina Semizorova.

Ulanova won a number of international prizes, including the Anna Pavlova Prize of the Paris Academy of Dancing (1958) and the Oscar Parcelli Prize

On November 16, 1981 a UNESCO – sponsored evening devoted to Ulanova was held in Paris, with a performance of the ballet “In Ulanova's Honour” (choreographer Vasiliev). In 1984, a statue of Ulanova by the sculptor E. Yanson-Manizer was erected in Stockholm and that same year in St. Petersburg, the sculpture M. Anikushin dedicated a bronze bust to the legendary ballerina.