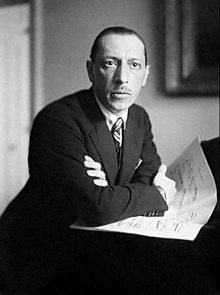 Stravinsky is most famous for his three ballets, “The Firebird,” “Petrushka” and “The Rite of Spring” (the latter causing huge controversy). Most importantly, he was noted for constantly reinventing music and being an overall musical revolutionary, sometimes offending people with his drastic ideas along the way.

However, he was also an accomplished pianist and conductor, often leading orchestras in the premieres of his new works.

Stravinsky’s father wanted his son to pursue a career in law, which, at first, Stravinsky did, enrolling at the University of St. Petersburg. However, with the passing of his father and his burgeoning interest in music he finished with only a half-diploma and starting taking music lessons from the great Rimsky-Korsakov.

In 1906, Stravinsky married his cousin Katerina Nossenko and had two children.

The Russian composer got his first break in 1909 when his ballet “Fireworks” premiered in St. Petersburg. The famous director of the Ballets Russes in Paris, Sergey Diaghilev, was so impressed that he commissioned Stravinsky to compose a full-length ballet.

Stravinsky traveled to Paris in 1910 to attend the premiere of the ballet “The Firebird.” His family soon decided to join him and went on to spend a great deal of time in the West. After a brief return to Russia in 1914, Stravinsky did not return to his native homeland for 50 years.

In was in 1913 that Stravinsky composed his most famous and controversial piece of music. “The Rite of Spring” (Russian: Весна Священная or “Sacred Spring”) was a piece based on old Russian pagan traditions. The work was very primitive rhythmically and featured dissonant chords that the famous conductor/composer Leonard Bernstein called the most imaginative anyone has ever thought up.

The first performance, which featured incredibly difficult ballet movements, is said to have caused a riot in Paris. Police were summoned to the scene to restore order after fistfights were reported to have broken out among members of the audience.

Stravinsky said of the performance: "As for the actual performance, I am not in a position to judge, as I left the auditorium at the first bars of the prelude, which had at once evoked derisive laughter. I was disgusted. These demonstrations, at first isolated, soon became general, provoking counter-demonstrations and very quickly developing into a terrific uproar.”

Today, the piece is played often by orchestras around the world, along with his other famous ballets.
After the death of his mother, first daughter and wife from tuberculosis in 1939, and the outbreak of World War II that same year, Stravinsky moved to the United States and settled in Los Angeles. His second wife, Vera de Bosset, followed him the next year.

He ended up spending more time in Los Angeles than in any other city and became a naturalized US citizen in 1946.

During this time, many writers, musicians and composers were also settling in the area including Otto Klemperer, Thomas Mann, Arthur Rubinstein and Arnold Schoenberg. Stravinsky lived fairly close to Schoenberg, and while not becoming close with the composer, used his 12-tone system in a number of late compositions. 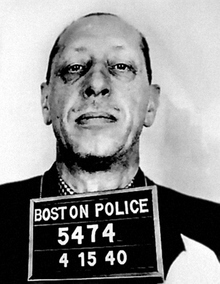 The revolutionary composer cemented his status as such when he was arrested in Boston in 1940 for re-harmonizing the United States national anthem. According to a federal law, changing the harmony is illegal.

Finally in 1962, Stravinsky returned to the Soviet Union for a series of concerts in St. Petersburg (Leningrad at the time). He met with Soviet leader Nikita Khrushchev who tried, to no avail, to convince him to stay in his homeland.

Stravinsky spent the last three years of his life in New York where he died at the age of 88 on 6 April 1971.

Stravinsky was posthumously given a Grammy Award for Lifetime Achievement in 1987 and even has a star on the famous Hollywood Walk of Fame in Los Angeles.

Picasso was also a fan of Stravinsky and made several sketches of the composer.

Overall Stravinsky was considered one of the most educated composers and had a never-ending desire to learn more about life and art. His personal library in Los Angeles had about ten thousand books.

While acquiring a reputation as a lady’s man, he was also devoted to his family and was a lifelong member of the Russian Orthdox Church, saying at one point: "Music praises God. Music is well or better able to praise him than the building of the church and all its decoration; it is the Church's greatest ornament."