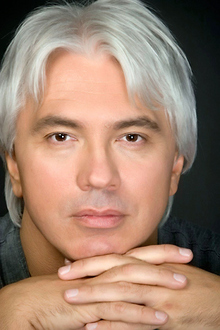 “The older I become, the closer I feel to Russia.”

“If you had talked to me 10 or 15 years ago, I would have said I do not really care about this,” Dmitry Hvorostovsky said at 45. “To become more internationalized was one of my greatest tasks.”

From the moment he won the Cardiff Singer of the World competition in 1989, Dmitry Hvorostovsky has been hailed as one of the great voices of all times. The silver-haired Russian baritone is one reason opera audiences around the world are getting younger, but it is the beauty of his voice – refined and powerful – that cuts across barriers of age and taste.

There is always an audible stir when Dmitry Hvorostovsky strides on stage at the world's great opera houses and concert halls where he now regularly performs. His rare balance of technical command and passion, coupled with a magnetic presence and expansive voice have heightened his reputation over the years.

Dmitry Hvorostovsky is known not only for his operatic roles but also for his recital repertoire which ranges from Tchaikovsky to Ravel, from Purcell to Shostakovich, from Borodin to Sviridov.

Hvorostovsky was born in 1962 in the Siberian city of Krasnoyarsk. His music-loving father sent him to a school for talented children and then to a performing arts high school.

An only child, he lived mainly with his maternal grandmother and his volatile, alcoholic step-grandfather, a war hero. Though devoted to his parents – his father an engineer, his mother a gynaecologist – he saw them mostly on weekends in their small cooperative apartments. 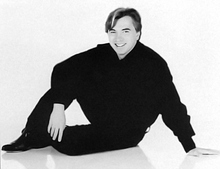 He wanted to study music in Moscow, but his parents were determined to keep the family as close together as possible - “They worried that I would live a dangerous life and lose my talent,” he said.

At first his voice was defined as tenor, but then it turned out that he was a baritone. After victories in student competitions, he became a star at his hometown conservatory. “I was the most cherished, loved and admired boy,” he said. Even before graduating, he was awarded a position at the local opera theatre, where he was nurtured by conductors and coaches.

Hvorostovsky's operatic debut took place at Krasnoyarsk Opera House. It was Monterone in Rigoletto. In 1985 he won the All-Russia Singers 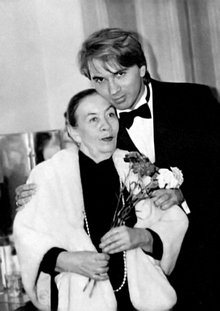 Competition and in 1986 he took first prize at the Glinka Singers Competition in Baku.

In 1986 he joined the Krasnoyarsk Opera and met his future wife Svetlana, a ballet dancer. Choir direction, teaching music and competitions filled the years. Legendary Russian mezzo Irina Arkhipova, who presided over the jury of the Glinka Competition, encouraged him to enter the 1989 Cardiff Singer of the World Competition that launched his Western career.

Hvorostovsky learned bel canto on his own, listening to recordings of great Italian singers from the early 20th century. His combination of impassioned Russian expressivity and elegant Italianate phrasing won over the judges of the Singer of the World Competition in Cardiff, Wales, in 1989. Hvorostovsky, chaperoned by a pair of KGB agents, edged out the Welsh bass-baritone Bryn Terfel for first prize.

Hvorostovsky's win was controversial. “I didn't know who Terfel was until the last round of eliminations, when I heard him sing Wagner,” he recalls. “Only then did I have my doubts about winning.” Terfel won the Lieder Prize – “one of several prizes to calm down the losers,” as Hvorostovsky quaintly put it. Terfel, now universally recognized as one of the world's greatest living singers, was signed up by Deutsche Gramophone.

The hardships of being famous 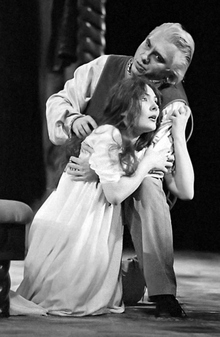 Because the Cardiff Competition was internationally televised, being photogenic was an asset. Hvorostovsky found an agent and signed an exclusive five-year contract with Philips Classics immediately after his Cardiff victory.

But Hvorostovsky also endured rough patches in his artistic work and his personal life during the late 1990s because of excessive drinking and a continuing penchant for rebellion. “I enjoyed the opportunity to be famous, because of my stupidity and stubbornness,” he said. “It spoils you.”

He has been sober since 2001, and he now finds strength from a rich family life with his second wife, Florence, and their children. He also has teenage twins from his first marriage.

Not many opera singers lay claim to have landed on People magazine's list of the “World's Most Beautiful People,” but with his smouldering movie-star looks Hvorostovsky once again proved the exception.

He is grateful that his sex symbol image helped establish his fame, but shudders with embarrassment at the mention of Elle magazine's 1996 “Elvis of Opera” feature. Not that Hvorostovsky is a snob. He thinks Three Tenor-type events attract audiences to classical music, and he has done a well-paying stadium concert himself, in Iceland.

But today his priority is to establish himself as a serious artist. He emphasizes that he is a married man with a loving wife and twins named Daniel and Alexandra. He works hard learning song cycles by Mussorgsky, Mahler, Glinka and Shostakovich . And, so far at least, he has resisted the financial lure of crossover projects.

Often singing for heads of state – usually at their request – he appeared at the July 2006 G8 Summit attended by such world leaders as President George Bush, Britain's Tony Blair and Germany's Angela Merkel.

In 1992 he was awarded the “Golden Orfeo” prize for his recordings with Phillips. That same year Hvorostovsky received the State Premium of the Russian Federation. 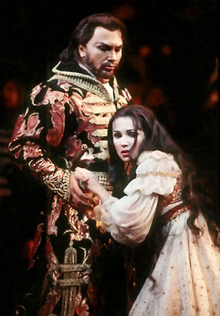 A prolific recording artist, Hvorostovsky published numerous CDs for Philips Records and later for Delos Records, including a CD of hauntingly beautiful Russian war songs entitled Where Are You My Brothers? and Passione Di Napoli, a cornucopia of Neapolitan favourites. His most recent release, in the fall of 2007, Heroes and Villains contains excerpts from Boris Godunov, Wagner's Tannhauser and with arias written for Verdi's great villains.

Taking Russia to the West

Hvorostovsky sang only twice with the Kirov Opera in 1988 and 1991, when they could afford him, and he remains an admirer of Valery Gergiev's “thrilling conducting.” And though Hvorostovsky's parents still live in Krasnoyarsk, he returns to Russia only three or four times a year. He has many Russian fans, but also detractors who accuse him of abandoning Russia for selling out to the West.

But Hvorostovsky retains strong ties to Russia and remains deeply committed to introducing the wealth of Russian music to audiences around the world. He was the first opera singer to give a solo concert with orchestra and chorus at Moscow's Red Square, which was televised in over 25 countries.

In 2005, at the invitation of President Vladimir Putin, Hvorostovsky gave an historic tour throughout Russia – from Moscow and St Petersburg, to Krasnoyask, Samara, Omsk, Kazan, Novosibirsk and Kemerovo – singing to crowds of hundreds of thousands of people to commemorate WWII soldiers. Today, he still tours Russian cities annually, playing before packed houses in stadium-size arenas.

Leonid Utyosov Leonid Osipovich Utyosov is a legendary artist in Soviet culture. He was a brilliant actor, a singer, a conductor, an organizer, and a remarkable story-teller.