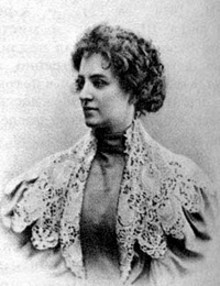 She thought up new ideas, took an active part in lively exchanges of opinion and played a fundamental role in the religious renaissance of her country. For Hippius, the purpose of art was to promote the moral and spiritual development of human beings. Her activities in the Religious and Philosophical Society in St. Petersburg and later in emigration in Paris enhanced her fame in Russian literary circles. Zinaida Hippius was the only female writer to gain recognition equal to that of her male contemporaries in Russian literature prior to the twentieth century.

Zinaida Nikolaevna Hippius was born in Belev, in the region of Tula. She was the eldest of four daughters of Nikolay Romanovich Hippius, who was super-procurator of the St. Petersburg Senate and later became chief judge in Nezhin, in the district of Chernigov. The family surname, spelled ‘‘Gippius” in Cyrillic, was of German origin. Throughout her life the writer expressed a clear preference for the Latin-alphabet spelling “Hippius”. Her mother, whose maiden name was Stepanova, was from Siberia. After her father's death in 1881, Hippius's mother moved the family to Moscow and then eventually to Tiflis (Tbilisi). Hippius was educated primarily at home. Largely self-educated, she was already a published poet when she entered the Kiev Institute for Noble Girls. Later she also studied at the Fisher Private Classic School in Moscow 1882.

In 1888 she met Dmitry Sergeyevich Merezhkovsky, whom she married in Tiflis in 1889. Merezhkovsky was a writer and literary critic, a founder of the modernist movement in Russian literature, who combined fervent idealism with literary innovation. Their literary careers proceeded independently, although their political, philosophical and religious views were in unison. Merezhkovsky is credited with first articulating the basic tenets of Russian Symbolism with his essay “On the Causes of the Decline and on the New Trends in Contemporary Russian Literature” (1892). The couple then moved to St. Petersburg. Their St. Petersburg literary salon became a focal point for the Symbolists, notably Aleksandr Blok and Andrey Bely. Hippius first attracted attention with her unconventional behavior, cultivating an androgynous image, and later as an outspoken and perceptive critic. Among her first literary acquaintances in St. Petersburg were the poets Apollon Maikov and Konstantin Balmont and the prose writers Leo Tolstoy, Akim Volynsky-Fletser, and Maksim Gorky. At the frequent literary soirées that Hippius attended in St. Petersburg, she met such leading figures as Konstantin Pobedonostsev, who was the super-procurator of the Holy Synod, as well as the writers Anton Chekhov, Nikolay Leskov, and the philosopher Vladimir Solovyev.

Beginning in the 1890s, Hippius and Merezhkovsky traveled extensively. 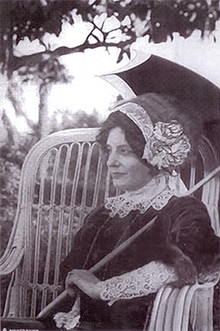 Between 1894 and 1900 the couple undertook trips to Greece, Germany, Italy, and Sicily. Towards the end of the 19th century, they also belonged to the group “The World of Art”, led by Sergey Diagilev, who edited the journal of the same name, established in 1899. Hippius and Merezhkovsky began to publish regularly in “The World of Art” shortly after its inception.

In 1919 Hippius and Merezhkovsky left Soviet Russia via Poland. Together with Boris Savinkov they tried to organize military opposition to Bolshevism in Poland, but their attempts failed. In 1920 the Merezhkovskys left Warsaw and settled in Paris, where Hippius continued her literary activities, contributing to various periodicals. In 1925 Hippius published her reminiscences “Living Faces”. In 1926 the Merezhkovskys organized a literary and philosophical society, “The Green Lamp”, where the discussions centred on literary, religious, and political matters. Hippius's volume of poetry “Radiance” appeared in 1938.

Hippius, who had begun to write poetry as a child, first published her verses in “The Northern Messenger” in the November issue of 1888. Hippius's verse of the 1890s reveals her as an individualistic, aesthetically focused poet, one who dismisses the vulgarity of existence, evokes nostalgia for “that which is not of this world”, as she said in many of her works and letters, and seeks to achieve a deep faith in God. Her early poems may be viewed as discussions of abstract ideas held through rhyme and melody. The poems are reverential and call to mind religious meditations.

After 1900 Merezhkovsky and Zinaida, along with Dmitry Filosofov (a notable critic) and Vasily Rozanov (was one of the most controversial Russian writers and philosophers), were promoting a new religious consciousness through the group “God-seekers”. This group of “spiritual Christians” regularly met with representatives of the Orthodox Church until 1903, when these encounters were banned by the notorious Konstantin Pobedonostsev, procurator of the Holy Synod of the Russian Orthodox Church. In 1901 they founded “The Religious-Philosophical Society” which published “New Path” as its mouth piece. It printed the works of Symbolist writers and published the reports of the Religious-Philosophical Meetings. However they lost a large portion of their readership following Pobedonostsev's ban. In 1904, publication of “New Path” was interrupted, as the couple departed on a trip across Russia, extending beyond the Volga River and meeting representatives of various mystical sects, many of whom Merezhkovsky kept in touch with. 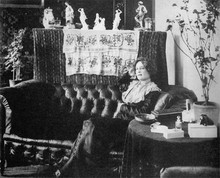 The “philosophy” of Zinaida Hippius, was a highly cerebral religious scheme, based on a faith in the mystical significance of numbers, especially of the holy number three, which was an attribute of the world and humanity as well as of the godhead. History was divided into three periods, the Old Testament and the New in the past, and the Third Testament of the future. Ethics were threefold: personal, sexual, and social, and the sexual act could be represented by an isosceles triangle, of which the horizontal line stood for the “earthly” union of man in the left corner, and woman in the right, while “an invisible vertical line” that ascended “from the middle of the base” to the apex symbolized their “spiritual journey” to Christ. (Without this imaginary line to Christ, the apex, men and women would be no more than beasts.) She needed a particular way of narration to present interesting details from Russia's daily life at the time. She was also trying to notice the process of the philosophical needs of people involved in the religious Renaissance in Russia at the turn of the 19th and early 20th centuries. These people were also seriously touched by such unexpected events as revolutions, civil war and the inevitability of emigration. Moreover, they had to change their former way of reasoning and were forced to adapt to unknown political, economical and cultural realities far away from their country of origin. 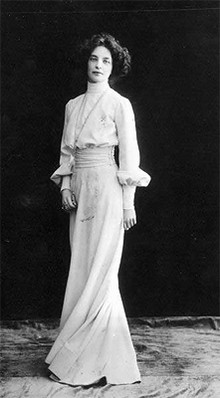 Hippius came to prominence during the cultural renaissance of the Silver Age, generally dated from 1890 to 1917. At that time public discourse was increasingly preoccupied with questions of sexual morality, and mass industrialization was creating a consumer market more open to female writers than at any previous time in Russian history.

Hippius was also a first-rate literary critic and essayist, publishing under the pseudonyms including Anton Krainy, Roman Arensky and Lev Pushchin. Producing literary criticism for the journal “The World of Art”, Hippius wrote unconventional essays in which she expressed her artistic views in the form of an intimate conversation. Her articles were published in other leading literary periodicals under various pseudonyms. She passed stimulating comments on the work of writers such as Andrey Bely, Valery Bryusov and Aleksandr Blok.

Hippius also was known for her prose works. In her two volumes of stories, “New People” (1896) and “Mirrors” (1898), she rejects conventional behavior and ethics. Her protagonists seek new philosophies and participate in debates about God, love and the beauty of the world. Despising the world of ordinary, finite experience, they demonstrate also their loneliness. The compositional design of the stories is well conceived, and the themes and moods are developed with mastery and subtlety. Humor, psychological revelations, and the dramatic come together skilfully. Equally impressive are Hippius's descriptions of nature, filled with symbolism and suggestive power. Sergey Makovsky praises Hippius's “remarkably elegant short stories with . . . beautiful language, always psychologically true, always striking in its descriptive beauty and in its variety of colloquial intonations”. 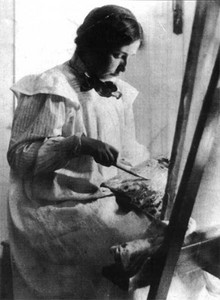 A characteristic attribute of her style is the permanent reduction of the course of narration to situations, persons or places well known to the writer from her own experience or other reliable sources. Another highly evident feature of her' autobiographical prose is an attempt to avoid repeating herself. It is visible mainly in the descriptions of situations and people she discussed in her previous works (in Merezhkovsky's biography). Hence, Hippius often sends the reader back to her previous autobiographical productions. In doing so, she is guided by the pressure of the importance of the specific moment, which in her opinion means a separate chapter in human history. Thus, each of the works analysed is important as a historical document of its time. Hence, each was written by daily life, which is the reason why three of them were not finished. In the fourth, entitled “Autobiographical Notes”, Hippius evidently disputes her own literary image of a decadent poetess. What is most interesting is this text was written to order: it was completed and published close to the First World War. In it, she declares also her preferences for more objective prose works over poetry. Obviously, it could be a certain expression of an intellectual game with the reader, as it can be in all memoirs. Moreover, all the works discussed form a draft of the self-shaping personality of a person influenced by Russia’s religious Renaissance, presenting at the same time the means used by a beginner chronicler.