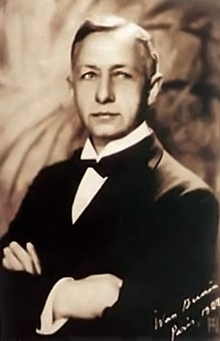 Born into a family of impoverished landowners who descended from an ancient and noble family, he spent his childhood in the countryside, which left a great impression on him. Bunin would later write that his childhood was a life close to ‘the field and peasant huts.’

His early attempts at poetry were made in the first grade, although Bunin was forced at one point to abandon his schooling due to financial difficulties until his elder brother Julius Bunin came to his aid, putting him through high school and most of university.

After the publication of his first poem in 1887 in St. Petersburg’s Rodina newspaper, Bunin moved to Kharkov, where Julius lived, and started to work. In less then a year he became a court statistician, a librarian and even handled a book shop, until settling to work at Orlovsky Vestnik, a local newspaper.


There he met Varvara Pashchenko, whom he soon came to love. Their relationship lasted until 1894 and became an inspiration for “Life of Arseniev” published in 1930. 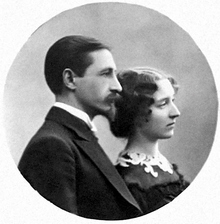 After his break-up with Pashchenko, Bunin was quick to enter an abrupt marriage with Anna Nikolaevna Zakhni, the daughter of a Greek revolutionary, in 1898. The marriage soon ended after Bunin’s only offspring, his and Zakhni’s son, died tragically at the age of five.


Meanwhile, Bunin began a correspondence with Anton Chekhov and fell heavily under the influence Leo Tolstoy. He even visited some of Tolstoy’s followers’ communes in Ukraine. However when he met Tolstoy himself in 1891, the master played down the role of his followers, urging Bunin not to get too involved in the movement.

In his early years Bunin was also close with Maksim Gorky, but when the latter wrote about Bunin’s Antonov Apples, the short story seen by some as Bunin’s ‘birth certificate’ written in 1900, that they ‘do smell good, but they smell not at all democratically’ the two grew more and more distant.

Next in the list of authors who influenced Bunin is Henry Wadsworth Longfellow. In 1890 Bunin 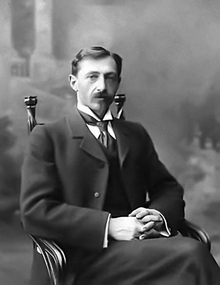 taught himself English and translated Longfellow’s Song of Hiawatha, which was published as a supplement to the Orlovsky Vestnik.

The iconic Ukrainian Taras Shevchenko was also among the authors whose works Bunin translated in his early years.

In 1895 Bunin moved to St. Petersburg and subsequently to Moscow where he met many of Russia’s literary elite. It took Bunin two years to finish his first book of short stories, and six to complete his first collection of poems entitled Listopad (Leaf Fall).

Bunin’s first major award – the Pushkin’s prize for Listopad and the Song of Hiawatha – came in 1903. By then Bunin had undergone a major transition from poetry to writing short stories, which was seen by many as a

wrong move, including most notably, Vladimir Nabokov, who held Bunin’s poetry in very high esteem, while his prose less so. 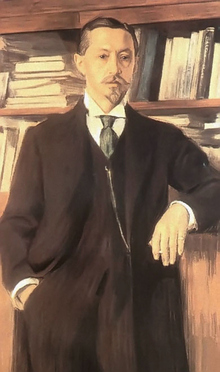 Settling down in Moscow was obviously going well for Bunin. After publishing a number of successive novels such as The Village and Dry Valley, he was considered a major Russian writer. He met and married Vera Muromsteva in 1906, and travelled with her to the Middle East. An array of successive books and translations of Byron, Tennyson, and Musset brought Bunin his second Pushkin prize which landed him in Russia’s Academy of Science.

After spending the winters of 1912-1914 with Gorky on the Italian resort island of Capri, Bunin wrote probably his most famous short story The Gentleman from San Francisco. It deals with the dramatic death of a retired U.S. nouveau riche at a pompous Capri hotel, during his travels in Europe.

Bunin did not greet the 1917 October Revolution with enthusiasm; he left Moscow for Odessa soon after the Bolshevik state was formed. In 1920, Bunin left the Soviet Union altogether to settle in the French town of Grasse.

He was hailed by the West as the eldest and biggest Russian writer alive and immediately became a chair of the Union of Russian Writers and Journalists. In the mid-1920s he contributed to various French media and published his diary from the early months of the Bolshevik Regime – The Accursed Days.


In the late 1920s, while still married, Bunin met the last major passion of his life – the young poetess Galina Kuznetsova. Of course Bunin’s romances with other women continued right up to the end of his life (his private life is the subject of the internationally acclaimed Russian movie His Wife’s Diary), but his affair with Kuznetsova stands taller then the rest. 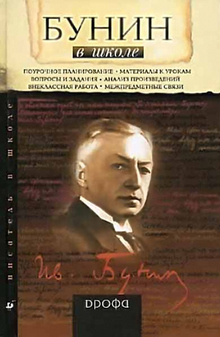 They met at a Cote d’Azur cafe and despite an age gap of 30 years, quickly fell in love. Kuznetsova left her husband and spent a lot of time at the estate that the Bunins’ leased, helping Ivan with his life’s greatest work – his autobiographical novel The Life of Arseniev.

Their affair lasted until 1933, when Kuznetsova fell in love with a female singer.

Another remarkable event for Bunin happened in 1933: he became the first Russian to be awarded the Nobel Prize for Literature. Despite this acclaim Bunin never managed to properly settle down in France, wandering between rented houses in Grasse, Paris and the Cote d’Azur.

Though the official statement claimed Bunin was awarded for his ‘artistic talent, which helped him to recreate a typical Russian character,’ everyone knew the real reason behind his winning the prize was the publishing of The Accursed Days, which voiced his aristocratic aversion to the harsh realties of the Soviet state.

Though one might call awarding Bunin a populist move, it is no less justified

by the scale of his talent, which in due course showed itself in his diaries. The Accursed Days is a most striking account of how things were done in the early Bolshevik years that contains painfully realistic portraits of some important figures of the time.

The quote below is a vivid example.

«…And after that I was at another festivity devoted once more to Finland – a banquette in the honor of Finns, following the opening of the exhibition. […] All the same attended – the whole ‘crème of 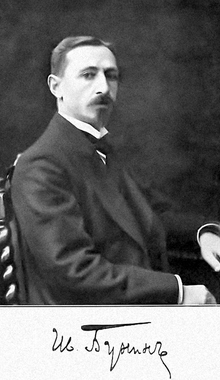 Russian intelligentsia’, meaning famous painters, artists, writers, socialites, newly appointed minister and a foreign elite member: the French ambassador. But the one to overcome everybody else was the poet Mayakovsky . I was sitting with Gorky and Finnish painter Gallen.


Mayakovsky  began by approaching us without any invitation, putting a chair between us and starting to eat from our plates and drink from our goblets. Gallen stared at him the way he would probably stare at a horse, if someone would’ve brought it into the hall. Gorky laughed. I moved away. Mayakovsky took a notice.

– You hate me a lot, don’t you? – he asked me lively. Without any constraint I responded, that I don’t: that would do him too much honour. He almost opened his trough-shaped mouth, to ask something else, but at that moment the Minister of Foreign Affairs rose to tell an official toast, and Mayakovsky ran for him to the middle of the table.

There he stood on a chair and barked something obscene out, startling the Minister. In a second, recovering, he started again: “Gentlemen!” But Mayakovsky screamed even lauder then before. After another vain attempt the Minister lifted his hands in dismay and sat down. […]

Yet another festivity was on in Petersburg at the time – Lenin’s arrival. “Welcome!” – Gorky hailed him in his newspaper. And he came – as another claimant of the heirloom, with his claims very serious and clear. But he was greeted with the honor guard and music at the train station. Lenin was also let to live in one of the city’s best houses, not a least bit owned by him of course…»

Bunin was a strong opponent of the Nazis, which was hardly just the consequences of an 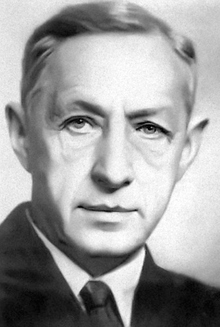 inconvenient detention on his way to accept the Nobel Prize in Stockholm by the Nazi authorities, who made him drink a bottle of castor oil to prove false the ridiculous jewel smuggling allegations against him.

During the occupation of France, Bunin sheltered a Jewish writer in his house in Grasse and wrote his celebrated cycle of nostalgic stories The Dark Alleys, published in 1946.

Towards the end of his life Bunin seldom wrote poetry and started to treat the Soviet Union with some warmth. He even made plans of returning, which were cut short by his death.

Bunin died of a heart attack in 1953, the same year as Joseph Stalin , and just a year later his works began to be published in Soviet Union.

He is buried in the Sainte-Genevieve-des-Bois Russian Cemetery.