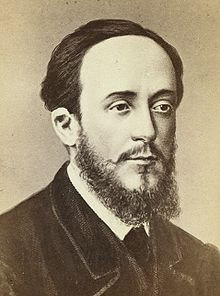 Disappointments at a young age

Dmitry Pisarev was born on October 2(15 O.S.), 1840, in the province of Oryol (in Central European Russia). The son of a member of the gentry (not of a priest, unlike many of the other radical critics of the 1860’s), he was raised in a family with strong cultural and artistic traditions: his grandfather once removed was in his time a famous military commander, literary man, critic and military historian; his uncle was a playwright, interpreter, and prominent theater man, author of many vaudevilles; his first cousin was an actress who performed under the pseudonym Marko Vovchok.  She was also a writer of short stories and novels in Russian and Ukrainian and achieved some prominence in the mid-19th century as the author of peasant tales and satirical accounts of the Russian gentry; his first cousin Raisa Koreneva also became a writer. Incidentally both cousins played a tragic role in Dmitry Pisarev’s life.

Raisa, the first cousin, was raised at the Pisarevs’ house together with Dmitry. He fell in love with her at an early age. He even hoped she would become his wife one day, but she chose another man over him.

The only son in the family, Dmitry was brought up and nurtured by his loving mother. A former boarding school girl, she taught him to read by the age of four. He also spoke fluent French. At seven he tried writing novels, and at the age of ten he started writing his diary in French. He was not allowed to communicate with the serfs, as he was being groomed for a brilliant career in high society. He never contradicted his elders and grew up an obedient, “good boy”. However his own inner strength combined with his promptness in obeying the family resulted in a clash within his character: he had an inclination to an aggravation and excessive self analysis, dreaminess, and feeling of loneliness.

He was sent to the St Petersburg gymnasium at the age of eleven, but lived at his uncle’s house out of his own pocket, surrounded by the same manorial atmosphere as in the countryside. He was still perfectly diligent, unquestioningly obedient and in his own words, “one of the sheepish kind”. Although he aspired to scholarly distinction and graduated in 1856 with a silver medal, he possessed only superficial knowledge and no great intelligence. In his autobiographic article Our University Education (1863), Pisarev criticized the lack of consistency in his gymnasium and subsequently university education for its detachment from real life. He also confessed that upon graduation from the gymnasium at 16 years old, his favorite activity was coloring pictures in illustrated publications and his favorite reading was James Fenimore Cooper’s stories and Alexander Dumas’s novels. Macaulay’s History of England was overwhelming for him, critical articles seemed to be “a code of hieroglyphic writing” and he knew Russian writers only by their names. At the same time, his senior years up until 1859, he joined and participated in the Society of thinking people, a group which propagated the rejection of the joys of life, self-denial, and austerity. 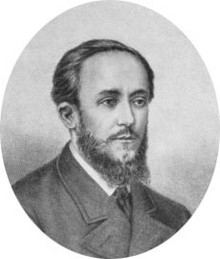 In 1856 he entered the St Petersburg University to study philology and history – he explained his choice by professing his hatred of mathematics. His student years didn’t bring him any satisfaction – he graduated with a ‘poisonous seed of skepticism’ that predefined his nihilistic attitude to traditional, cultural and esthetic values, "Here is the ultimatum of our camp. What can be smashed must be smashed; whatever will stand the blow is sound, what flies into smithereens is rubbish; at any rate, strike out right and left, no harm will or can come of it."

Later, Pisarev claimed that even reading newspapers would have been of more value to his development than the first two years at the University. However, in his third year at the University (1858) he found employment in a magazine for young women called Dawn (Rassvet in Russian) and soon underwent a personality transformation into a confident brilliant conversationalist. In the magazine he was responsible for the bibliographical section which, in his own words, “brought him out from a sealed cell into the fresh air”. From then on, life in the University would gradually fade into the background, and Pisarev would decide to stay in the literary field.

However a real ideological crisis and an inner breakthrough occurred in the summer of 1859 – aggravated by the unrequited love he felt for his first cousin, Raisa Koreneva. Neither the object of his first love, nor the family appreciated his feelings. This was no longer a childish emotion, but that of a “grown-up”, and Dmitry had to fight a battle with his unanswered passion. His suffering seemed to do far more for him than all his bibliographic exercises. In one of his letters to his mother, Pisarev connected his broken heart with his new mood, “I decided to focus all the sources of my happiness inside of myself. I started building a whole theory of egoism, admired this theory and believed it to be unbreakable…”

It showed how much Pisarev was a man of affects. His life was full of “explosions” that were immediately reflected in his ideology. The former ‘sheep’ had been transformed – his idyllic obedience turned into an incredible skepticism, almost a denial of the sun and the moon. He was turning into an atheist and a radical, and his ego grew to an incredible size. In his spurt of megalomania, Pisarev started studying Homer to prove one of his “titanic ideas” about the destiny of the ancient people. The mania ended in a very real mental illness: Pisarev was confined to an institution, where he twice attempted suicide. Four months later he escaped. He was taken to the countryside and his health improved. However some eccentricity remained in his character until the end.

In 1860 despite being offered a position in the Contemporary (or Sovremennik – a Russian socio-political and literature magazine founded by Aleksandr Pushkin), Pisarev began to write for its competitor, The Russian Word (Russkoye Slovo, published and edited by the poet Nikolay Nekrasov). The spring 1861 saw Pisarev graduate from the University and from 1862 until 1866 Pisarev served as the voice of the journal.

His inner changes and collaboration with The Russian Word led to a break-up with his university friends who believed journalism to be a betrayal of science. Pisarev happily went down the path of social and political writing, and produced more than 50 print pages a year.

Pisarev welcomed Ivan Turgenev’s novelized portrait of the nihilists in his book “Fathers and Sons”, and published his support in his essay Bazarov, written in the spring of 1862. A few weeks later Pisarev was imprisoned for writing an article (meant for illegal distribution), that criticized the Tsarist regime and defended the social critic Aleksandr Herzen, editor of the London-based émigré journal The Bell (Kolokol). It was Pisarev’s only explicit political statement which landed him with four and a half years in prison.

Ironically, Pisarev's arrest marked his own rise to prominence. It did it not stop him from writing, but on the contrary, it developed his writing even more as it was the only entertainment in his cell. Pisarev didn’t complain, but he even found positive sides to it; he could seriously concentrate and focus on writing.

He was allowed to continue his literary work - to write and even publish – in August 1863. He polemicised and argued with other writers of The Contemporary, and in so doing showed his distaste for populism and hope for industrialism. He wrote several influential articles exhibiting his literary panache: Notes on the history of labor (1863), Realists (1864), The historical ideas of Auguste Comte (1865), and Pushkin and Belinsky (1865). His articles on Plato and Prince Metternich, and especially his article Scholasticism of the 19th century brought him fame as a literary critic.

In December 1865, his books and paper were taken away from him as punishment for two articles published in The Russian Word. In April 1866 all literary work at the Peter and Paul fortress where he was imprisoned was forbidden after an unsuccessful attempt on the Tsar’s life.

Pisarev’s work behind bars was marked by growing radicalism. His essay The Destruction of Aesthetics was his swan song. He announced that he ‘would rather be a Russian shoemaker than a ‘Russian Raphael’ and he proclaimed that culture, history and art are useless and that only science can point the way to the future.

In November 1866 Pisarev was released from prison, his mother having provided bail. However, he was required to remain in St Petersburg. He found it difficult to occupy himself as a free man. He worked unenthusiastically on Notes of the Fatherland (Otechestvennye zapiski), a successor to The Contemporary. He also fell into another one-sided love affair – this time with his second cousin Maria Markovich (Marko Vovchok). In the summer of 1868 Pisarev traveled to Dubbeln at the Gulf of Riga with his new love and her son, and on the 4th of July he drowned while swimming in the Baltic Sea. It is generally believed that his death was intentional, as “circumstances suggested suicide”.

His death came at the age of twenty-eight – in the middle of his productive prime. One of the brightest and most original thinkers and literary critics of the 19th century, a romantic and idealist who truly believed in the power of mind and knowledge, Dmitry Pisarev was one of those who propelled the democratic-revolutionary trend in Russia during the 1860’s. Four years after his death an official censor wrote that “of all the Russian socialist writers, Pisarev seems to be the most popular among the younger generation…”, the generation of revolutionaries from 1905 and 1917.

Pisarev’s ideas also continued to influence other writers, notably Fyodor Dostoyevsky. Some even say Pisarev’s radicalism lived on throughout centuries and his influence can be tracked not only in Russia, but right through to Europe’s “new left” of the 1960’s-70’s and the anti-globalists at the beginning of the 21st century.