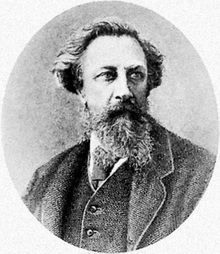 Count Aleksey Konstantinovich Tolstoy was a Russian poet, novelist and dramatist. He wrote beautiful ballads, a historical novel and some licentious verse and satires that were published under the pen name of Kozma Prutkov. But Tolstoy’s true contribution to Russian literature was his trilogy of historical dramas.

Aleksey Tolstoy was born on 5 September 1817 in Saint Petersburg to the famed family of Count Tolstoy. His mother, Anna Perovskaya, was one of the reigning beauties of the times and his father was the elderly count and widower Konstantin Tolstoy (the boy was also a half-cousin of one of the most famous and best-recognized Russian writers of the 19th century – Leo Tolstoy). The marriage of Anna and Konstantin was not a happy one. Soon after Aleksey was born his parents separated. When he was just six weeks old he was taken by his mother to Ukraine, to a small village belonging to his uncle Aleksey Perovsky, Anna’s brother. Tolstoy spent his childhood at his uncle’s estate. It was Perovsky who raised the future poet. A writer himself, he encouraged the boy’s passion for verse, reading all the poems the boy wrote in his childhood and youth. 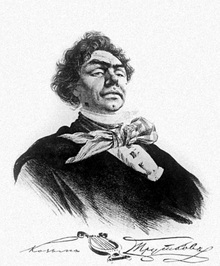 At the age of eight Aleksey, accompanied by his mother and uncle, moved to Saint Petersburg. With the help of his uncle’s friend, Vasily Zhukovsky (the foremost Russian poet of the 1810s), Aleksey was introduced to the eight-year-old heir to the throne (who was to become Emperor Alexander II) and was among the very few children that were allowed to visit the crown prince on Sundays to play together. Thus began a long-lasting friendship. Alexander’s wife, Empress Maria Alexandrovna, also loved Aleksey and esteemed his talent and personality.

In 1826 Aleksey, together with his mother and uncle (his irreplaceable companions) traveled to Germany. One of Aleksey’s most cherished memories of the trip was his visit to Johann Wolfgang von Goethe while in Weimar; Tolstoy even remembered sitting in the great writer’s lap.

From Germany the family went to Italy and the country absolutely charmed Aleksey. He recalled the journey started from Venice, where his uncle purchased several highly valuable paintings at the old Grimani Castle. From Venice the travelers moved to Milan, Florence, Rome and finally to Naples. Each of the cities reinforced Aleksey’s love of art and when he returned to Russia he fell into despair and longing for Italy; his mother remembered her son refused to eat and even sometimes cried at night. 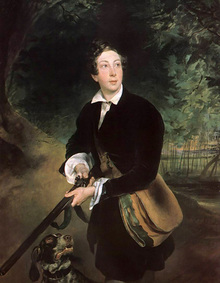 Aleksey received a good education at home and in the mid 1830s became one of the so-called “archival” young men; these young gentlemen continued their studies at the Moscow Main Archives of the Ministry of Foreign Affairs.

In 1836 Aleksey took a four month leave in order to accompany his uncle, who was seriously ill at the time, to Nice where the climate was better; on the way to France, in a small Warsaw hotel Aleksey’s uncle died. He left his estate and fortune to his nephew, making young Aleksey Tolstoy a well-to-do gentleman. Until his last day, his uncle remained young Aleksey’s main adviser in all his literary activities and presented his works before the court of Vasily Zhukovsky and Alexander Pushkin, with whom he was on intimate terms and whom he trusted implicitly; moreover, the two renowned poets praised the works of the up-and-coming author.

In December 1836, while studying at the Archives, Aleksey Tolstoy passed an examination in sciences at the Moscow State University and was given a position with the Russian mission under the jurisdiction of the German Seym in Frankfurt am Main. Tolstoy hated civil service and dreamed of becoming a poet, but he didn’t dare give up his work for fear of upsetting his mother. The job was just a formality and though Aleksey went to Frankfurt once (during this trip he met Nikolay Gogol, a well-known Russian novelist, humorist and dramatist for the first time), he spent most of his time like every other young dandy – going to theatres, hanging out with friends and frequenting various guest-nights.

In 1838 Tolstoy went abroad. At first he lived in Germany and later moved to Italy and then to France. In France he wrote his first short stories (in French) “The Family of the Vourdalak” (1839) and “The Meeting 300 Years Later” (1839). The stories, however, were published only after Tolstoy’s death. Both are examples of mysticism in literature (Tolstoy’s interest in the afterworld and paranormal phenomena increased over time – he was fascinated by table-turning and once even visited spiritual sessions organized by the well-known spiritualist Hume).

In 1839 Tolstoy returned to Russia where he continued to live the high life, flirting with ladies at balls, spending money in grand style and hunting on his estate. Hunting became Tolstoy’s passion – once, at the risk of his life, he went to hunt a bear armed only with a fork; Aleksey was a strong man and was noted for his remarkable physical might – his acquaintances recalled that he could twist silver forks and spoons and was able to curve out horseshoes without turning a hair.

In the 1840s some of Tolstoy’s ballads and poems, loved and much quoted by the public, were set to music by Russian composers (“My Bell-Flowers,” “Burial Mound,” “In the Midst of a Rout Ball” and some others). 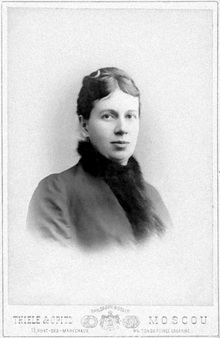 1841 was the year of Tolstoy’s literary debut; under the pen name of Krasnogorsky he published the mystic novella “The Vampire,” which was the first ever novella with an “afterworld” theme to be published in Russia. The novella was praised by Belinsky (a Russian literary critic with Western tendencies).

During the 1840s Tolstoy wrote a number of verses and ballads and started writing his only and much admired historical novel “Knyaz Serebrenny” (“Prince Serebrenny”), which was finished only in 1863. But Aleksey did not aim at publishing his works, he wrote mainly for himself.

In 1850 Aleksey and his cousin Aleksey Zhemchuzhnikov took the pen names of “Y” and “Z” and sent a comedy entitled “Fantasy” they had written together to the censorship bureau. The censor made a few minor modifications to the text, but generally liked it and the play received a good send-off.

The premier of the play took place in January 1851 but caused a massive scandal and was officially forbidden. The public failed to understand the originality of the play, the mockery of the absurd dialogues and monologues; Emperor Nikolay I, who attended the premier, left the hall before the play ended.

That same year Tolstoy was conferred the dignity of a gentleman-usher and met his future wife, Sofia Miller. His love for Sofia, which lasted until his last days, inspired Tolstoy and he began to systematically publish his verses, though some of the poems were published under the tried-and-true pen name of Kozma Prutkov.

Kozma Prutkov was invented and brought to life by Aleksey Tolstoy and the Zhemchuzhnikov brothers. Under this convenient pen name the writers published aphorisms, fables, epigrams, satiric, humorous and nonsense verses in the 1850s and 1860s, most notably in the literary magazine "Sovremennik" (“The Contemporary”). The writers even created Prutkov’s biography, which, however, was far from extravagant: Prutkov was born on 11 April 1801 and died on 13 January 1863. He was an administrative official his entire adult life; in 1820, Prutkov entered military service as a hussar only for the uniform. In 1823 he was employed by the Measuring Office and worked there until his death, ending up as its director.

During the Crimean War (1853-1856) Tolstoy joined the army in the capacity of a major, but did not have a chance to take part in military operations; at the very beginning of the war he came down with cesspool fever which nearly killed him. After Tolstoy finally recovered, he participated in the coronation of Alexander II and on Coronation Day was made lieutenant colonel and at the same time an aide-de-camp to the Emperor.

With time soldiery started to press heavily upon Aleksey and he wrested out his retirement (Aleksey even wrote a letter to the Emperor saying that military service and art were absolutely contradictory). After his retirement in 1861 Tolstoy moved to his estate, where he lived permanently (except for his “seasonal” trips to France, Italy and Germany) and where one day he understood he had become a famous Russian poet: his novellas were read during soirees and his verses were quoted by young men and ladies.

In the 1860s Tolstoy became interested in the history of Russia (the Time of Troubles and the days of Ivan the Terrible in particular); this interest resulted in the creation of one of Tolstoy’s most famous works – the historical novel “Knyaz Serebrenny” (or “Prince Serebrenny”). The novel described a momentous period of Russian history - the rise of the centralized regime and the fight with the boyar opposition. It was centered on the character of Ivan the Terrible – the first Russian tsar. In his novel Tolstoy supported the boyars whom he considered far more honest and sincere than the monarch. 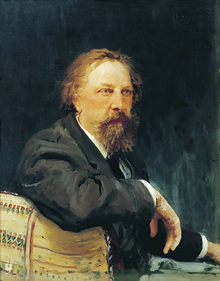 Tolstoy also took an interest in Russian history during the period before the Tartar Yoke; he idolized his native country during this epoch and cried content with it in his ballads, verses and folk tales.

In 1862 the dramatic poem “Don Juan” was published and between 1866 and 1870 a historical trilogy followed, which included three tragedies: “The Death of Ivan the Terrible” (1864), “Tsar Fyodor Ioannovich” (1868) and “Tsar Boris” (1870). The trilogy mirrored life in Russia at the end of the 16th and at the beginning of the 17th centuries. The novels depicted three different epochs and portrayed three unalike monarchs: Ivan the Terrible, obsessed with the idea that his power was God-sent; Fyodor Ioannovich, a kind-hearted and quiet regent; and Boris Godunov, a ruler who was at the same time wise and greedy for fame.

Tolstoy not only tried to avoid the many honors and pennies from heaven fate had in store for them, but even argued with those who wished him well. Aleksey could boast of a facile nature and kindness. Tolstoy’s friends remember him as sarcastic and ironic, though he never offended his acquaintances and family members.

In the closing stages of his life Tolstoy was seriously ill; suffering from raging headaches he started to give himself morphine injections that eased the pain a little. The excessive use of morphine soon led to addiction. Because of the illness Tolstoy spent much time abroad: in summer he lived at different resorts and in winter he moved to Italy or to the south of France. On 10 October 1875 Aleksey Tolstoy died aged 58 on his estate; the cause of his death was morphine overdose.