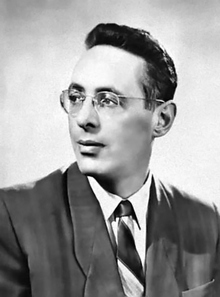 Yury Levitan was born in the city of Vladimir east of Moscow in a family of a dressmaker and a housewife. Since early childhood his only dream was to have his face on posters as a famous actor, whose autograph was sought by thousands of adoring fans. He tried to enter acting school in Moscow, but failed.

It was an advertisement about hiring radio presenters that made him stay in the capital and actually decided his fate. The exam commission was mesmerised by the tone of his voice, his perfect diction and his artistic reading, but his Vladimir accent was not acceptable – the boy was given a job making coffee and sandwiches for presenters on the condition that he get rid of the mispronunciations. 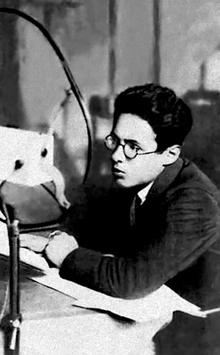 He worked hard every night to make his speech sound perfectly Muscovite, and finally he was given his first professional assignment – Yury had to read a Pravda newspaper article on the radio.

In the 1930s it was the only way to send information to ensure a state-wide paper was reprinted in distant regions fast: a radio anchor read the article slowly and clearly, local secretaries typed it up and sent it for publishing.

This very night when intern Yury Levitan read his first ever article on air, Stalin, who had a habit of working late at night, accidentally tuned to the frequency where the newspapers were voiced. The Soviet leader instantly dialed the head of the Soviet Radio and demanded that the same presenter who’d just read the Pravda articles voice the report for the XVII congress of the Communist party the next morning.

The package with the report was delivered at noon exactly, and for five hours the young man read the speech without making a single mistake. That day a 19-year-old boy became the most important radio presenter in the USSR. But that did not make him stop his efforts in self-perfection: every day Yury Levitan worked on his pronunciation.

The voice of war

In June 1941 Levitan read the Soviet Information Bureau message about the start of the war with Germany and voiced information bulletins from the fronts during all four years of fighting. Soviet marshals said his voice had the 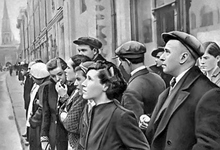 power of a military division. In the list of the enemies of the Third Reich Levitan was under number one. Stalin was listed second. 250,000 Deutschmarks were promised for killing Levitan, and a special SS unit was planning a diversion in Moscow to eliminate the radio presenter.

During the war, Soviet radio broadcast from Sverdlovsk (now Ekaterinburg), in the southern Urals from an equipment-stuffed basement, and Levitan lived in small barracks in complete secrecy. He also voiced documentaries that were edited in the same basement and shown to the soldiers on the front and the people of the fighting Soviet Union. The information of Levitan working from Sverdlovsk was unclassified only 25 years after the end of the war.

His famous message that started with the words ‘From the Soviet Information Bureau…’ was recorded only years after the war’s ended – in the times of fighting no-one even thought of saving it for history’s sake.

On March 5, 1953 Yury Levitan read the news of Stalin’s death. It was his voice that told the Soviet people and the rest of the world about the first ever man in space. All in all he anchored over 60 thousand radio broadcasts.

His personal life was not a happy one. He married in 1938, but after 11 years his beautiful wife left him for another man, and their daughter stayed with Levitan. He never remarried. 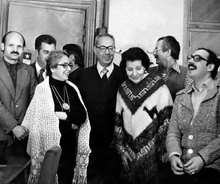 Starting from the seventies, the man who was once the USSR’s most popular presenter could not find a job – party leaders thought his unique voice was strongly associated with times of war. The man who told the country about the Great Victory couldn’t read mundane reports of agricultural and industrial results. From time to time he voiced historical documentaries and movies but spent much of his time meeting war veterans, for whom his voice was sacred.

Yury Levitan died of a heart attack in 1983 during celebrations on the Kursk battle anniversary on the site of the famous fight. Local village doctors had no chance of saving him.