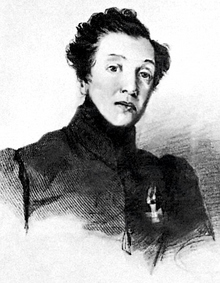 Her father was a cavalry captain and her mother the daughter of a small landowner who married against her parents’ will. Immediately following the wedding the family started a nomadic life travelling with the troops.

Nadezhda’s mother desperately wanted to have a son, and giving birth to a daughter was a bitter disappointment. During the days the infant was taken care of by her mother’s servant and fed cow’s milk from a bottle, in the evenings she was breastfed by peasant women who acted as wet-nurses.

In her memoirs Durova writes that she was one of those ever-screaming babies and once, early in the morning when the troops started a march, her mother was so exasperated with the girl’s screams, she simply threw the baby out of the carriage window. The hussars galloping by were shocked and took the girl to a doctor who was amazed to see the baby suffered no wounds – not even a bruise.

Later the woman completely gave up on the child, and one of the soldiers was ordered to take full care of the girl. By the age of five, young Nadezhda learned everything a boy of this age should know. 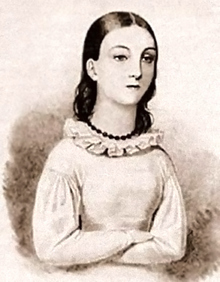 In 1789 Nadezhda’s father was given the post of city police chief in the Vyatka region. Here, her mother tried to teach her traditional handcrafts and housekeeping, but the girl disliked both, preferring to spend most of her time playing military games. Later Nadezhda’s father gave her a horse named Alchides and riding became her obsession.

At the age of eighteen her parents married her off. Within a year she gave birth to a son. This fact is mentioned in her official biographies, but in her own memoirs not a word is said about the boy. By the time Durova came to serve in the army she was not a virgin. Many historians believe she concealed having a child because she was allured by the image of a fighter such as Joan of Arch and wanted to be seen as such a heroine.

Nadezhda had a very close relationship with a lieutenant of a Cossack unit stationed nearby. This lead to family problems and she decided to leave home and join the army. In 1806 she dressed up as a Cossack, saddled her Alchides and joined a

cavalry unit going to Grodno. Nadezhda said her name was Aleksandr and claimed to be the son of a landowner.

In the army now 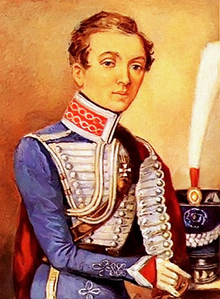 Durova fought in battles at Gutschadt, Geilsberg, Friedland, showing courage along with excellent military skill. In one of the battles, she saved the life of a wounded officer and was awarded the St. George Cross and an officer rank. Later she joined hussars in the town of Mariupol.

During her time in the army, Durova corresponded with her father who was the only man who knew her secret. Soon, however, he wrote to the army chiefs requesting an inquiry into the case of a woman disguised as a soldier. Emperor Alexander I took personal interest in the outstanding woman that showed immense courage and an endless desire to serve her country. He allowed Durova to stay in the army under the name Aleksandr Andreevich Aleksandrov and also awarded her special permission to address the emperor with personal requests.

Soon after, Nadezhda went home to her father and lived with him for about two years before returning to the army on the eve of the Patriotic war of 1812. She fought on the battlefields of Smolensk, Kolotsk Monastery, and Borodino and was wounded in the leg and had to undergo a lengthy period of treatment. When she returned to the troops it was with a new rank of a captain and the position of Kutuzov’s orderly. In 1813 military life took Durova to the war in Germany, where she fought in the battles of Hamburg, Harburg and Modlina fortress.

The outcast of female society

During the entire time Nadezhda spent in the army, her father begged her to quit the service and return home. She finally followed his advice in 1816, received a state pension and went home. She divided her time between her family homes in Sarapul and Yelabuga. She always wore a man’s suit, hated when people addressed her as a woman and was considered by the public as strange and alien. She was also obsessed with animals and spent her days surrounded by her beloved pets. 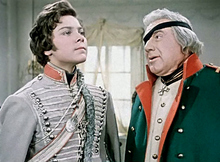 Twenty years later Durova published her first memoirs, then added two volumes of diaries using her army nickname, Cavalry-maiden for the title. Pushkin was very impressed with her literary talent and encouraged Durova to continue writing. The success of the published books inspired her to write novels and short stories.

Her main subjects were women’s emancipation and overcoming the social differences between men and women. At the time they were published, her books received critical acclaim and close public attention, but were soon forgotten.

Durova lived in a small house in Yelabuga up until she died at the age of 83. She was buried with military honours.