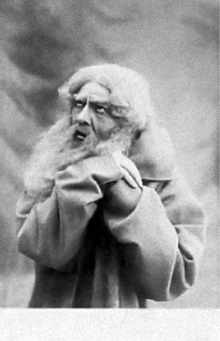 The time of Troubles

When Czar Ivan the Terrible died in 1584, the state was plunged into a period of unrest and invasion called the Time of Troubles.

Ivan’s son Feodor I died childless and a string of would-be-successors battled it out for the throne. Some of those claiming power were supported by the ambitious Polish King, Sigismund III.

Sigismund dreamed of conquering all of Russia and in 1610, taking advantage of chaos in the country, his army captured Moscow. His son was proclaimed Czar but Sigismund wanted the throne for himself.

The beginning of the Romanov dynasty

In 1612 Russian armies managed to expel the Poles. Exhausted by the turmoil, the following year the nobles chose Mikhail Romanov, one of the closest surviving relatives of the Russian royal family, as Tsar. The Romanov dynasty was to rule Russia for the next 300 years until the 1917 Revolution brought an end to the Czarist state.

Yet some Polish troops were still roaming the country. They supported Sigismund who refused to accept defeat and still laid claim to the Russian throne. The Poles set out to kill the newly-chosen Czar who was hiding by some accounts in a remote village, by others, in a monastery.

A life for the Czar 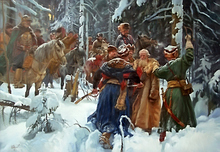 Legend has it that a local peasant, Ivan Susanin, promised to guide them to the hide-out. Instead, he led the Polish armies deep into the marshy woods and perished together with the soldiers. Meanwhile, Susanin’s grandson was secretly sent ahead via a different route, warning Mikhail Romanov, who was concealed from further Polish raids by the monks. Mikhail went on to be crowned Czar and ruled Russia for 32 years.

The Susanin legend became a cornerstone of czarist propaganda. In the early 19th century Ivan Susanin was proclaimed a Russian national hero and a symbol of Russian peasants’ devotion to the Czar. His actions were glorified in literature and music, inspiring the first Russian opera, A Life for the Czar, that premiered in 1836.

While some historians question the truth of the story, many others support it. And though its historical reliability may be debated, the legend lives on, even if over the years it has taken on a different meaning.

Nowadays, the name “Susanin” has become an ironic insult, used to describe a person who claims to know the way, but who eventually gets lost, and leads you to the wrong place.

Aleksandr Nevsky Many Russians nowadays consider Grand Prince Aleksandr Nevsky of Novgorod and Vladimir to be one of the most important heroes in their nation’s history.