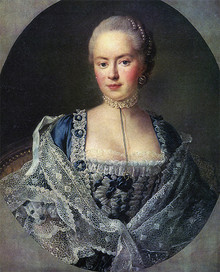 Darya Nikolayevna Saltykova, commonly known as Saltichikha made her infamous mark with the atrocious killings of her serfs. She enjoyed torturing and mutilating her victims. Saltichikha was the epitome of boyar abuse of serfs in pre-reformation Russia. She pleaded guilty to the murder of at least 138 serfs at her estate, and the torture of many more. The name Saltychikha became a synonym for bestial treatment of the peasants.

Darya Saltykova was a Russian Countess who over a period of years turned from a noblewoman into a vicious serial killer. Her maiden name was Ivanova. Her family members were relatively well-connected with Davidovs, Musin-Pushkins, and Tolstoy’s family. Saltykova married young to Gleb Saltykov and was widowed by the age of 26. She became the richest widow in Moscow. With her husband's death, she inherited the beautiful estate near Moscow called Troitskoe, where she lived with her two young sons and over 600 serfs. She also had good property in Moscow.

While she was married, no one had noticed anything special about her. She just seemed gloomy most of the time. Also she was a very pious woman, who donated a lot to churches and monasteries.

One day Saltykova met a young and very handsome Nikolay Tyutchev (the grandfather of well-known Russian poet, Fyodor Tyutchev. As she was getting older and was very lonely, the affair with him raised her spirits a little bit. She soon learned that Tyutchev had a love affair with a young girl and they were even secretly married in church. In blind fury, Saltykova nearly killed her unfaithful lover. Tyutchev and his wife escaped to his relatives’ estate in Moscow and soon fled from the region. Out of revenge Saltykova wanted to kill them, the opportunity was lost.

Soon she started wreaking her anger on her serfs, mostly women. She hated them all. The younger they were, the more she hated them. She treated them as her rivals, giving her enemies no quarter. She tortured children and pregnant women to death by beating them, breaking their bones, throwing them out of the house naked into the frost, pouring boiling water on their bodies and many other vicious and bloody tortures. She didn’t make a habit of killing men - only three accidentally - although she tortured them in a different way. She killed the ones they loved. One of her serfs lost, one by one, three of his wives.

The tortures and murders

Saltykova’s cruelty had no simple explanation, as she would become furious for no apparent reason. At the beginning she would throw logs at her serf girls, when she didn’t like the way they were cleaning the house for example. Then, transported with range, she would beat, whip and torture young girls and women to death. She was a sadist who enjoyed physically abusing her servants. 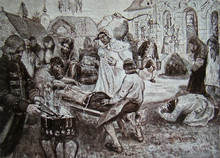 Many early complaints to authorities about the deaths at the Saltykova estate were either ignored or resulted in punishment of the complainants, because Saltykova was well-connected with powerful members of the royal court. Complaints about her possibly killing those who worked for her fell on deaf ears due to her standing in society. After an uproar from many of the victims grieving family members, Saltykova was finally tried and convicted for killing only 38 women – about 100 fewer than in reality.

In the summer of 1762 peasant serfs Sakhvely Martynov and Ermolay Ilyin (the latter had lost three of his wives, beaten to death on orders of Saltychikha) fled from the estate to St. Petersburg, where they eventually brought a petition before Empress Catherine II. The empress ordered the College of Justice to begin an investigation regarding torture and murder. Catherine decided to try Saltykova publicly, in order to further the empress’s lawfulness initiative.

Saltychikha was arrested in 1762. She was held for six years while the authorities conducted an investigation. Most surviving victims and witnesses were afraid to give evidence. Stepan Volkov was the investigator who allowed an action to proceed. Saltychikha was not admitted mad or ill. She was unrepentant of her terrible deeds. Even the priest whose mission was to make her confess to her killings failed to make her talk. She was absolutely sure she would escape punishment. 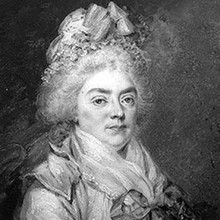 According to forensic detectives, over the period of six to seven years Darya Saltykova murdered by various methods 139 people, mainly women (only three of her victims were men), including young girls of 10-12. Catherine's Collegium of Justice questioned many witnesses and examined the records of the Saltykova estate. The investigating official counted as many as 138 suspicious deaths, of which the vast majority was attributed to Saltykova. She was found guilty of having killed 38 female serfs by beating and torturing them to death. But the Empress was still unsure about how to punish her, as the death penalty had been abolished in Russia in 1754, and the new empress needed the support of the nobility.

Finally, on 2 October 1768, a sentence of life imprisonment in the Ivanovsky Cloister was handed down to Saltykova, preceded by a “civil execution” ceremony on Red Square in Moscow. At a public beating in Red Square, she was chained on a platform for an hour in front of the crowd, with a sign around her neck with the text: "This woman has tortured and murdered." She was then hauled off to live out her remaining years in the basement of a convent.

Saltykova was sentenced to life imprisonment in lieu of capital punishment. Her sentence required her to be incarcerated in a monastery dungeon in chains and in darkness. A windowless wooden room was built for her, so for a long time she lived in complete darkness. She was under 24-hour guard. A nun would bring food and a candle. After meals the candle would be taken away. In the Imperial verdict was also the prescription: “From this reclusion take her out in such a place during church services where she would be able to hear one, without entering the church proper.” In the penitentiary cell, fully dark, Saltykova turned her back on the world for 11 long years.

The Moscow cloister was notorious as a place where many women of aristocratic lineage were imprisoned against their will. Their families would typically make sumptuous offerings for the monastery towards the upkeep of their female relation. It is here, often under the guise of mental illness, that secret female prisoners of the Investigation Department and the Secret Investigations Bureau would be sent, typically involved in political and criminal cases. All of them were held in the stone sacks under supervision of the cloister sisters.

After 11 years, in 1779, Saltykova was transferred to one of the monastery buildings. This room contained a window with shutters. One of her contemporaries recorded her conduct here. Saltikova would spit at curious spectators, would revile them, and shove a stick at them through the window. Whether her mental illness was a result of her solitary confinement or was merely aggravated by it is unclear.