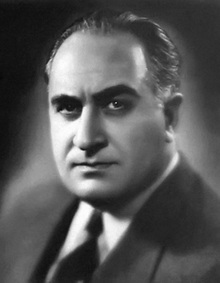 Mikhail Kalatozov was a famous Georgian and Russian film director and a Soviet and Georgian People’s Artiste. His films were loved in the USSR as they still are today in Russia and around the world.

Mikhail Kalatozishvili was born on 28 December 1903 in Tiflis (now Tbilisi, Georgia). When Mikhail was young, he dreamed of becoming a film director. On the way toward achieving his dream, the future People’s Artiste worked as a cinema operator, a film editor, a cameraman at the Tbilisi film studio and even a simple driver.

Mikhail began working at the age of 14 when he was hired as a driver. At the age of 17 he started studying economics, but the subject did not interest him, so he soon quit and turned to what really attracted him – directing and film-making.

Kalatozov began his career in Georgian filmmaking in 1923.

While working as a writer and a cameraman he participated in the making of such films as “The Case of Tariel Mklavadze (1925), “Gulli” (1927), “Gipsy Blood” (1928), for which he was both a co-author and a camera operator, and some others. He even took a shot at acting thanks to his extraordinarily beautiful appearance.

In 1928, with the help of Nutsa Gogoberidze, a Soviet-Georgian director and scriptwriter, and some rare documentary recordings, he produced his first movie “Their Empire,” which affirmed him as a young film director.

The year 1930 marked an important moment in Mikhail’s career – he made his debut as a freestanding film director with the movie “Jim Shuante.” The film was an astounding success partly due to the talent of the young director and partly thanks to the superb ethnographic recordings (the movie was filmed in a small Svan village buried in the heart of a mountain range), the expressive montage and the highly charged political topic – the establishment of the Soviet government in the Caucasus.

The beginning of the 1930s was the beginning of a new era in cinematography – motion pictures acquired sound and the poetical aesthetic was slowly dying away. This was a tough period for Mikhail as he had tried to adapt to the transforming industry. The film he shot at the time, “Nail In The Boot” (1932), was never released.

In 1933 Kalatozov became a doctoral candidate at the Art Studies Academy in Saint Petersburg and a year later he was appointed director of the Tbilisi motion-picture studio; Mikhail occupied the post for nearly four years.

In 1937 Mikhail Kalatozov finished his traineeship at the Art Studies Academy in Saint Petersburg then worked at the Tbilisi film studios for a short period of time. Here, Mikhail did his best to equip the studios with brand new technological facilities, which still function properly to this day.

But Mikhail soon quit the studio as he was accused of “implementing bourgeois ideology.” Kalatozov, however, did not stay unemployed for long - he was soon hired by the “Lenfilm” motion picture studios as a director. Mikhail immediately put his head down, creating two highly successful films about pilots one after the other – “Courage” and “Valery Chkalov.” The principal character of “Valery Chkalov,” a Soviet flying ace, was so popular with audiences that his popularity nearly surpassed that of Chapaev - a celebrated Russian soldier and Red Army commander during the Russian Civil War of 1918-1922 about whom books have been written and several films shot.

At the beginning of the 1940s Mikhail’s success and the people’s affection for him made him the representative of Soviet cinema in the West, particularly in Hollywood.

In 1942, during World War II, Kalatozov, together with Vladimir Gerasimov, the well-known Soviet film director, shot a military drama about the notorious Leningrad blockade entitled “Invincible.” The blockade was the cause of the unsuccessful German military operation to capture Leningrad; it lasted 872 days and caused thousands of civilian deaths. Later another film appeared - “A Concert Dedicated to the 25th Anniversary of The Red Army” - that was co-directed with Vladimir Gerasimov and Efim Dzigan but it was not very popular with audiences. 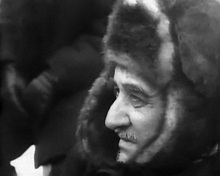 A new period in the life of Russia’s most famous film director was ushered in by the year 1943 when Kalatozov started working at the “Mosfilm” motion picture studios in Moscow. In 1944 he was appointed Head of the Central Administrative Board that dealt with film production. Mikhail held this post for two years – until 1946.

That year, Mikhail’s career reached its peak – Kalatozov was appointed Deputy Film Industry Minister of the USSR, remaining in the post until 1948.

The end of 1940s and the beginning of 1950s was a period of decline in Soviet cinematography - few films were shot and not many directors managed to create truly great pictures.

Still, at the very beginning of 1950s, in 1951, Kalatozov was awarded the USSR State Prize for his film “The Plot of the Doomed.” The film was a political pamphlet, a movie version of a play by Nikolay Virta – a Soviet writer who developed a theory of "conflictless" drama. Apart from the prize the film received back home, it also earned an award at the Karlovy Vary Film Festival.
Kalatozov’s true success was the film that is now quite rightly included in the collection of the world’s most loved and popular movies – the comedy “True friends.” The film won the Karlovy Vary International Film Festival in 1954.

“The Cranes Are Flying”

Kalatozov’s principal film, “The Cranes Are Flying,” an innovatory in its form and essence drama about World War II, won the Palme d'Or at the 1958 Cannes Film Festival. The picture depicted the cruelty of the war and the pain the Soviet people went through; the film showed, and quite vividly, how the war maimed people’s mind, how universal truths got ridiculed and ignored and how the war made people face hard choices they normally would never have to make. Such an atypical approach to judging the effects of war made the story seem more personal, more real, and made the film not just a success, but a true masterpiece of cinematography.
The film represented a new and quite unusual approach to interpreting the war; it was treated not as a universal tragedy, but as the tragedy of one particular couple - their family, their love and their future. The film became the second Soviet film to win the Palme d’Or; the first was “The Turning Point,” directed by Soviet film director Fridrikh Ermler, an actor and screenwriter who was a four-time recipient of the Stalin Prize, 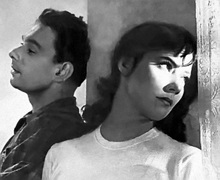 Inspired by the unexpected success of “The Cranes Are Flying,” Kalatozov created another film “The Unsent Letter” (1959). The movie described a group of geologists who died tragically after setting out in search of a diamond field. But despite the hopes Kalatozov anchored on this film, it was not appreciated the way “The Cranes Are Flying” was. The film that immediately followed, the philosophical and romantic “I Am Cuba” (1964) that Kalatozov co-authored with Evgeny Evtushenko was also not very well received. Evtushenko was a many-sided man – he was a known Soviet poet, a novelist, essayist, dramatist, screenwriter, actor, editor and director of several films.

Still, Francis Ford Coppola once said that his famous “Apocalypse Now” was shot after he saw “The Unsent Letter” and that he was greatly influenced by Kalatozov’s film, which was practically unknown to Soviet audience, but much appreciated and loved in the West.

Teamplay with the West 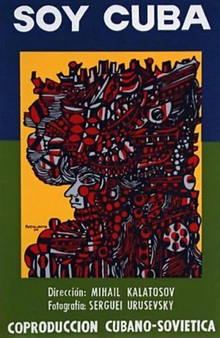 Despite the ill luck of the “Unsent Letter” and “I Am Cuba,” Kalatozov’s last film, “The Red Tent” (1970), a joint Italian-Russian production, was highly successful. The film was based on the story of a mission to rescue Umberto Nobile, an Italian aeronautical engineer and Arctic explorer. He was primarily remembered for designing and piloting the airship “Norge,” which may have been the first aircraft to reach the North Pole, and which was indisputably the first to fly across the polar ice cap from Europe to America.

The film turned out to be one of the best and most fortunate examples of cooperation between Soviet and the foreign cineastes. The picture featured Sean Connery as Roald Amundsen, Peter Finch as Nobile and the star of the Western cinema industry Claudia Cardinale. The film was nominated for a Golden Globe 1972 as the best English-language foreign film.

In cinematographic circles Kalatozov was often called a “cinematograf” for his admitted genius and wonderful films. Kalatozov loved his profession and, having in his youth mastered the twists and turns of practically each and every cinematographic job, did true credit to it.

Kalatozov died in Moscow on 27 March 1973. He was buried at the Novodevichy Cemetery.