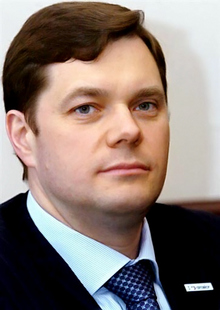 Aleksey Mordashov was born in Cherepovets in the Vologda Region. In 1988 he graduated from the Leningrad Engineering-Economical Institute. A bright student, Mordashov caught the attention of Anatoly Chubais who was a lecturer at the institute.

After graduation Mordashov began his career at the Cherepovets metallurgical plant as an economist and was quickly promoted to chief economist and then planning section chief assistant. In 1992 he spent half a year in Austria, where he trained at the steel-making company VoestAlpine. Upon his return to the Cherepovets metallurgical plant, he was appointed Director of Economy and Finances. The plant was soon reformed into the public company Severstal (Northern Steel). Mordashov was responsible for the privatization of the enterprise. At the age of 27 he founded the branch Severstal-Invest. 24% of its shares belonged to Severstal and 76% to Mordashov himself. He then bought the controlling stock in Severstal. As a result, Mordashov became the owner of the second largest steel company in Russia. When Severstal was re-structured Mordashov took the position of General Director of the management company, Severstal Group. Nowadays Mordashov’s conglomerate includes coal, cars, woodworking, transportation and mass-media companies and banks and insurance enterprises. The Severstal Group Corporation also acquired essential assets in the steel-making industries of Italy and the United States.

In 2001 Aleksey Mordashov received an MBA from the Northumbria University in Newcastle Upon Tyne, in the United Kingdom.

Mordashov ranges among the wealthiest businessmen in Russia. In 2006 Forbes Magazine estimated his fortune at US $7.6 billion dollars, making him the 64th richest person in the world. Annual profits of Severstal had reached US $11.7 billion dollars by then. In 2007 the magazine listed Mordashov as the 9th richest person in Russia worth US $12.1 billion dollars. In March 2008 he was only the 18th wealthiest man in the country. Smart Money Magazine proclaimed that Mordashov’s fortune had decreased considerably because of the world financial crisis.

Since 2000 Aleksey Mordashov has worked in various public and government organizations. Nowadays he tries to stay away from politics preferring charitable enterprises. His corporation sponsors the Bolshoi Theater, the Mariinsky Theater, the Tretyakov Gallery, the Russian Museum in St. Petersburg as well as several sport teams and cinema festivals. Mordashov donated his own money for the restoration of the Valaam Monastery in northern Russian.

Aleksey Mordashov is remarried. He has 4 sons.

The Demidov dynasty The Demidov family was a dynasty of Russian industrialists who developed the Ural region, setting up iron foundries and arms factories.

Boris Berezovsky Boris Berezovsky is a well-known businessman and media tycoon, whose name emerges in connection with almost every notable event in Russia’s modern history.