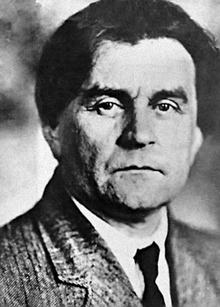 A theorist and ardent proponent of non-figurative art as the supreme form of human creative activity, Kazimir Malevich is best known among the general public for his “Black Square” painting. In creating this artistic manifesto, the embodiment of suprematism or “supreme art,” Malevich immediately put himself at the forefront of avant-garde art.

Getting to know art

The painter was born on 11 February 1878 near Kiev, the capital of the then Kiev Governorate of the Russian Empire, into a Polish family. His father was a manager at a sugar factory and the family moved around a lot. The first of fourteen children (only nine survived), Kazimir spent his childhood on sugar-beet plantations, which would later find their way into his “Peasant Series.” He recalled that although in his tender years he was far from cultural centers and knew nothing about painting or painters, he was always impressed by the beauty of surrounding landscapes. They remained in his memory as “negatives that needed to be developed.”

Young Kazimir always admired the vivid colors of nature – the bright blue sky, yellow rye fields, green trees – but it was an accidental meeting that shaped his future life. One day the boy saw a painter painting a roof, which “was turning green like trees and the sky.” After the man finished and left Kazimir climbed the roof and started painting it. He was not a success but that did not upset him, as he was very happy just to feel the color and the brush. 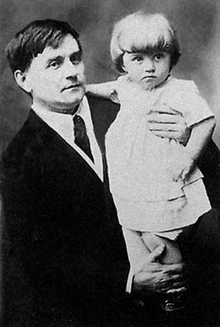 His parents purchased the first brush for their son at a pharmacy – it was one of those used to anoint the throat of diphtheria patients. He loved it and preferred it to the pencil as it allowed him to cover large surfaces with color. Some time later his mother bought him a set of paints. It was a turning point in his life but the family did not realize it yet – Kazimir was supposed to follow in his father’s footsteps in the sugar industry or choose another profession worthy of a “real” man.

Malevich spent five years in an agricultural school – ironically he would never study anywhere else during his life. This would be the only diploma he ever earned. But agriculture was the last thing he was interested in.

When Kazimir was 18, his family moved to the southern Russian city of Kursk. He would spend more than ten years here, marry a woman bearing the same name as he, Kazimira Zgleits, and become the father of two children. Their son Anatoly would die at the age of 14 while their daughter Galina would outlive her father and see his name fall into oblivion during Soviet times.

It seems that without knowing it, his parents had determined the fate of their son just after his birth – by giving him the name of Kazimir, which means “showing the world” or “speaking about the world.” In Kursk Malevich took his first serious steps to becoming a painter. He worked a lot in plain-air, making studies of landscapes at different times of day. Like the impressionists – of whom he knew nothing at the time – he was interested in various light effects. However, always short of money, he could not afford to fully dedicate himself to painting. He worked as a drawer at the Kursk-Moscow railway. “I did not understand why I was there like the bird does not understand why it is being kept in a cage,” Malevich recalled later.

In 1905 he finally resolved to study painting professionally. So he moved to Moscow to try to enter the Moscow School of Arts, Sculpture and Architecture, but failed. In the course of several years he would undertake two more attempts but would never succeed. After several months of unsettled life he had to return to Kursk. But in the short run he came back to Moscow, this time together with his family. His relationship with Kazimira, however, was going from bad to worse and soon they divorced.

In 1909 Malevich married a children’s writer, Sophia Rafalovich. Her father had a house in the village of Nemchinovka near Moscow. Malevich loved the place so much that he spent all his spare time there and even asked to be buried nearby.

Meanwhile he entered the studio of the artist Fyodor Rerberg, a follower of the impressionists, the pointillists and Paul Cezanne. Malevich got acquainted with the avant-garde artists Natalia Goncharova, Vassily Kandinsky and Mikhail Larionov.

In 1910 Larionov invited Malevich to take part in the first exhibition of the “Jack of Diamonds” (“Bubnovy Valet”) art group. This newly formed art union brought together radical avant-garde painters who challenged the standards of academic art. From that time on Malevich exhibited at almost all scandalous art shows. His works of the 1910s – like “The Knife Grinder (Principle of Glittering)” and “The Woodcutter” were marked by cubo-futurism. During this period the painter also explored the poetics of the absurd and the illogical grotesque (“An Englishman in Moscow,” “The Aviator”).

In 1913 Malevich worked in Saint Petersburg, where he entered the “Union of Youth” (“Soyuz Molodyozhi”), which brought together not only avant-garde painters but also futurist poets like Valdimir Mayakovsky, Velimir Khlebnikov and David and Nikolay Burlyuk. Malevich created stage sets for the futurist opera “Victory Over the Sun.” “The first-ever futurist theater” was meant to be a provocation, and the public fell for it. Shouts of outraged viewers mixed with cacophonic music on the stage – it was a scandal.

For Malevich the work on the opera sets was a turning point that marked the beginning of the suprematist period in his art and life. In the 1915 manifesto “From Cubism to Suprematism” the painter defined suprematism as “new artistic realism.” He proclaimed non-figurative art the supreme form of any creative effort and called to do away with the “outdated” subject matter on canvas. “When we get rid of the habit to see in pictures the depiction of landscapes, Madonnas and shameless Venuses, only then shall we see a purely painted work,” he wrote. “Color and form are the only things that should matter for the painter: any painted surface is more vivid than a face with a pair of eyes and a smile on it.” 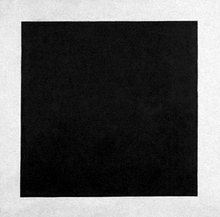 That same year Malevich painted his famous “Black Square” thus transferring his theoretical ideas onto canvas. It was a kind of curtain covering the previous course of history and a call to build a new world. Later he created several versions of the “Black Square.”

Malevich supported the 1917 October Revolution. In the years that followed he worked in agitprop, painting posters and contributing articles about new art to the “Anarkkhia” (“Anarchy”) newspaper.

From 1919 to 1922 he lived in Vitebsk, Belarus, where he founded the “Union of Proponents of New Art” (Unovis) and started his main philosophical work “The World as Non-Objectivity.”

Returning in 1923 to Moscow he headed the State Institute of Fine Arts. In those years Malevich announced and implemented a number of innovative ideas in architecture and design that later made him famous in the West, but not in his own country. His revolutionary enthusiasm had faded by this time – and the Soviet leadership was not fond of his art either. Avant-garde art was no longer in demand and revolt was no longer needed. The Soviet people had to be predictable and obedient. 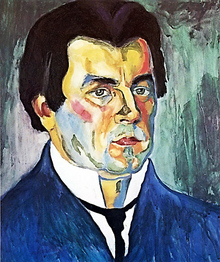 The painter was arrested twice, in 1927 and 1930 but released each time. Despite their suspicious attitude, the Soviet leaders allowed Malevich to travel abroad in 1927. The painter took the opportunity to transfer a considerable part of his works to Germany. They would later become the foundation of the Amsterdam Museum Collection.

Malevich died of cancer in Leningrad (now St. Petersburg) on 15 May 1935. According to his will, his body was burnt and his ashes sent to his beloved Nemchinovka, where they were buried in a field near the house. His tomb was decorated with a black and white cube with a black square on it. During WWII the tomb was lost. For many years his name was obliterated as if he had never existed, until in 1988 the Tretyakov Gallery organized the first exhibition of his paintings. That same year a commemorative sign was put up in the woods near the Nemchinovka field.