In Russian the word sukhoi means “dry,” but that's not why it is world famous. To be exact, it is the first two letters of this word that have been made into a worldwide brand. SU is not an abbreviation of the Soviet Union, but rather the Sukhoi design bureau – a legendary Russian enterprise, which has been producing military – and now civic – aircraft for more than six decades. 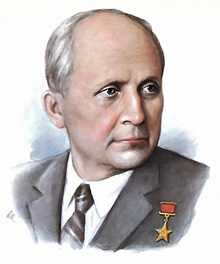 What began as a small design bureau went on to become the Sukhoi Corporation. The Russian government merged Sukhoi with the Mikoyan, Ilyushin, Irkut, Tupolev and Yakovlev design bureaus to form a new company named United Aircraft Building Corporation. Specifically, Mikoyan and Sukhoi were placed within the same operating unit.

But, back in 1939 the young Russian aircraft designer Pavel Sukhoi could hardly have expected that his very own design bureau would become an aviation industry giant. His main factory and design facilities were set up in the city of Kharkov, modern-day Ukraine. Kharkov’s pilot and aviation school was considered one of the best in the USSR and the Soviet authorities decided it would be better for the new design bureau to be closer to the training facility.

But Pavel Sukhoi had other plans. He was dissatisfied with his bureau’s isolation from the country’s scientific spine in Moscow and within a year he managed to earn a re-location for his production line to the Moscow Region.

The first years were rather grim for the Sukhoi bureau. Despite that the country had entered World War II and there was indeed a strong need for good bombers and fighter jets, the SU-6 ground-attack plane, designed by Pavel, was not put into production. It wasn’t sanctioned by Joseph Stalin , who favored the Ilyshin IL-2 plane.

The official reason given was that the production of a new military aircraft during the war would have had a detrimental effect on the speed of production of planes already in use. The unofficial reason, however, according to some sources close to the Kremlin, was that Stalin didn't seem to particularly like Pavel Sukhoi

Birth of a legend

In the post-war years, Sukhoi’s bureau developed several models of aircraft, including the SU-17 and the SU-24. The last fighter Sukhoi designed was the T-10 - or the SU-27 - but Sukhoi did not live to see it fly. On 25 December 1975, several months after Sukhoi’s death, the President of the Academy of Science of the Soviet Union posthumously decorated the designer with the golden medal, in recognition of his significant scientific scholarship.

Indeed, it was this final plane designed personally by Sukhoi , which created a legacy for the Russian military aircraft industry. The SU-27 – also known as the Flanker – made its maiden voyage in 1984, and was quick to impress experts in the Soviet Union. This one-seat jet fighter plane was intended as a direct competitor to the large United States fourth generation fighters like the F-15 Eagle.

The SU-27 could fly within a range of up to 3,500 km without re-fuelling. It carried heavy armament and possessed sophisticated avionics and high agility. From the very beginning the SU-27 was intended for air superiority missions, but was in fact able to perform almost any type of combat operation.

The SU-27’s rise to the rank of one of the world’s most effective fighter jets came in close competition with another Russian fighter jet – the Mikoyan-Ilyushin-Gurevich design bureau’s MiG-29. In fact, their constructive properties are quite similar – especially in aerodynamics. But the SU-27 is substantially larger and heavier than the MiG-29, making it less maneuverable, but at the same time, better protected. 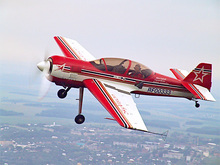 Both models became significant items on the Soviet Union’s – and then Russia’s - list of war-toys for export. These jets have been bought - and continue to be bought - by dozens of countries from all continents, including China, Ethiopia, Venezuela, the Czech Republic, India and Indonesia.

A total of more than 2000 Sukhoi aircraft have been supplied to foreign countries on export contracts. These birds have been used in just about every military conflict near the end of the 20th century.

On one occasion, the two brands even found themselves on opposite sides of a firefight when the Ethiopian army’s SU-27’s reportedly gunned down several Eritrean MiG-29’s during the military conflict between the two countries.

But the history of Sukhoi aircraft also has a dark page. Despite next to immaculate flight characteristics, the SU jets were involved in several crashes, but – according to official reports – all were caused by human error.

The most dramatic one occurred during an air show in Ukraine’s Lviv Region in July 2002 as two inexperienced pilots performed aerobatics in the skies over the Sknyliv airfield. The pilots lost control of the plane during a difficult maneuver and ejected from the jet as it plunged to the ground. However, the plane hit the crowd of spectators, killing 84 people. The two pilots – who survived – were sentenced to 14 and 8 years in prison.

Indeed, it was one of the few incidents of the kind for the legendary brand. And what justifies this status of the SU-27 jet is that it is still being used by the Russian armed forces – 25 years after it took off into the skies for the first time. Over the years, it has undergone different modifications, for example, a two-seater model, the SU-30, was created. But the original design of the Flanker still serves as the basis for all current models. 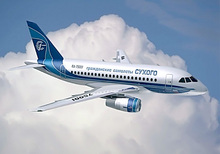 Today the Sukhoi Corporation has turned its sights on the civic sector as well. The bureau has produced Russia’s very first and very own civil aircraft since the collapse of the Soviet Union – the Sukhoi Super Jet 100 – or the SSJ-100.

The 95-seater impressed avionic experts during its presentation at the Moscow Air Show in August 2009 and several deals on the new jet’s purchases have already been struck.

Starting from 2010 several airlines – including Russia’s Aeroflot – will begin using the SSJ-100, opening a new page in the history of the legendary Sukhoi brand.