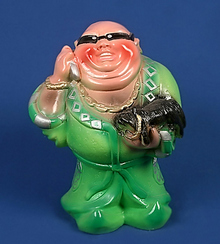 The world of make believe

If the English entry for “showing off” could be converted into a noun, that would be the Russian ponty. The word describes the actions of a person desperate to come under the spotlight, to stand above the crowd and to appear greater than he is. The word has a negative connotation and is often accompanied by the adjective deshevye – Russian for “cheap.”


What the British would describe as “throwing dust in somebody's eyes,” the Russians would define as “throwing ponty.” The term could be attributed to a person who drives a posh car or dresses up in expensive clothes, but doesn't have much to show on his personal account. It could also be said about women who use, but do not really own the accessories of a beautiful life – expensive jewelry, a luxury apartment, a car or a golden bank card.

The word ponty came into general use in Russia in the 1990s during the Perestroika period. They were associated with the Russian nouveaux riches, known for their love for all things bling, such as finger-thick golden chains with massive crucifixes, maroon jackets and expensive cell phones. They appeared to be a reification of ponty amidst the reserved well-off Western elite. 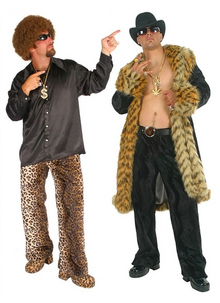 The word is still widely used in modern Russia due to the fact that the nation is one of the hottest consumers of the world's luxury products. The annual “Millionaire Fair” held in Moscow is another proof that looks and carats still count very much, and what's more important, they should be shown off.

The etymology of the word ponty is controversial. Some insist the term has been in the Russian language for centuries and comes from the noun ponter – a person who bluffs during a card game. Another version is that ponty is a term that came from the slang of prisoners. Some suggest ponty is initially a Latin word and was used, for example, in Spain to describe a king's dressage on a horse in front of the crowd. So, the Russian word ponty could well mean the dressage of a wealthy person in front of a less well-off crowd.

For the love of all things VIP

Another Russian word pontorez which literally means “the one who throws ponty” is also common for Russians. The word describes a person who would more likely go for things or services labeled as “VIP” rather than common ones. In Russia “VIP” ostensibly adds the aura of exclusivity to anything it appends, be it an extra door to a nightclub, a ticket to a concert or even a head of lettuce.