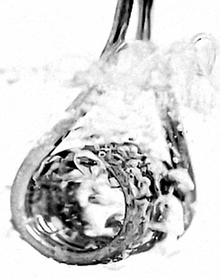 Kipyatilnik, or immersion heater, is one of many inventions fully immersed into Soviet - and now Russian - culture. You can find it in student dorms or in the backpack of a hiker. It is a primitive device that requires only a simple source of electricity. Nevertheless, on many occasions, it has been an essential accessory that could provide much comfort.

It works on the same principle as a light bulb - a heating element, an electric plug and a wire connecting the two. Stick this odd-looking device into a cup, or a bucket - and in just a few minutes, boiling water is at your disposal.

Nowadays, the heater has fallen out of public favor as electric kettles are readily available - and affordable. However, designers of this nifty little gadget have created a modified version that can be plugged into a car cigarette lighter socket, making it the ideal companion for truck drivers on long, lonely hauls across the country.

Don't travel without it! 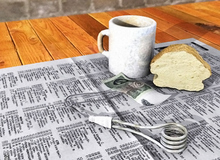 As with many Soviet-era appliances, kipyatilnik is more than just a useful tool – it’s a symbol. It was a natural choice for work trips across the country - often the only way to make some food, or that life-saving cup of tea, in spartan hotel rooms. Many a traveler remember making chicken broth with just a glass jar, water, chicken and yes, the immersion heater.

And of course, almost any artist, sportsman or journalist lucky enough to receive permission to travel abroad, had one in their luggage - and each of them has a story to go with it. Famous Soviet actress Larisa Luzhina remembers her kipyatilnik all too well - after all, it gave her a fiery New Years Eve in Germany... literally.

On 31 December, just before setting off for a party, Larisa and the director's assistant decided to have a cup of coffee. They plugged the heater in and went to the bathroom to get water. As is often the case, the two women began chatting... and by the time they came back, the room was on fire. With no extinguishers at hand, they put the flames out with their tiny coffee cups. Ever since then, Larisa has said that the kipyatilnik deserves a place in the Soviet museum of the 20th century. Because her adventure is just one of millions that people in the Soviet Union had with this little device.

Red Army National Military Forces service, founded in 1918, which was renamed Soviet Army after the end of the World War One and lasted all the way until the breakup of the Soviet Union in 1991.