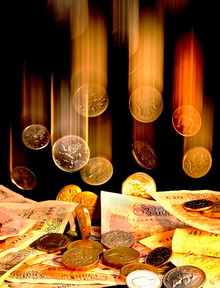 The land of the free

Khalyava - or freebie - it's definitely one Russian notion that should be explained to foreigners. If you ever lucked out and got something for free, without any physical effort or trouble, you know what khalyava is. Russians are said to know and like this word, as they are often reputed by foreigners as dreaming to get everything straightaway for free just by an odd stroke of luck, usually wealth or other bonuses.

The world khalyava itself most probably comes from Old Russian, meaning bootleg. Making bootlegs was considered a very easy job and bootlegs and their makers were always in great demand. According to another version of the word’s origin, in the 19th century thieves often stole silverware and other valuable things and hid them in their bootlegs.

Obtained so easily, the stolen pieces were called na khalyavu meaning “from the bootleg.” The word khalyava appeared in the modern Russian language at the turn of the 20th century, derived from thieves' argot. The word has lost its negative meaning and is widely used in modern everyday life. 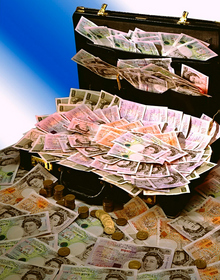 Khalyava is the complete opposite of the typical American dream in which you become rich and successful as a result of hard work. Russian happiness is wealth obtained by pure luck or a rich relative who suddenly appears, immediately dies and leaves you a fortune!

Well-known Russian fairy tales are a good illustration of khalyava. One such famous fairy-tale character is Ivan Durak, whose name literally means Dumb Ivan. Ivan is lazy, stupid and does nothing all the time, but suddenly he finds something or someone who helps him satisfy all his wishes and becomes wealthy and successful. There is another famous Russian fairy-tale about a peasant called Emelya, who goes fishing and catches a magic fish who makes all his dreams come true.

If you by chance manage to pass a difficult exam at university without preparing for it thoroughly, you probably just observed an old ritual: Russian students have a tradition to call for khalyava before taking a difficult exam - they throw crumbs of bread out of the window at midnight and call khalyava to come to them.

Living at the expense of others

If you manage to get a book you have never read before for free, or enjoy a free meal, even if it is not very delicious, or get a free theater ticket - you enjoy the unique experience of having a khalyava. But if you have all that regularly and this has become your way of life - you will be called khalyavshik.

This word, unlike khalyava itself, has a negative meaning, implying you are lazy and get everything without effort, very often at the expense of others. Khalyava is not just paying a reduced price for something or getting something easier than was expected; it’s a description of a way of life, attitude towards work, achievement and even people.