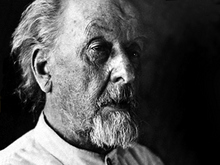 A key figure in the history of science, Tsiolkovsky was hardly a scientist you might imagine in the traditional sense of the word. He never had a degree and studied in elementary school for just three years. An enthusiastic inventor and thinker, his lack of broad knowledge of scientific achievements sometimes led to awkward moments, much like the case of his independent discovery of the basics of the kinetic theory of gases decades after it had become known to the wider scientific public. Yet his vision of space exploration and works on rocketry paved the way for conquering space.

After a winter drowning incident, young Konstantin got seriously ill, and the disease left him almost deaf. This gave him trouble at school and made him an outcast among peers. The death of his beloved mother completed turning the boy into an antisocial recluse. However, he became fond of reading every book he could find and tried to put into practice what he learned from them. 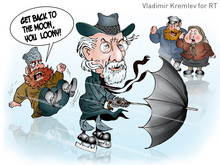 Encouraged by the boy’s crafty designs, his father, an impoverished gentry of Polish origin, agreed to pay for his education in Moscow, but for whatever reason Tsiolkovsky failed to enter the technical school there. He decided to stay and educate himself by reading books at the city’s only free public library. Of the small allowance his father sent him monthly, Konstantin spent but a fraction on food and clothing, buying books, chemical reagents and tools on the rest. After his return, Tsiolkovsky began to earn his living with private tutoring, and later passed official exams to get the position of a teacher at a state school.

Most of his life Tsiolkovsky received little acknowledgement for his scientific works. His experiments in provincial Russian town of Borovsk and later in the city of Kaluga gave him the reputation of a crazy inventor among locals. Recalling his experience of using a small sail when skiing on a frozen river, he says he spooked horses and people cursed at him, but failed to notice it due to his poor hearing. Nor did the good citizens approve his building of models of hot air aerostats, fearing potential fires. 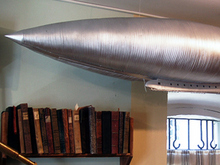 The main focus of his early research was aviation and dirigibles in particular. His favorite idea was to build a huge fully metal rigid airship with changing volume, which would be kept afloat by hot air rather than hydrogen. For many years Tsiolkovsky failed to get any funding for the ambitious project, and his own income was enough only for small-scale models.

Decades later in 1931, when the scientist was famous and praised in the Soviet Union, a large test model was built, but the metal airship was too demanding on materials and was not feasible. The Mayakovskaya station of the Moscow metro is decorated with details derived from the project.

In the late 1880s Tsiolkovsky wrote his first fiction book, which depicted what one can experience on the Moon. While far from having a sophisticated plot and allowing the main characters to do without spacesuits, the book gave a lot of detail on how the environment with lower gravity and no air is different from life on Earth.

In the last decade of the 19th century Tsiolkovsky wrote his first serious papers on space exploration and rocketry. He believed that vehicles moved by reactive propulsion were the most promising way of reaching the space and moving in vacuum. Later he outlined basic principles on rocket engine construction, including the use of liquid hydrogen and oxygen for propulsion and attitude thrusters for control. His research was hardly known outside of the country, but it gave inspiration to domestic scientists. To honor the contribution to rocket science, the equation relating the movement of an ideal rocket with its mass, the mass of the fuel and the exhaust velocity is named after Tsiolkovsky. 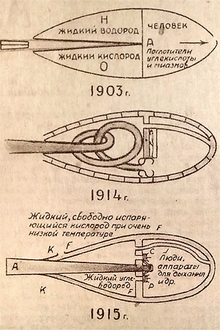 His further theories on space travel predicted the creation of permanent orbital stations powered by solar energy. He coined the idea of multiple stage rockets, even though he erroneously envisioned a train of separate vehicles engaged in multiple in-flight refueling operations to make the final stage reach orbit. Another idea of his was an orbital lift, which would greatly reduce the cost of delivering loads into space. It is yet to be put into practice, because there are no materials with the necessary strength available currently.

Less known to the public are Tsiolkovsky’s controversial philosophical works, where he put forward ideas of eugenics and the rule of geniuses. For him going into space was natural for humanity, as it expands thanks to new technology, but he was with the transhumanism adepts, believing that humankind must actively direct its evolution to make individual people independent from their environment and potentially immortal.

There is also controversy over Tsiolkovsky’s relations with the communist authorities. In the newborn union the self-educated provincial schoolteacher making discoveries through sheer dedication and strength of mind was too good a propaganda figure for the soviets. Even his noble ancestors had been “forgotten”. Some critics say his scientific legacy is exaggerated and his woks were, in many regards, secondary and lacked academic value. However, many rocket engineers from Wernher von Braun to Sergey Korolev praised Tsiolkovsky as the man who showed them direction.

His dream of mankind finally leaving the proverbial cradle of Earth inspired many, and some of his predictions were astoundingly accurate. And who knows what other of his ideas may come true in the future?