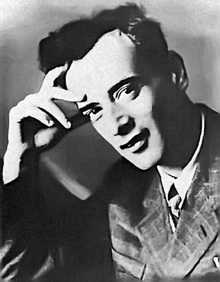 Lev Landau was a prominent Soviet physicist who made fundamental contributions to many areas of theoretical physics. He received the 1962 Nobel Prize in Physics for his development of a mathematical theory of superfluidity that accounts for the properties of liquid helium II at temperatures below -270.98 °C.

Landau was born on 22 January 1908 into a Jewish family in Baku in what was then Tsarist Russia; his father was a famous oil engineer and his mother was a doctor who dealt with physiological research. Landau went to a grammar school and though he graduated with honors at the age of 13, his parents believed he wasn’t old enough to enter a university and thus young Landau was sent to the Baku economical training school.

In 1922 Lev Landau entered the Baku University where he studied chemistry and physics; two years later he decided to move to the physics department of the Leningrad (today known as Saint Petersburg) University – a decision he never regretted.

By the time Landau was 19 he had already published four scientific papers; in one of the works he first mentioned the statistical matrix – a notion that is nowadays widely used in mathematical circles to describe quantum states. After graduating from the University in 1927 Landau entered a PhD program at the Leningrad Physico-Technical Institute.

After the successful termination of the PhD program Landau went on a business trip; he visited Germany, Switzerland, England, Holland and Denmark. The aim of the trip was to meet well-known physicians as well as the founding fathers of quantum mechanics, which was practically unheard of at the time: Heisenberg, Pauli, and Bor. Landau remained friends with the latter for many years. 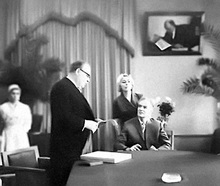 In 1931 Landau returned to Saint Petersburg, but didn’t stay for long; soon he moved to Kharkov (the Ukrainian capital at the time) where he became head of the theoretical division and head of a subdepartment at the Ukrainian Physico-Technical Institute. At the same time Landau headed the departments of theoretical physics in the Kharkov Engineer-Mechanical Institute and the Kharkov University. The Academy of Sciences of the USSR appreciated Landau: in 1934 he was awarded the scholastic degree of Doctor of Physical and Mathematical Sciences; the Academy even decided to waive the lengthy procedure of defending a thesis and in just a year Landau was officially made a professor.

In Kharkov Landau published several works concerning the origins of star energy, acoustic dispersion and optical dispersion. At the same time Landau gained the reputation of a many-sided man. The abundance of his work in the field of theoretical physics attracted many students and young scientists to Kharkov; among them Evgeny Livshits (later he became not only Landau’s colleague, but also a close friend). Step by step Landau made Kharkov the heart of the country’s theoretical physics research and invented an exercise program which he called a “theoretical minimum” – he wanted those who wished to take part in his seminars to be not just capable, but really intelligent and talented. The requirements were so severe that during nearly 30 years just 40 people managed to meet the steep demands of the brilliant scientist.

In 1935 Landau co-authored with Livshits a series of textbooks that contained the full course of theoretical physics; he dedicated the books to his students and colleagues. Today these textbooks, which have been translated into many languages, are considered classics in physics and are a must on the reading list of future physicists around the globe.

1937 was not a simple year for the Kharkov University. It is usually associated with a strike by physicists and total chaos at the Institute. These were troubled times for Landau, who decided to leave the Institute for fear of being arrested. Landau turned out to be extremely lucky – immediately after he quit many foreign specialists and professors were arrested; among them Weisberg and Houtermans. In September 1937 such physicists as Rozenkevich (Landau’s co-author), Shubnikov and Gorskoy were gunned down.

In 1937 Pyotr Kapitsa (a renowned Russian physicist who invented new machines for the liquefaction of gases and was a close friend of Landau) asked Landau to come to Moscow - he wanted Landau to head the department of theoretical physics at the new Moscow Physics Institute. Because of the arrests in Kharkov, this offer could not have come at a better time. But a year later Landau was arrested and charged with espionage. If it were not for Kapitsa, who appealed to the Kremlin, Landau would have never been released. Landau spent a year in prison and this arrest had certain consequences –the scientist was restricted from traveling abroad and not allowed to communicate freely with his foreign counterparts; he could not take part in any international conferences unless they were held on Soviet territory. As it became clear much later, Landau was spied upon for many years, the conversations he had with his friends, students and colleagues were monitored and his letters opened and read. 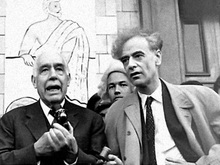 During WWII Landau studied combustion and explosions, in particular shock waves. After the war he studied the rare helium isotope, the atomic weight of which was 3 instead of 4. Apart from studying helium, the renowned physicist took part in creating the atomic bomb for the Soviet Union.

A fortnight before his 54th birthday, on 7 January 1962, Landau was in a car accident and suffered several severe injuries. Doctors from Canada, France, Czechoslovakia and the USSR tried to save the renowned scientist; the three weeks following the accident were a nightmare – Landau was unconscious and unable to recognize his relatives, let alone his friends and students. Landau’s colleagues around the globe, his students, admirers and associates tried hard to make their contribution to the long and painful process of saving the scientist’s life – medicines were sent from all around the world; nearly a hundred of Moscow’s scientific elite (physicists of the leading universities worked as couriers, drivers, secretaries, porters and expediters) attended his bedside.

Because of the unfortunate accident Landau had to miss the awarding of the 1962 Nobel Prize in physics. He was awarded the prize later in Moscow by the Swedish ambassador to the USSR in person.

Landau lived in Moscow for another six years, but was never able to return to his work. He died in Moscow on 1 April 1968 - the injuries he received in the car accident had caused numerous health complications.

Apart from the Nobel and Lenin Prizes Landau was also awarded three State Prizes of the USSR and was given the title of Hero of Socialist Labor. His works and discoveries were known throughout the Soviet Union and many countries like Denmark, Holland, the US, the UK and France also voted him into their Academies of Sciences.

In his childhood small Landau swore he would never “smoke, drink alcohol or marry.” But in the early 1930s he met Concordia Drobantseva, who left her first husband and fell in love with Landau. She promised she would never be jealous of other women and in 1934 the couple moved in together. Landau considered that there are several things that “kill” a marriage – lies and unfaithfulness, so the couple made a pact “of non-aggression in married life,” which was Landau’s idea which he considered brilliant. The pact gave both Landau and his civil wife relative freedom, and they are known to have had several affairs. The couple was officially married only in 1946, when their son Igor was born. The boy later became a physicist at the Moscow Physics Institute where his famous father once worked as well.

A great physicist and a brilliant humorist

Landau, one of the greatest physicists of all times, is famous not only for his studies. Everyone who knew Landau agrees he was a brilliant humorist. Being an intelligent man and possessing a wonderful sense of humor, Landau encouraged his colleagues and students to joke. He also became the main character of numerous funny stories that were handed down from person to person. Landau also invented a special classification for women: according to him women were either beautiful, pretty or interesting.