A Russian businessmen and billionaire currently living in Israel, Leonid Nevzlin is the former vice-president of the Yukos oil company and one of the largest philanthropists supporting Jewish studies and education. His name is widely discussed due to the life sentence he received in Russia in absentia, convicting him of murders and attempted murders.

Leonid Nevzlin was born in Moscow into a middle-class family of an engineer and a schoolteacher. In 1981 Nevzlin graduated from the Moscow Institute for Oil and Gas Industry, having earned a degree as a software engineer. In the early 1980s he worked as a computer programmer for the Foreign Trade Association ZarubezhGeologia (Foreign Geology) within the Soviet Ministry of Geology. 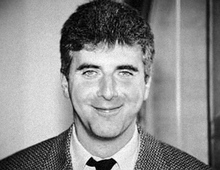 In 1987 the USSR was facing the beginning of political and economic reforms introduced by Soviet leader Mikhail Gorbachev. At the height of this national restructuring, Leonid Nevzlin met Mikhail Khodorkovsky and became his business partner. Initially Nevzlin worked with Khodorkovsky in the Youth Centre for Scientific and Engineering Creativity, holding the post of Deputy Director. At the same time, he headed of the Center of Interdisciplinary Scientific-Technological Programs (Russian acronym MNTP), which afterwards developed into the Joint Company Menatep-Invest.

In 1990 Khodorkovsky and Nevzlin also established Menatep Bank, the precursor to Yukos, known as one of the world's largest non-state oil companies.

For two years Leonid Nevzlin was the president of Menatep Bank. He quickly became the bank's chief specialist for public relations, personnel policy and lobbying in parliament. From that time he earned a reputation of one of the most outstanding Russian specialists in public relations. From 1991 to 1996 Nevzlin occupied a number of high-ranking positions at the Menatep Bank and the holding Group Menatep. In April 1996 he became Vice President of Yukos, which at that time was owned by Menatep. During this period Nevzlin was included in the list of the 50 most influential entrepreneurs in Russia.

At the end of the 1990s Leonid Nevzlin reduced his involvement with Yukos and devoted more time to political and public activity, focusing on the development of democracy and protection of human rights in Russia. He participated in the Russian presidential elections of 1996 and contributed to the re-election of Boris Yeltsin, who thanked Nevzlin for his help.

In order to accomplish their goals, in 2001 Nevzlin and Khodorkovsky founded the Open Russia Foundation, a non-profit organization which offered funding to civil projects. The two businessmen also established a school of public administration and an association for internet learning.
Leonid Nevzlin was also actively involved in the Jewish community, generously donating to its organizations. In 2001 Nevzlin served for several months as President of the Russian Jewish Congress (REK), succeeding Vladimir Gusinsky in the post. While in this position, he paid special attention to the problem of anti-semitism and strengthened ties with the authorities. 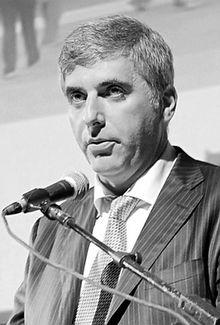 Leonid Nevzlin played an important role in development of Jewish historical research projects. In September 2002 he headed the guardianship board of the Russian Society of Jerusalem University Fellows and in 2003 he founded the International Centre for Russian and Eastern European Jewish Studies in Moscow. Before leaving Russia Nevzlin claims to have “supported many projects of such organizations as the Jewish Agency and JOINT and always worked in close contact with the Israeli embassy.”

From November 2001 to March 2003 Nevzlin was a member of the Council of Federation of Russia (the upper chamber of the Russian parliament) representing the Mordovia Republic, performing the duties of the Deputy Head of the International Affairs Committee.

Above all, Leonid Nevzlin worked on the development of the Russian State University for Humanities (RSUH), which was created in 1991 in Moscow as a result of the merger of two existing educational establishments. From June to November 2003 Nevzlin was the head of this university, making him the only university head in the country without a PhD.

In 2003 and for three consecutive years Leonid Nevzlin’s name appeared on the “Forbes” list of the world's richest people with an estimated net worth of US $1.1 billion.

Following the start of the investigation into Yukos in Russia, in August 2003 Nevzlin traveled to Israel. Three months later he was given Israeli citizenship as a repatriated Jew. Leonid Nevzlin denied allegations that he left Russia to flee from the investigation, claiming to have left the country in order to work on his scientific research. 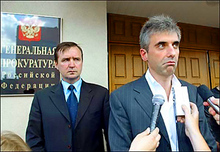 In March 2004, during the Russian presidential elections, Leonid Nevzlin officially supported the opposition candidate, Irina Khakamada, and was the main sponsor of her election campaign. Khakamada received less than four percent of the vote. During this period Nevzlin announced that he was “taking to the path of war” against Putin’s government.

In January 2004, less than two weeks after Leonid Nevzlin voiced plans to help Irina Khakamada, Russia’s General Prosecutor’s Office initiated criminal proceedings against him. Initially Nevzlin was accused only of tax-dodging but then charges of property theft were also added. That same month the investigation of Aleksey Pichugin, a former Yukos security official, was completed. Pichugin testified that Leonid Nevzlin ordered a number of contract murders.

In January 2004 Nevzlin was put on the international wanted list. He was charged with evading 26.7 million roubles (US $930,000 according to the current exchange rate) in taxes for the 1999-2000 fiscal year and with the illegal appropriation of shares in two Eastern Oil Company (VNK) subsidiaries.

In July 2004, the General Prosecutor’s Office issued a second international arrest warrant for Leonid Nevzlin, this time for charges including murder and attempted murder. Russian prosecutors accused him of ordering former employee Aleksey Pichugin to organize and commit numerous murders. Nevzlin was also charged with organizing two attempts on the life of Yevgeny Rybin, the president of the East Petroleum Company. In response Nevzlin accused Rybin of attempting to blackmail him.

In an interview in March 2005 Nevzlin said that the cases against him were fabricated by the Federal Security Service (FSB) “from beginning to end.”

In August 2008 Russia’s court found Leonid Nevzlin guilty of several murders and gave him a life sentence in absentia. The court also held that the entrepreneur had to pay 5.5 million roubles (US $187,000) as compensation to complainants.

In 2004 Israeli police received a request for Nevzlin’s extradition to Russia. So far, Israeli authorities have not granted the request and repeated appeals from Moscow (the latest one in 2009) have been unsuccessful.

When asked about the murder charges in an interview Nevzlin said: “I'm prepared to give an account to any legal system, apart from the Russian one. I haven't done anything in my life to be ashamed of. I certainly didn't kill anyone or give orders to have anyone killed. It's all lies.”

Nevzlin is considered a leading philanthropist of Israel. He was one of the founders of the NADAV Foundation, which supports initiatives designed to advance the understanding of Jewish peoples. He is also chairman of the board of governors of the Museum of the Jewish Diaspora. According to some Israeli sources, Nevzlin’s has donated up to US $15 million to repatriation and educational establishments in Israel. As Nevzlin said in one interview, his meeting with the investigator of Russia’s General Prosecutor’s Office “changed my life and, indirectly, the life of Israel for better.”

Leonid Nevzlin lives with his third wife. He has two daughters.