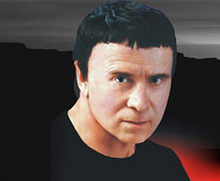 Anatoly Kashpirovsky is a self-professed mass healer and hypnotizer who made his name on Russia’s national television in the rocky years surrounding the collapse of the Soviet Union.

The future public idol and healer Anatoly Kashpirovsky was born on August 11, 1939 in the small Ukrainian city of Khmelnitsky in the west of the country. At school Anatoly excelled in nothing in particular, but in high school the boy expressed a sincere interest in law, dreaming of becoming a qualified lawyer one day.

Anatoly did everything in his power to make the dream come true, but after graduation when he finally voiced his plans to his parents, they insisted on his choosing another reputable and promising profession – that of a doctor. So the discouraged young man passed all the necessary exams and was enrolled in the Vinnitsa Medical Institute. He successfully graduated in 1961, but wanted to go further and thus received a Ph.D. in medical sciences. 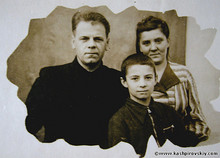 Anatoly wasn’t just an assiduous student – he was also an athletic young man with remarkable physical vigor, becoming a weight-lifting master – the sport he would come to be tightly connected with during his lifetime.

Only after gaining the honorary title of Doctor of Science did Kashpirovsky start practice. At first he worked as a psychotherapist at a mental hospital, but in 1987 Anatoly quit the job. He did not remain unemployed for long, and was immediately hired as a psychotherapist by the all-Soviet weight-lifting team, which allowed him to exercise both his professional qualities and enjoy his hobby.

In 1988, with the help of Aleksey Mitrofanov (the future functionary of the Liberal Democratic Party of Russia) Kashpirovsky made his first appearance in public. He was a man with hypnotic eyes and a soothing voice who promised to cure the entire country of its ailments and started with performing “remote psychological anaesthetization” on three women. Fixing his steely gaze on viewers as they sat transfixed in their homes, he claimed he could make the sick well again and relieve them from every sort of ache and pain. The first session took place on October 9th, 1989. This date might be considered Kashpirovsky’s second birthday – this time in the eyes of his audience.

Never before had the Soviet people witnessed such a truly magical performance – Anatoly gazed into the TV screen, performing more “sessions of distance hypnosis”. The women he promised to remotely anaesthetize claimed to actually be relieved from pain, so the country had itself a new idol. Kashpirovsky estimated the value of his services highly, as he charged a lot for sessions of his magical healing work. He even proclaimed himself the first official Soviet millionaire. Soon Kashpirovsky’s popularity was so great, the hypnotizer himself said he could have been elected president in 1991, had he only wished to run for the post.

At first, the cured worshipped the hypnotizer, but as time passed more and more of them had to be admitted for psychiatric observation. All in all from October to December 1989, Anatoly had about six sessions on Russian national TV, curing everyone by “giving psychological suggestions”. When Kashpirovsky met with his fans, he presented letters and telegrams from different people who had been cured thanks to him.

In 1993 Anatoly felt he wanted more than the public’s unsubstantiated worship.  He proceeded to run for deputy of the State Duma, and succeeded. Two years later, in 1995 he left the Liberal Democratic Party and put an end to his brief political career. The resignation was, however, accompanied by much subtext and innuendo. Some say the entire Duma was completely united in its opposition to Anatoly, or to put it otherwise, they were afraid of the influence he might have on people and the country with his peculiar gift.

At the height of his popularity, the former weightlifter and psychiatrist regularly topped the polls as Russia’s most popular public figure, easily beating even Boris Yeltsin. His live appearances at venues from Moscow to Vladivostok saw crowds sobbing and praying for help.

In 1995 Anatoly Kashpirovsky left Russia and immigrated to the USA where he continued his hypnotic sessions. The majority of his patients were Russian expatriates who suffered from obesity or depression. Kashpirovsky’s Russian compatriots did not get a discount – the doctor charged them 50 dollars per session, which was not particularly cheap at the time. 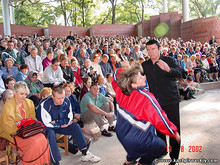 In his absence, the Russia’s centuries-long passion for the occult and the paranormal mushroomed, with all manner of psychics and sorcerers popping up to offer so-called "magical services".

From the very beginning of the 1990’s, Kashpirovsky also occasionally visited Poland, where quite a number of people claimed to be in need of his professional help. Anatoly used to visit the country quite often up to 2008, when he decided to settle down in America for good.

Among the numerous reasons Anatoly might have had for moving abroad, probably the most important was the endless arguments with Russian state medical care. More than once Kashpirovsky was labeled a charlatan and his sessions condemned as harmful. He was also at odds with representatives of the Russian Public Prosecutor for selling unmarked goods he used during his hypnotic séances.

Anatoly, however, had his own peculiar ways of dealing with the law-enforcement agencies. He once promised to cast spells upon the prosecutors from a distance, causing them various physical malfunctions unless they stopped persecuting the hypnotizer.

In 1995 Kashpirovsky volunteered to render assistance in the negotiations between the Russian federal agencies and the terrorist group led by Shamil Basayev. The chief prosecutor of the city of Budyonnovsk recalled that at first, Kashpirovsky promised to send all the terrorists to sleep and then hypnotize them. But the moment he saw all the blood and the hostages lying in pain, he fainted and refused to ever resume the job.

Today Anatoly lives in America and in 2008 he officially announced an end to his practice and healing. He spends his time editing the long list of his former patients, writing a diary, and updating the information on his official site.

In September 2010, Anatoly made a comeback on Russian national TV, anchoring a talk-show on one of the best-known Russian channels, NTV.

The Head of the Moscow Serbsky Institute for Social and Forensic Psychiatry was shocked when she learned the news: she was strongly against the show, believing Kashpirovsky’s séances could harm TV audiences both physically and mentally. She might have not been able to prove her words scientifically, but she certainly had a point – in 2005 during the filming of one of the talk-show episodes in which Kashpirovsky was a guest, he physically beat up his opponent quite badly.

The methods of treatment Kashpirovsky uses during his séances are complicated and mysterious. As he himself states on his official website, no ordinary human being can possibly understand his work. “Let's get one thing straight. Your level of understanding is this big," Anatoly said, pointing at the space between his thumb and forefinger. "Mine is 1,000 times greater."

Anatoly’s website presents a motley collection of letters, videos, photographs and quotations belonging to the celebrated healer. Anyone may even write to the hypnotizer, being unsure, however, if Anatoly will deem it necessary to answer. For reasons unknown, Kashpirovsky is reluctant to give face-to-face interviews, preferring to communicate via email.