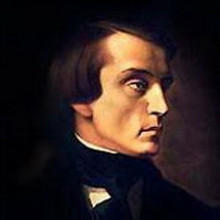 Belinsky was born into the family of a naval officer. He spent his childhood in the small town of Chembar in the Penza region of Southern Russia (in 1948, the town was renamed after him). As an adolescent, he loved reading, tried to compose verses by himself, and as he later mentioned in his letters, was sure he was a genius.

In 1829, Belinsky moved to Moscow to attend the Philology department of Moscow State University. His father was not wealthy enough to support him, but Belinsky was lucky enough to get a scholarship and studied at the government’s expense.

At the lectures, Belinsky learned about romantic literature and the philosophy of idealism. Deeply inspired by the works of philosopher and playwright Johann Schiller, Belinsky wrote a play that among other things described his views on serfdom. His piece was appreciated by his fellow students, but not by the censorship board. The play was deemed “immoral” and “shameful for the University” and was not published. Belinsky was expelled from the University “for academic failures”.

To make a living, he started working as a translator for the Telescope literary magazine, and soon wrote his first critical article. In it, Belinsky came to an interesting conclusion: there was no such thing as Russian literature, only a few good writers with no specific spirit and style. He saw great potential in this disappointing situation, and predicted a successful future for Russian literature. 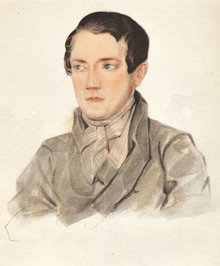 In those days Russian literature was outgrowing the classical style which reigned in the 18th century. This style supported a strict division of genres: for example, there should not be any comical elements in a tragedy. There was no place for personal opinions, personal experience, or the authors’ own thoughts and feelings in light of all the traditions to be kept, the canons to be followed, and the clichés to be used. At the dawn of the 19th century, Russian poets and writers had just begun to search for new ways of creation.

In a review which he wrote several years later, he greeted the first signs of literature changing for the better with the publication of Nikolay Gogol’s stories, which were a great example of romanticism.

In 1836, The Telescope published Philosophic letters by the philosopher Pyotr Chaadaev. In this work, Chaadaev expressed anger at spiritual stagnation which he claimed was prolific in Russia. These works drew the censors' attention. The censorship was cruel in those days, and it was hard to express any “suspicious” views without being arrested or exiled. For talking about the stagnation, Chaadaev was pronounced crazy. The Letters were banned and the The Telescope was closed. Belinsky was left without means of substance, and all his attempts to get a job were fruitless. A textbook he wrote in 1837, Russian Grammar, was unpopular. In addition, he fell ill and had to spend several months in a sanatorium.

Only in 1838 did Belinsky finally become an editor in the Moscow Watcher magazine. There he published a research piece on Hamlet and several critical articles. He felt that he had found his vocation as a literary critic.

In this period, Belinsky was fascinated by Hegelianism. The Moscow Watcher became a mouthpiece of this philosophy. On its pages Belinsky passionately talked about the main idea of Hegelianism: that everything on Earth was logical and therefore right and just. At this time, he stood for the Tsar, seeing the Tsar as “the embodiment of the mystical seed, the pulse and the essence of the society’s life”.

Some of his friends shared his views, but others disputed with him and pointed out the necessity of studying the political and social problems resulting from the existing regime. After a personal crisis in 1839 – 1840, Belinsky started to listen to his opponents, looked closer at the world he lived in, and was terrified. 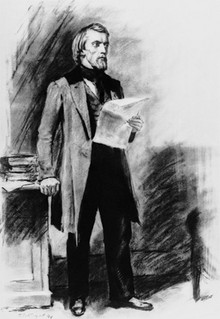 He reconsidered his views, and came to the idea that the main aim of literature was to reflect reality and to improve it, to educate the society. He spoke about his renewed worldview in these bitter words: “We live in horrible times…we have to suffer so our grandchildren will have better lives. If you have no gun - take a shovel and clean the dirt from the Russian people”.

In 1839, Belinsky moved to St Petersburg to work at the Notes of the Fatherland magazine and soon it became one of the most significant literary magazines in 19th century Russia. Belinsky’s own articles written in 1840 – 1846 about Mikhail Lermontov, Aleksandr Pushkin, Gavriil Derzhavin, and many other Russian writers contributed greatly to the journal’s surge of popularity. For the young authors of the 1840’s, Belinsky was a teacher and an inspirer whose ideas took root in their minds and their works.

Fyodor Dostoevsky described Belinsky as a devoted socialist and an atheist. For Dostoevsky, as for many of Belinsky’s contemporaries, both of these features were certain flaws. Later, one of the founders of the Russian Socialist Party, Georgy Plekhanov, called Belinsky “the most thoughtful of our critics”.

Some of Belinsky’s critical articles are studied in Russian schools. For example, his works about Aleksandr Pushkin’s “Eugene Onegin”, Mikhail Lermontov’s “A Hero of Our Time” and Aleksandr Griboedov’s “Woe From Wit” are just a few of his more famous pieces. His interpretations may seem controversial, but in any event they are great examples of literary criticism.

Belinsky died of tuberculosis at the age of thirty-seven, and was buried in Volkovskoye cemetery in St. Petersburg.