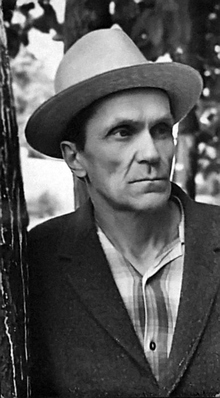 A political prisoner for seventeen years, Varlam Shalamov committed an unfathomable act – he survived in the deadliest of Stalin’s camps and preserved an inner strength so great, it enabled him to turn the bottom of life he had hit into an art of the first order.

Varlam Shalamov was born in 1907 in Vologda, a small city 400 kilometers northeast of Moscow. His mother, a teacher, instilled in him a love of poetry. His father, a Russian Orthodox priest, spent twelve years in Alaska ministering and fighting for environmental protection and the rights of aboriginal peoples. A man of liberal persuasion, he passed on to Shalamov a strong sense of right and wrong and willingness to stand up for people’s rights.

In the years 1914 - 1923, Shalamov studied at St. Alexander's Gymnasium. In 1924, already in Moscow, he worked at a leather plant until, in 1926, he was accepted at the Moscow State University in the Department of Soviet Law, his sense of social commitment overweighing his emerging talent as a writer.

While a student, Shalamov joined a group of Trotskyites, and on 19 February 1929, he was arrested as he prepared to distribute Lenin’s “Letter to Congress” - critical of Stalin - and expressed his anti-Stalin views at a demonstration. Sentenced to three years of hard labor, he was sent to a camp north of the Ural Mountains.

Released in 1931, he worked in the town of Berezniki in construction until his return to Moscow in 1932. He married, fathered a daughter, and worked as a journalist, writing poetry, articles, and short stories in his spare time.

In 1937, when the terror of Stalin’s purges was at its highest, Shalamov was rearrested on 1 January, for "counter-revolutionary activities" and sentenced to five years of hard labor in Kolyma, also known as "the land of white death". He had to endure fourteen-hour shifts in the gold mines and the constant threat of starvation and typhus.

He was already in jail awaiting sentencing when one of his short stories was published in the literary journal "Literary Contemporary."

In 1943, Shalamov was brought back to court on trumped-up charges, and handed another term, this time for 10 years, for anti-Soviet propaganda: his crime consisted in calling Ivan Bunin a “classic Russian writer”.

In 1946, a doctor-inmate A.I. Pantyukhov, putting his own life at stake, had Shalamov trained as a medical assistant, and for the last years of his sentence he worked indoors as an orderly. The assignment likely saved Shalamov’s life and granted him a chance to write poetry.

Finally released from the Kolyma camp in 1951, he was forced to spend two more years in the region, still working as a medical assistant, never stopping to write. In 1952 he sent his poetry to Boris Pasternak, and received an acclaim from him.

Shalamov was allowed to leave Magadan in November 1953, following the death of Stalin in March of that year. He did make it to Moscow, but only for two days (the official “rehabilitation” was still years ahead), to meet with his family and pay Boris Pasternak a visit. Until his “rehabilitation” in 1956, he lived and worked as a supply agent in the city of Kalinin (now Tver), writing “Kolyma Tales,” his monumental collection of stories about camp life.

In July 1956, Shalamov returned to Moscow, where he wrote with the window of his apartment open, to be able to hear the sounds of the city – rather a self-explanatory desire after spending nearly two decades in the Siberia’s dreadful silence.

In 1957, Shalamov became a correspondent for the literary journal "Moskva"; that same year his poems were first published in the “Znamya” (Banner) journal, and later, in 1961, 1964 and 1967, his collections were published in books. The '50s and '60s were in general very creative decades for Shalamov, as he completed over a hundred stories. However, editors of the Khrushchev era did not want the Kolyma horrors revived for the readers, and were reluctant to publish Shalamov’s works. The time required literature that hailed enthusiasm and a positive labor attitude, while Shalamov’s stories were said to be full of “abstract humanism”. Therefore, during Shalamov's lifetime, very little of his work was published in the Soviet Union.

Shalamov was shattered by the constant rejection: everything that seemed to nurture his very being turned out obsolete; years of his struggling and hard work were in vain. He didn’t give up writing, however, even after the Literature Foundation put him into a retirement home. His health had been broken by years in camps, but he still managed to write poetry and dictate his memoirs. 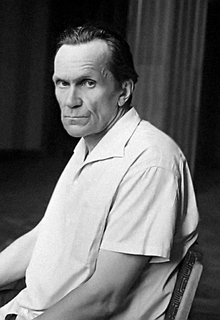 Shalamov met with Aleksandr Solzhenitsyn, but had an ambivalent feeling toward him: he recognized Solzhenitsyn as an inferior writer but envied his fame. He commented on Solzhenitsyn's “One Day in the Life of Ivan Denisovich” saying: "The camp described here was one in which you could happily have spent a lifetime. It was an improved postwar camp, nothing like the hell of Kolyma." Unlike Solzhenitsyn, who propagated that camp experience could be positive and purifying, Shalamov claimed it would turn a human into an animal, a lowlife creature with no standards. In his own books, Shalamov wrote that people’s moral and physical potential was limited and it could not be subjected to a ruthless exploitation. In a letter to Solzhenitsyn he stated: “The concentration camp is a negative experience from the first till the last day.”

The manuscripts of “Kolyma Tales” were smuggled abroad and published via samizdat (a way of unofficial and therefore uncensored distribution of literature pieces in the USSR, when texts were produced by the author or readers without the authorities’ permission, by typing, photographing, or rewriting), with translations appearing in the West in 1966. The complete Russian language edition was published in London in 1978, and reprinted both in Russian and in translation. Along with “Kolyma Tales,” his most outstanding work, Shalamov also wrote a series of autobiographical essays that vividly bring to life his early years in Vologda and his life before prison.

In 1981, when Shalamov was 74 years old, a collection of his poems was published in the Soviet Union. That same year, the French division of PEN awarded him the Freedom Prize. Ironically, such recognition immediately preceded his passing. Following this award, a KGB agent was placed outside his room in the retirement home where he was residing. On a frigid January night in 1982 the authorities came for Shalamov once again and carried him off to the psychiatric wards reserved for mental patients and dissidents. On the way there, he contracted pneumonia and died three days later.

It was not until 1989 that his “Kolyma Tales” were published in the Soviet Union.