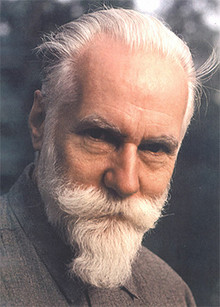 Svyatoslav Roerich was a Russian artist and thinker.

“What we notice in Svyatoslav’s paintings is the harmonious intensity of all parts of the painting. It is wonderful if this high gift is given in life. Thanks to it, all things dark, all things miserable turn into happiness of spirit. And how happily we must welcome those who by the will of fate can bring the beautiful to life!”

As said of Svyatoslav by his father, Nikolay.

Svyatoslav was born to Nikolay and Helena Roerich, both talented and well-known artists.

Starting his life in St. Petersburg, Svyatoslav’s first twelve years saw him becoming interested in natural sciences and showing innate artistic flare. His mother Helena encouraged him and the young Svyatoslav’s world was filled with fantastical objects. Helena bought stuffed animal specimens and books and bred insects for him to study. As he expressed an interest in stones and minerals, she also brought him precious gems and samples from far and wide. Svyatoslav started drawing and molding, attended a local arts school and helped his father to design theatre sets. Art and nature were in his blood. 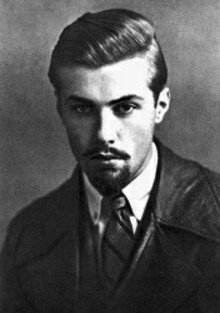 He entered a St. Petersburg gymnasium school in 1913, where he stayed until 1916.

In 1916, Svyatoslav and his parents moved to Finland after his father became ill. Here, at the age of thirteen he painted a portrait of his father, his first in what was to become a mastering of the art.

In 1919 Svyatoslav went to London to study architecture at the Royal Academy of Arts.

A year later he moved on to America and Columbia, then Harvard University. His parents had established an international arts center in New York called Corona Mundi. At just 19, Svyatoslav took over this center.

He had his first exhibition in New York at the same age. But his breakthrough would come three years later, in 1926. At an exhibition celebrating the 150th anniversary of US independence he won the grand prize. The artist of such vivid inspiration had come of age. 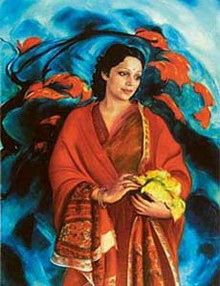 In 1931 Svyatoslav moved to India to join his parents. He had visited a few years before, starting a love affair with the country that would last the rest of his life. He ended up living there with his parents in an old house in the Kulu valley in the north of India, another environment bursting with inspiration. What he learnt there about the country’s architectural gems and art would profoundly influence much of his own work.

In 1945 he married the ‘first lady of the Indian screen’, movie star Devika Rani.

In India he applied both his inspiration from nature and his mastery of portraiture. Canvasses showing oriental mountain scenes were a direct inspiration from the terrain and people he witnessed in the rugged north. When it came to portraits, Svyatoslav was to enter the Indian hall of fame. As well as many famous likenesses of his parents, he painted the Indian Prime Minister Jawaharlal Nehru. Some of his images of famous Indians were hung in the country’s parliament and he was awarded one of India’s highest prizes for services to the nation, the Padma Bhushan. Roerich always tried to outline his models’ personality with brushstrokes, commenting that “We must always remember that a successful portrait is more than just resemblance.”

His first exhibition in the USSR took place in 1960 and was a roaring success. Continued exhibitions meant he was made an academician of the Academy of Arts in the USSR. 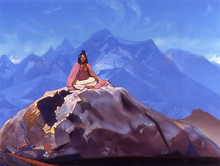 Svyatoslav had a deep respect for Russia and the Soviet Union. When the Nazis invaded in 1941 he applied to the Soviet Ambassador in London to join the Red Army but was rejected.

After the war, he campaigned for the fostering of friendship between Russia and India, which met with great success. He believed ultimately in light, art and the warmth of the human spirit as a way to a better future. In an address at the opening of one of his Moscow exhibitions in 1987 he summed up his view.

"Let's hope that the clouds hanging over the world will dissipate, that kindness will triumph, that the dark forces obscuring the horizon will be washed away by kind thoughts. We must believe in the power of thought, that thought creates everything. That's why we will send kind thoughts to the whole of mankind, and they will help create a screen in which mankind will see its future."

International Center of the Roerichs 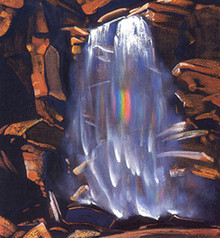 In 1990, Svyatoslav, in one of his last important acts, followed his parents’ wishes and committed a rich archive of his and his parents’ work to a foundation they had set up in Moscow. That has since become the International Center of the Roerichs, displaying hundreds of his paintings and promoting scientific and cultural exploration around the world.

Svyatoslav Roerich died three years later, having in a way come full circle and leaving some of his life’s best creations to the country where he had found his first inspiration, all those years before.