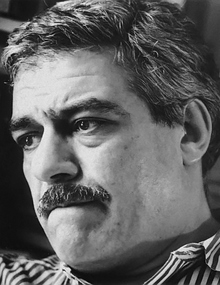 
The life of Sergei Donatovich Dovlatov, spent in creative search and full of contradictions, was rather short; he died in 1990 at the age of 48. Though short as it was, his life can still be divided into two periods.

Dovlatov was born on 3 September 1941 in the Eastern Russian city of Ufa, where his family had been evacuated to at the start of the World War II. His mother was Armenian, his father Jewish, and both had been part of the Leningrad artistic scene before the war (his mother was an actress, his father a theatre director). In 1944 the family moved back to Leningrad.

Until the age of 37, Sergei Dovlatov lived in his native country, the Soviet Union, and had to endure the pressure brought to bear on him by his ideological opponents who declared everything he wrote to be “ideologically hostile.” Sergei Dovlatov spent the second period of his life in the United States where he became famous for his literary work.

Throughout his life, Dovlatov tried to find an occupation that could be his calling. He spent the larger part of his life in Leningrad, where he studied foreign languages and literature, dropping out both times. 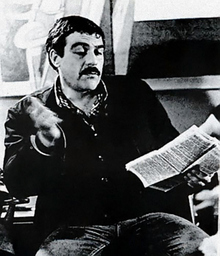 He was called-up for military service and assigned to guard criminal camps. He wrote that the world that surrounded him at that time was awful. That world revealed for the writer another side of life, which he would later use in his prison camp novel The Zone.

His job as a newspaper correspondent, and later as a guide, also provided him with rich experience. He made use of it in his novels Kompromis (“The Compromise”) and Zapovednik (“Pushkin Hills”).

Unpublished in the USSR


Yet nothing came of his numerous attempts to publish his books in the Soviet Union. Literary critic Andrey Aryev, Dovlatov's friend, explained that it happened because one began thinking of who is who in Dovlatov's stories and could easily become confused and even upset. Why? Because everyday life appeared dull against the background of the scenes created by Dovlatov.

Another reason, according to the critic, was that the writer's opponents could not forgive him his strong feelings for anything that was absurd in life. His characters were strange in many respects, yet they had personality. The writer did not look down at them; instead it seems like he was observing them avoiding any categorical conclusions. His humor was like that of Chaplin, and his works were saturated with comedy, irony, love and compassion.

Emigrating to the west


In 1976 Sergei Dovlatov's stories were published in three Western journals, “Time,” “Us” and 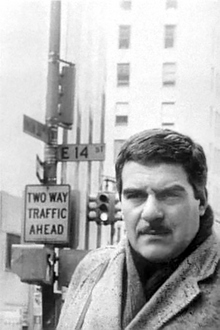 “Continent.” For this reason, he was expelled from the Union of Journalists. The writer took the news with ironic calm. Three months before his death he wrote that looking back on his cheerless past he realized he was lucky since his literary debut was postponed for some 15 years and his early works, of which he could be later ashamed, did not see the light of day. After lengthy consideration he made the painful decision to emigrate.

In 1978 he left the Soviet Union, entering the United States the following year via Austria. He lived in New York where he published the liberal newspaper The New American and was a host at Radio Svoboda (Radio Liberty). He lived, worked and listened to jazz, which he adored.

One of his best novels written in the United States is Inostranka (“A Foreign Woman”) in which Dovlatov vividly portrays his milieu, commonly referred to as the Russian emigration of the “third wave.” He knew very well the relations, conflicts and problems of his characters. He wrote that for five years he had been doing everything upside down and could not get used to it. In such a way he alluded to the differences between life in Russia and life in the United States, remarking on the fact that the fact the two countries lie in different hemispheres.

Sergei Dovlatov's life in the United States was not easy and carefree. Yet he had the opportunity to write what he wanted without thinking of the consequences. And he used this opportunity to its fullest. During the twelve years he lived in the U.S. his popularity boomed. He published twelve books in Russian, which have since been translated into 29 languages. The prominent poet Joseph Brodsky 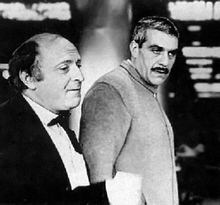 explained that Dovlatov's books were easy to translate as the structure of his sentences did not complicate the work of the translator. Dovlatov won an award from the US Pen Club and his works were published The New Yorker, making him only the second Russian writer, after Vladimir Nabokov, to appear in the prestigious journal.

Following the publication of the article, Kurt Vonnegut wrote to Dovlatov:

“Dear Sergei Dovlatov! I love you too, but you have broken my heart. I was born in this country and fearlessly served it during the war, but I still haven't managed to sell a single story of mine to The New Yorker. And now you come, and—bang!—your story is published at once…. I expect much from you and your work. You've got talent, which you are ready to give away to this mad country. We are happy you are here.”

'I want to be likened only to Chekhov'

Sergei Dovlatov began to write books before emigration yet unlike authors such as Solzhenitsyn and Brodsky his works were not published before his exile. Dovlatov emigrated to become a professional man of letters and was proud that he had reached his goal. He created a literary world of his own and an epigraph to it could be the words of the famous US poet Wallis Stevens: the world is absurd and people are dull. 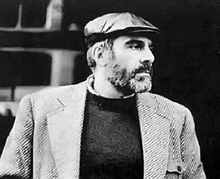 The poet Joseph Brodsky, who won the Nobel Prize for literature in 1987, was a great admirer of Dovlatov. “He is the only Russian writer whose works will be read all the way through,” Brodsky once said, adding that he considered Dovlatov's popularity in the United States “natural” and that he foresaw the writer becoming just as popular in his Russian homeland one day.


Brodsky once wrote of Dovlatov:

“The decisive thing is his tone, which every member of a democratic society can recognize: the individual who won't let himself be cast in the role of a victim, who is not obsessed with what makes him different.”

Dovlatov’s works finally began to be published in Russia in 1989 and his popularity reached almost cult status.

“I want to live to see the days when our dishonoured fatherland turned into scarecrow of the world, is revived; and these will be the days of rebirth of our long-suffering literature,” Sergei Dovlatov wrote in his essay in 1982.

Cruelly, he died in 1990, just a year before the Soviet Union collapsed, at the age of 48, before he could soak in the widespread admiration of his countrymen, and without the chance to visit his homeland or document the changes it was rapidly undergoing.