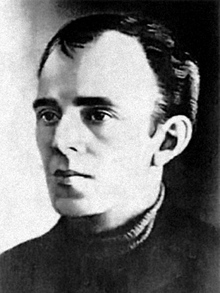 Osip Mandelstam ranges among the most outstanding Russian poets of the 20th century. He was also an essayist, an interpreter and a literary critic.

Mandelstam was born in Warsaw in 1891. His father, a descendant of Spanish Jews, considered himself a philosopher. In reality, he was unsuccessful in both philosophy and commerce. Mandelstam’s mother was a talented musician. Osip was the eldest son in the family; he had two younger brothers. In 1897 the family moved to Saint Petersburg. Mandelstam entered the prestigious Tenishev School, which had a reputation as the best in Petersburg at that time.

It guaranteed a perfect humanitarian education. It was here that Osip Mandelstam started to write his first poems. He also became interested in music and theater. He often walked along Petersburg’s streets and embankments, rendering his impressions, feelings and emotions in poems later. Following his graduation in 1907 Mandelstam went to Paris to study at the Sorbonne. He discovered French poets such as Charles Baudelaire, Paul Verlaine and François Villon. Mandelstam was charmed and inspired by their creative works. In addition, he met Nikolay Gumilev, the Russian poet who influenced Osip greatly. They became close friends. The atmosphere in Paris was perfect for creative work, so Mandelstam tried himself in both prose and poetry. He also traveled, visiting Italy, Switzerland, Germany and other European countries. Mandelstam continued his education at Heidelberg University, before returning to Saint Petersburg to be absorbed in the literary environment. 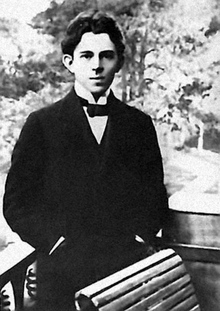 1910 was the year of Mandelstam’s literary debut: five poems by the young poet appeared in the Apollo magazine. They even earned some positive responses. In 1911 Osip Mandelstam was baptized and entered the historical and philological department of Saint Petersburg University. He studied the cultures of Assyria, Egypt and ancient Babylon. Still, Osip found time to continue his literary work. Mandelstam met poets Anna Akhmatova and Vyacheslav Ivanov who shared his literary tastes and views and he spent much time with Nikolay Gumilev, his best friend since Paris.

Their favorite place was the café, The Stray Dog, where poets and artists of the Silver Age, a contemporary artistic trend, gathered to recite poems and show their drafts and sketches. The Stray Dog was the unofficial center of Saint Petersburg cultural life for the first two decades of the 20th century. It still exists in Saint Petersburg at the address Arts Square, 5 (Ploshad Iskusstv, 5).

In 1913 Osip Mandelstam started to obtain popularity. He was among those poets who called themselves the “Acmeists.” Acmeism was the poetic school in contrast to symbolism. It joined those who believed that the materiality and exactness of words and images were the most important elements of poetry.

Literary critics believe that Mandelstam’s collection of poems, “Stone,” is the best achievement of the Acmeism movement.

The careful and muted sound
Of a fruit falling from the tree
Amidst the unbroken singing
Of deep silence of the forest…
(1908, translated by Dmitry Smirnov)

Insomnia. Homer. The rows of stretched sails.
I’ve read the catalogue of ships just to the middle:
That endless caravan, that lengthy stream of cranes, 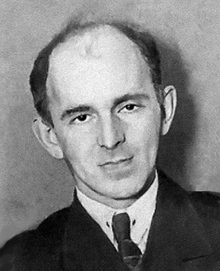 Which long ago rose up above the land oh Hellas.

It’s like a wedge of cranes towards the distant shores –
The foreheads of the kings crowned with the foam of Gods.
Where are you sailing to? If Helen were not there,
What would Troy be to you, oh warriors of Achaea

The sea and Homer – everything is moved by love.
Whom shall I listen to? There is no sound from Homer,
And full of eloquence the black sea roars and roars,
And draws with thunderous crashing nearer to my pillow.
(1915, translated by Dmitry Smirnov)

After 1913 Osip Mandelstam traveled extensively. He lived in Moscow, Petersburg, Crimea and Tiflis (now Tbilisi, the capital of Georgia). His contemporaries recall that he was “a strider”: Mandelstam didn’t have a home and lived at his friend’s, in cheap hotels or in rented apartments. In 1916 he met Marina Tsvetaeva, a talented Russian poet. They became good 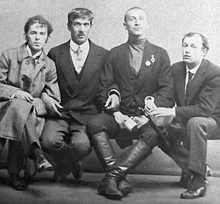 friends and their friendship resulted in several poems that the two dedicated to each other.

After the October Revolution of 1917 Osip Mandelstam was obliged to work as a petty officer to earn his living. He wrote many poems and in 1922 he published the collection “Tristia.” Mandelstam also proved himself as a gifted literary critic: he wrote an article entitled “About Poetry” in which he analyzed the work of poets of the first two decades of the 20th century. Moreover, Mandelstam wrote the children’s stories “Two Trams” and “The Primus Stove.” He knew English, French and German perfectly and translated the works of foreign poets.

In 1919 in Kiev Osip Mandelstam met Nadezhda Khazina, who became his wife.

Osip and Nadezhda spent the summer and fall of 1921 in Georgia. That’s were they were informed of the death of the outstanding Russian poet Aleksandr Blok and the execution of Nikolay Gumilev. The terrible events depressed Mandelstam deeply. It was the turning point of his creative career: an evolution from rational to irrational and tragic poetry with complicated associations.

I was washing in the yard at night.
The firmament was brilliant with rude stars.
Starlight lay like salt upon the axe,
The barrel cooling, filled up to the brim.

The gates are tightly shut and locked,
And the earth is stern and conscientious.
No foundation is likely to be found
As pure as the truth of a fresh canvas.

Like a grain of salt, a star melts in the barrel,
And the cold water grows blacker –
Death grows purer, misfortune saltier,
And the earth more terrible and truthful
(1921, translated by Ilya Bernshtein) 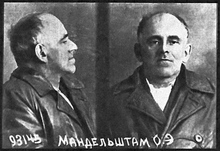 Mandelstam’s poems and novels were published both in Russia and Germany and include: the collection of poems “The Second Book” and the third edition of “Stone” in 1923, the autobiographical novel “The Noise of Time” in 1925, “The Poems” in 1928, the last collection published during Mandelstam’s lifetime. He also worked on his essay “Conversation about Dante” but it was not published until many years after his death.

In 1933 Osip Mandelstam wrote a poem in which he criticized the Soviet regime and mocked Josef Stalin. In 1934 he was arrested and sentenced to exile. He had expected to be sentenced to death by shooting, so the relative softness of the punishment astonished him. In exile he wrote several poems about his preparedness to become a victim of an executor.

For the rattling glory of ages to come,
For the high tribe of men,
At the feast of the fathers I have forfeited my cup,
And my joy, and my honor as well.

A wolfhound-age leaps up on my back,
But I am not a wolf by blood.
Better stuff me inside the sleeve, like a hat,
Of the coat of Siberian steppes... 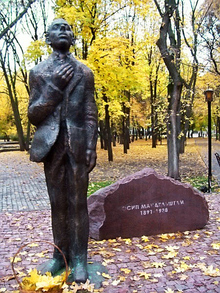 Let me no more look at the coward, at the mire,
At the bloody bones in the wheel,
Let the blue foxes blaze the whole night through
In their primordial beauty for me.

Lead me into the night, where the Yenisei flows
And the pine tree reaches the star,
Because I am not a wolf by blood
And only an equal will kill me.
(1935, translated by Ilya Bernshtein)

After returning from exile Mandelstam and his wife were prohibited from living in Moscow or Leningrad (now St. Petersburg). They lived in the suburbs, but in May 1938 Osip Mandelstam was arrested for the second time for “counter-revolutionary activity.” The poet was sentenced to deportation to Kolyma (Siberia). Mandelstam died in a transit camp near Vladivostok on 27 December 1938. Witnesses remembered that during the last months of his life Mandelstam was succumbing to insanity. According to the official version Osip Mandelstam died of heart failure. But in another version, typhus caused the death. The name of Osip Mandelstam was prohibited for 20 years after he passed away. Only in the second half of the 20th century did Mandelstam’s creative work became well known and appreciated. At the end of the 20th and the beginning of the 21st centuries monuments to the poet were erected in Moscow, Vladivostok and Voronezh.