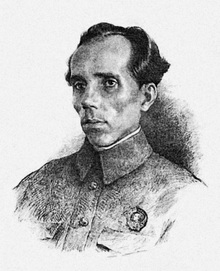 Nikolay Ostrovsky, the Soviet writer, is the author of the novel “How the Steel was Tempered,” one of the most famous books in the USSR. Ostrovsky is praised for his extraordinary spirit: he was blind and invalid due to a serious disease, but still he managed to create his articles and novels. Friends and colleagues of the author confessed that his life was a true feat.

Nikolay Ostrovsky was born on 29 September 1904 in the small Ukrainian village of Viliya into the family of a laborer and a cook. Nikolay was still a child when he first revealed his talents for writing. He enjoyed reading and studying, and thanks to his extraordinary aptitude, he joined the local parish school ahead of time. He was the youngest in the class, but still Nikolay ranged among the best pupils, graduating from school with honors. Since his school years Ostrovsky loved reading. He preferred romantic and adventure novels by James Fenimore Cooper, Walter Scott and Jules Verne. He liked to read aloud to his mother, and sometimes he changed the plot, imagining his own versions of world famous novels.

In 1915 the Ostrovsky family moved to the Ukrainian city of Shepetovka where Nikolay graduated from the Integrated Labor School. When he was just 12 years old Ostrovsky began to work as an unskilled laborer. Later he recalled this experience in letters he wrote to writer Mikhail Sholohov: “I’m a stoker, and I’m doing my job quite well. I guess my literature skills are not that good.”

In 1921 Ostrovsky entered the Kiev Electromechanical Technical Secondary School, but quit his studies due to health problems after only one year. It was at this time that he became involved in illegal Revolutionary activity. Ostrovsky welcomed the Revolution warmly. 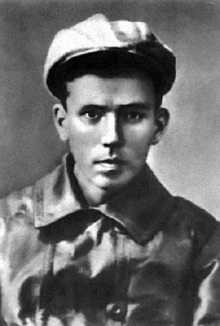 Some biographers claim that in 1919 Ostrovsky left for the front as a volunteer. He joined the Red Army and participated in the Civil War between the Red Army and the monarchist White Guard. According to this version, in autumn 1920 Ostrovsky was seriously wounded in the back, and then demobilized. However, Ostrovsky himself never mentioned having served in the Red Army in his autobiographies.

The childhood and youth of Nikolay Ostrovsky coincided with dramatic events in the history of Russia. World War I, the October Revolution and the Civil War influenced Ostrovsky’s attitude greatly. Shepetovka, where Nikolay lived with his family, was located close to the Polish border, so the city had constantly been occupied either by Germans or Poles, or by the Red Army or the White Guard. All these events served as material for the future novels by Nikolay Ostrovsky.

During Ostrovsky’s first year at the technical school in Kiev he participated in the construction of a railroad in the city suburbs. The railroad was intended for supplying Kiev with firewood. At the construction site Ostrovsky caught cold and contracted typhus after he jumped into the ice-cold water to save some timber that was sinking. Nikolay was unconscious when he was brought home.

Soon Ostrovsky was diagnosed with polyarthritis, meaning he was doomed to remain motionless for the rest of his life. The obscure news plunged Ostrovsky into despair and even evoked suicidal moods until he realized it was not the right way for him.

While still able to move Ostrovsky tried to live as active a life as possible. He became the leader of the Young Communist League in Ukraine: Ostrovsky believed that the Bolsheviks would lead the country to prosperity and justice. He entered the Communist Party in 1924 and tried his best to help the new Soviet power. Unfortunately, each day Nikolay’s health deteriorated. Ostrovsky spent much time in hospitals, clinics and sanatoriums. However, medical treatment did not yield any results; the procedures and surgical operations Ostrovsky underwent were painful, but useless. 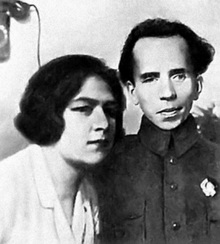 In 1926-1928 Nikolay Ostrovsky stayed with his distant relatives in the Crimean city of Novorossiysk. Here he met his future wife – 19-year-old Raisa Matsyuk. Soon, however, the happy moments in Ostrovsky’s life gave way to long days of sorrow. At the age of 23 Ostrovsky was no longer able to stand up. He was doomed to stay in bed and suffered from severe pain. Still, he did not give up. He began to study fervently: education became the only sense of his life. “I physically lost everything, but the energy of youth and desire to be helpful still remain,” he wrote in a letter. Ostrovsky read hundreds and hundreds of books, but soon he was deprived even of this opportunity as his eye disease resulted in blindness.

Ostrovsky was kept afloat by the tremendous support of his friends and relatives, which gave him the courage to continue his fight for life. They advised Nikolay to start writing a novel. They believed in his talent, rich personal experience, great memory and erudition. Ostrovsky invented the so-called “stencil” that allowed him, a blind and motionless man, to write his book.

How the Steel was Tempered

Ostrovsky wanted to create a novel about a young revolutionary who, just like himself, embraced and supported Soviet power. He started his first novel, and even sent part of it to a publishing house, but the manuscript was lost and never reached the publishers. Ostrovsky managed to bear the hard blow and found strength to move on. At the end of 1930 he started to write his famous novel, “How the Steel was Tempered.” At first Ostrovsky used his “stencil,” but growing weaker, he was unable to hold it and resorted to dictating the novel to his friends. There are the handwritings of 19 people in the manuscript of the novel. 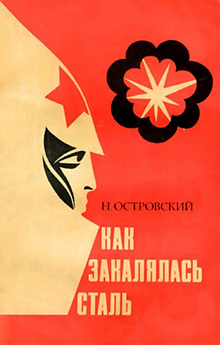 The first part of “How the Steel was Tempered” was finished in Moscow in 1931. Ostrovsky sent it to “Molodaya Gvardia” (The Young Guard) magazine, but the editors did not like it as they found the main characters “totally unrealistic.” However, the novel was approved by the representatives of Soviet propaganda, and soon “How the Steel was Tempered” was published in the magazine. The editors applied certain efforts to make the novel better, and Ostrovsky admitted and appreciated their corrections.

In April 1932 “Molodaya Gvardia” magazine began to publish “How the Steel was Tempered.” The novel is about a young revolutionary named Pavel Korchagin who supports the Soviets during the Civil War. Critics believe that the plot of the novel is based on Ostrovsky’s own life and experience.

In November 1932 the novel was published in a single book. It was reissued several times and became very popular among readers. Some critics affirmed that “How the Steel was Tempered” served as a distinctive Gospel for many young people of the times, since they recognized the main hero of the novel as a “new type of man” who was spiritually close to the Soviet youth. The novel was republished 41 times during Ostrovsky’s lifetime.

When it became widely known that the novel was autobiographical and written by a blind invalid, Nikolay Ostrovsky was praised as a hero. He was as popular as Vasily Chapaev, Valery Chkalov or Vladimir Mayakovsky. The 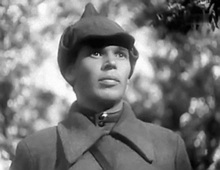 image of a communist writer and fighter was often idealized in Soviet times. Soon Ostrovsky’s fame became worldwide - the novel was translated into several languages and published in Japan, Czech Republic and the US. Ostrovsky wanted to write a sequel, but was never able to.

In 1935 Nikolay Ostrovsky was awarded the Lenin Order – the highest merit in the Soviet Union. He wrote in a letter to his friend, “What a life! Who could ever have guessed that the end of my life would be so happy? I do not want to die, but if it suddenly happens I would die on action station, not on invalid backyard.”

Ostrovsky was pampered and favored by the Soviet regime. He was presented a large and pleasant apartment in the center of Moscow. In December 1935 the writer moved in and celebrated with house-warming party. The Soviet government ordered a house to be built in Sochi for the famous writer: Ostrovsky would spend his last summer there in 1936. The writer worked on his new novel “Born by Storm.” He finished the first volume on 15 December 1936. A week later, on 22 December, Nikolay Ostrovsky’s heart stopped.

Nikolay Ostrovsky was buried in Moscow, at the Novodevichie Cemetery. His name has been given to streets and squares in a number of Russian cities. The novel “How the Steel was Tempered” is still considered the most vivid example of Soviet literature. There are three film versions of the novel in Russian cinema.