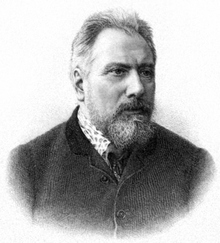 Nikolay Semenovich Leskov was a Russian writer, dubbed the “most national writer of Russia.”

Leskov was born in a village in the Oryol Region of Central Russia. His father was an official of the criminal court chamber who had earned a hereditary nobility title despite the fact he originated from a line of clerics. His mother was a noblewoman. Leskov spent his childhood in Oryol, on his parents’ estates in the region. He also spent several years in the house of his mothers’ rich relatives, as his parents had no money to pay for his home education. The relatives had him tutored by Russian, German and French teachers. He studied together with his cousins, showing much greater capabilities, which resulted in his being sent back home. When he was ten, he entered the Oryol gymnasium, but failed to graduate. When he was sixteen, his father died, and all the family belongings were lost in a fire. Leskov went to work as a clerk in the Oryol criminal court chamber. He later used his experience in the office in many of his works.

In 1849 Leskov left his post and moved to Kiev, invited by his mother’s brother. There, he worked as deputy head of a recruiting department and attended university lectures and began studying the Polish language and the Slavic culture. Leskov showed interest in religion, mixing not only with Christians, but also with Old Believers and cult followers. He was also interested in old Kiev art and architecture. All of this helped him become an expert in ancient Russian art.

A year later, he married the daughter of a Kiev merchant. It was a hasty marriage, not favored by their relatives. Their first son, whom they named Mitya, died early, cooling their relations, which hadn’t been too warm in the first place. In 1866, their second son Andrey was born, who later wrote his father’s first biography.

In 1853 Leskov was promoted to collegial registrar, and later became the head of the department. In 1856 he became the provincial secretary. A year later he retired and went to work for a private trade company which re-settled peasants to uncultivated lands. In service of the company, he traveled across all of European Russia. The beginning of his literary career was in 1860, when he first acted as a progressive publicist, collaborating with Kiev and St. Petersburg periodicals and writing short articles and essays. That same year he started working for the police, but had to leave service after he wrote an article revealing the abuse of power by police physicians.

In 1861 his family moved to St. Petersburg. Leskov continued working with periodicals and started writing for the “Native Notes” (“Otechestvennye Zapiski”) literary magazine. The same year he had his first big work published, the “Notes on the Distillation Industry” (“Ocherki Vinokurennoy Promyshlennosti”). In 1862 he went abroad to work for the “Northern Bee” (“Severanaya Pchela”) newspaper. He went to Poland, Western Ukraine and the Czech Republic to learn the life, art and poetry of the Western Slavic peoples, of whom he was very fond. His trip ended with a visit to Paris, and in 1863 he returned to Russia. This year was the official start of his writing career. He published his stories “The Life of One Woman” (“Zhitie odnoy baby”), “The Musk Ox” (“Ovtsebyk”) and started work on the novel “No Way Out” (“Nekuda”). The controversial novel, denying the revolutionary nihilistic ideas popular at the time, made many writers turn their backs on him, including the publisher of “Native Notes.” He then started publishing his works in the “Russian Messenger” (“Russkiy vestnik”, one of the most influential literary and political magazines of the second half of the 19th century, under the name of M. Stebnitsky. 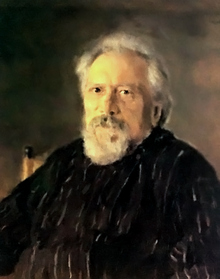 In 1865 he wrote “Lady Macbeth of the Mtsensk District” (“Ledi Makbet Mtsenskogo Uezda”), one of his best-known works. Two years later his play “The Spendthrift” (“Rastochitel”) was staged in the Aleksandrinsky Theater in St. Petersburg. He knew well the life of the province, its needs, its people, the details of their way of life, and never accepted the ideas of theorists detached from the “Russian roots.” He deals with this theme in “The Musk Ox” and in his novels “No Way Out” and “At Daggers Drawn” (“Na Nozhakh”). These works a Russia unprepared for a revolution and describe the tragic fate of those who put their hopes in it. “At Daggers Drawn” triggered political accusations against Leskov. In 1873 his stories “The Enchanted Wanderer” (“Ocharovannyi Strannik”) and “The Sealed Angel” (“Zapechatlennyi Angel”) were published. Leskov’s gradually worsening relations with the “Russian Messenger” threatened to leave his family without means of support. A year later he was forced to take a position in the Ministry of Popular Education’s special department on “examination of books published for the people” to make ends meet.

In 1875 Leskov went abroad for a second time. He was utterly disappointed in his religious beliefs, and upon his return he wrote a number of satiric short stories about the clergy. Two years later, his novel “The Cathedral Folk” (“Soboryane”) had plausible reception from the Empress Maria Aleksandrovna. Leskov immediately became a member of the education department in the Ministry of Government Property.

In 1881 he wrote one of his most famous works, “The Tale of Cross-eyed Lefty from Tula and the Steel Flea” (“Skaz o tulskom kosom Levshe i o stalnoy blokhe”). Two years later he retired from government service. In 1887 he met Leo Tolstoy, who had great influence on Leskov’s late works. In his late prose, he criticized the entire Russian political system. Since his fallout with the “Russian Messenger” he had to publish his works in provincial leaflets, newspapers and magazines. He often signed his works with pseudonyms, though he didn’t have a permanent one. The best known of his pen names are V. Peresvetov, Nikolai Ponukalov, priest Petr Kastorskiy, Psalomshik (Psalm-reader), A Man from the Crowd (Chelovek iz tolpy) and Watch-lover (Lyubitel chasov).

Nikolay Leskov died in St. Petersburg after an episode of asthma, which had tortured him during the last five years of his life. He is buried in the Volkovskoe Cemetery.