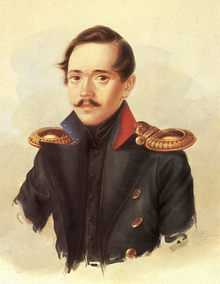 Mikhail Lermontov left a unique legacy in Russian literature and his poetic reputation is second in his native country only to Pushkin’s.

Caught in the family feud

Lermontov was born on October 15, 1814, in Moscow. His father, Yuri, was an impoverished army officer, while his mother, Maria Arsenyeva, was a wealthy young heiress from a prominent aristocratic family. Lermontov’s maternal grandmother, Elizaveta Arsenyeva, regarded their marriage as a clear mismatch and deeply disliked her son-in-law.

The union turned out to be ill-suited and the couple soon grew apart. Lermontov’s mother died three years later, aged 21, a disappointed and melancholic figure. After her death, her rich and authoritative mother, Elizaveta, launched a formidable battle for her beloved grandson, promising to disinherit him if his father took the boy away.

The father and son were eventually separated and, at the age of three, Lermontov began a spoilt and luxurious life with his doting grandmother, at her family estate of Tarkhany, in the Penza region in Central Russia.

No expense was spared to provide Lermontov with the best schooling and lifestyle his grandmother’s money could buy. He received an extensive home education, becoming fluent in French and German, playing several music instruments and proving a gifted painter. 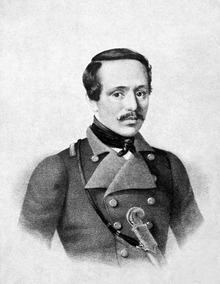 Since he suffered from poor health, Arsenyeva undertook several trips to the sunny Caucasus for a better climate and treatment at the mineral springs. The Caucasus greatly impressed Lermontov, inspiring a passion for its mountains and stirring beauty.

Yet fearing Lermontov’s father would eventually claim his right to bring up his son, Arsenyeva strictly limited contact between the two, causing young Lermontov much pain and remorse. Despite all the pampering lavished upon him, and torn by the family feud, he grew up lonely and withdrawn.

At the age of 14 Lermontov was taken to Moscow to continue his education. He enrolled at Moscow University, one of Russia’s best, in 1830. He started writing poetry, with much of his early verse greatly influenced by the works of British poet Lord Byron.

A year into his university studies, the final, tragic act of the family drama played out. Having been deeply hurt by his son’s alienation, Lermontov’s father died. For Mikhail it was a terrible loss, plunging the young man into depression.

Lermontov’s career at the university proved short-lived. He rarely took part in student life and showed little interest in lectures, often bringing books from home instead. He eventually left university without completing his course and seriously reconsidered his options.

He decided to move to St. Petersburg and entered a military cavalry school. A glittering army career tempted many young noble men of the time, but Lermontov quickly realised he wasn’t cut out for a life of drills, discipline and drinking. 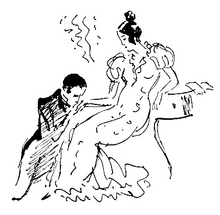 He developed a poisonous wit and cruel humour that would often earn him enemies. Lermontov’s skill in drawing caricatures was matched by his ability to put someone in their place with a nickname or epigram.

Upon his graduation two years later, Lermontov became an officer in a Life-Guard Regiment stationed near St. Petersburg. He plunged into a heady high society mix of drawing-room gossip and ballroom glitter, gaining some fame as a poet.

But the year of 1837 changed all that. When the outstanding Russian poet Aleksandr Pushkin was fatally wounded in a duel, Lermontov wrote the inflammatory poem The Death of a Poet. The final lines explicitly accused the powerful pillars of Russian high society of complicity in Pushkin's murder.

The poem caused uproar. It propelled Lermontov to unprecedented levels of fame, but provoked the wrath of the Czar. The poet was arrested and sent to the Caucasus.

The hero of his time

Ironically, the place of his exile was also the land he loved as a child. Attracted to the nature of the Caucasus and excited by its folklore, he studied the local languages, wrote some of his most splendid poems and painted extensively. Thanks to his grandmother’s efforts though, Lermontov soon returned to St. Petersburg, and to the high society theatre-going and ballroom dancing existence. Widely hailed as a promising literary talent, he published a number of his works and began his famous novel A Hero of Our Time. 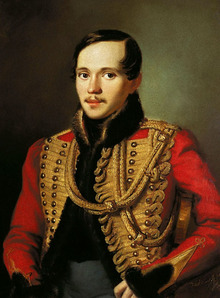 Lermontov’s only novel earned him recognition as one of the founding fathers of Russian prose. The partially autobiographical story consists of five closely linked tales revolving around a single character, a disenchanted, bored and doomed young nobleman. Featuring the character Pechorin, the book is considered a pioneering classic of Russian psychological realism. It was published in 1840, earning the author widespread acclaim.

But Lermontov’s socialite life wouldn’t last for long. That same year he clashed with the son of a French ambassador over a young society woman. A duel followed that prompted the poet’s second Caucasian exile. Lermontov was dispatched to the front-line fighting the local tribesmen. He proved to be a brave soldier but dreamed of the time when he could leave the army and devote himself entirely to his writing.

He was eventually allowed two-months leave and promptly rushed to St. Petersburg, but the Czar declined his request for discharge and denied him the award of bravery in battle. Lermontov was forced to return back to the army, arriving in the town of Pyatigorsk in May 1841.

He joined the town’s social life, meeting one of his old acquaintances, fellow army officer Nikolay Martynov. Although the two men were seemingly on good terms, Martynov soon became a target of Lermontov’s sharp wit and caustic jokes.

One proved to be a joke too many and Martynov challenged Lermontov to a duel. It left Martynov unharmed – but was fatal for Lermontov. He was killed on the spot on the evening of July 27, 1941, at the foot of Mashuk Mountain. He was just 26.

Lermontov never married and left no children. His love-life proved an unhappy one. Despite some high society conquests, throughout his life he apparently remained in love with childhood friend Varvara Lopukhina. The passion was said to be reciprocal but, pressed by her family, Varvara went on to marry a wealthy aristocrat much older than herself. Many of Lermontov’s poems are devoted to his lifelong love, Varvara becoming an inspiration behind many of his female characters.

Lermontov’s life is viewed as one of the most epic and dramatic in the history of Russian literature. Although many of his major poetic works remain largely unknown to English-speaking readers, they can be readily quoted from memory by millions of Russians.