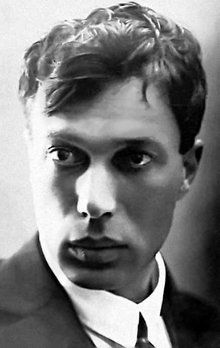 The Nobel Prize winning writer is considered one of the greatest Russian poets of the 20th century and was a great force behind the dissident movement during Soviet times. Boris Pasternak’s life ran parallel to a span of dramatic historic changes in Russia. As a young man Pasternak witnessed the Bolshevik Revolution and its evolution into the Soviet regime and both are conveyed in his work.

Boris Pasternak was born into a family of talented artists in 1890. As a young boy he was lucky to have interesting guests come and visit his father, Leonid Pasternak, a painter, and his mother Rosa Kaufman, a pianist. Family friends included composer Sergey Rachmaninoff and writer Leo Tolstoy.

His first poetry collection was published in 1914 and was influenced by Alexander Bloc and the Russian futurist movement, which focused on the buzz and dynamism of modern urban life.

During World War I the blooming poet worked at a factory near Perm in central Russia and his time spent there is said to have been a main source of material for “Dr. Zhivago” which he would write years later, capturing western audiences and a Noble Prize.

But his fame in Russia came earlier, in 1921, when the collection “My Sister Life” was published, revolutionizing Russian poetry. Its novel style made Pasternak a model for younger poets. His masterpiece “ Rapture” was celebrated by other Russian authors such as Vladimir Mayakovsky and Vladimir Nabokov who would later call Pasternak “Emily Dickenson in trousers” and a “weeping Bolshevik” when the colorful poet began to simplify his work under Soviet pressure.

Toward the end of the 1920s Pasternak began to feel his bright modernist style didn’t mix with the Soviet realism encouraged by the Communist regime. So he toned it down, making his material more readable for the masses and re-working earlier pieces. In the 1930s Pasternak turned to Shakespeare, translating his plays in what would become the most “used” translations in Russian theaters and schools. 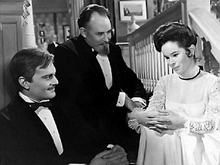 The noble prize winning epic, “Dr. Zhivago,” has come to life in many ways. Probably the most well known form in the west is the 1965 film, which won five of the ten Oscar’s it was nominated for, making it a classic.

But Boris Pasternak’s “Doctor Zhivago” has had a life of its own. It was banned in the Soviet Union and first published in Italian. It was never really clear how the novel was published in its original language and sent to the Swedish academy-meeting requirements just in time for Pasternak to be considered for the 1958 Nobel Prize.

But, with the release of a book that claims the CIA played a key role in ensuring Pasternak receive the Noble prize in order to embarrass the Kremlin, comes a new story. The theory was rumored for years, but Ivan Tolstoy, the Prague-based author of “The Laundered Novel,” says he’s not telling a NEW story, he’s just the first to call the CIA the CIA.

The Laundered Novel and the CIA

“Doctor Zhivago” was completed by 1956, but Pasternak’s tale of a man torn between two women against the backdrop of the Bolshevik Revolution was rejected by Moscow Publishers and impossible to publish as the Soviet Union continued to tighten its screws on expression.

An Italian edition was published by Milan Editor Giangiacomo Feltrinelli in 1957. It was met with success and Pasternak became a name know around the world. His friends in Europe tried to prepare a Russian edition but Feltrinelli, who was a communist, didn’t want to offend the Kremlin. “The Kremlin people, he didn’t like them… he didn’t like their politics. But it was the idea of communism. He didn’t want to offend the idea of communism. So he wrote a letter to all editors in Europe not to publish the Russian version without his OK,” says Tolstoy.

According to Tolstoy the situation became clear to the CIA and they decided to mastermind a plan and publish a Russian version that would look like it was printed in the USSR. “They chose the people to make a type setting, they chose the typography, and the printing house - but they still needed one thing, the main thing - the manuscript - where to get it?”

It seems the CIA’s investigation led them to believe someone would be flying from one European country to another in early 1957 - and on board with them would be the precious typescript. The plane was forced to make an emergency landing; legend has it on the isle of Malta. “So they stopped the plane and secretly made a photocopy of it inside the plane while all the passengers were in the airport. They put it back in its place and the plane flew off to the right city,” Tolstoy explains.

The CIA now had the manuscript and the Russian edition mysteriously appeared in The Hague at Mutton Publishing House. When Feltrinelli found out, he jumped at the chance to put his name on the title page.
“ The CIA whispered to Feltrinelli in Milan - the Russian edition is prepared. He was furious and rushed to The Hague. He made the owner of the Mutton Publishing House put his name on the title page - and he said, ok - SO this is a piracy - but now with this imprint it is legalized. That’s what the CIA masterminded,” says Tolstoy. 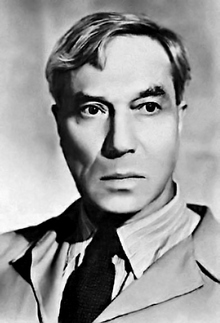 Five copies were taken to Stockholm—and the Noble commission awarded “Doctor Zhivago” the 1958 Noble Prize. Pasternak accepted the prize with joy and wrote: “Immensely thankful, touched, proud, astonished, abashed.” But a week later he sent in a rejection letter and his tune was frighteningly different:

“I must reject this undeserved prize which has been presented to me. Please do not receive my voluntary rejection with displeasure.”

Pasternak’s son Evgeny received the Noble Prize on behalf of his father in 1989 and says Pasternak rejected the award only to protect his family and those close to him. He told RT the noble Prize brought trouble to his father’s life and ultimately lead to his death in 1960. “It went off like a bomb. After the announcement from the Nobel Committee, the Culture Department of the Party’s Central Committee prepared a special report. It unleashed a massive persecution campaign, which eventually caused my fathers early death,” says Pasternak.

But Ivan Tolstoy thinks the prize, on the contrary, actually kept Pasternak from going to prison. The punishment would have internationally embarrassed the Soviets. “After the Noble Prize it was impossible to touch him,” Tolstoy says. “Yes, Pasternak was in bad health, but don’t forget he was 70.” Both Ivan Tolstoy and Pasternak’s son say he had no clue about the CIA’s connection with “Dr. Zhivago” and the Noble Prize.

Boris Pasternak died in 1960 of lung cancer. Only a small obituary appeared in a literary paper but thousands showed up for his funeral. His friends, family and fans recited some of his poems, which were banned during his life.