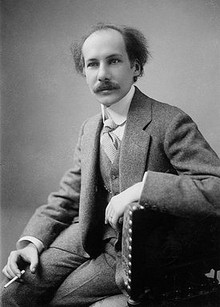 One of the most outstanding figures of Russian symbolism, Andrey Bely was truly representative of his own epoch, embodying it in his life and art.

Andrey Bely was born Boris Bugayev in 1880 in Moscow into the noble intellectual family of a prominent mathematician and a social beauty. His father Nikolay Bugaev was a professor at the University of Moscow, Dean of the Faculty of Sciences, and the founder of the Moscow School of Mathematics. Fully committed to mathematics, natural sciences, and positivism philosophy, Bely’s father wrote deep essays on geometry and analysis. On the contrary, Bely’s mother, Aleksandra Dmitrievna (born Egorova) had an irrational attraction to the arts, despising both her husband’s professional activity and ugly looks. Many of Bely’s biographers note that the incompatibility of his parents’ personalities had an unfortunate effect on the boy’s psyche. The tense atmosphere of his childhood partly inspired Bely’s autobiographical novels Kotik Letaev (1914) and Baptized Chinaman (1927).

As a child, Bely received an excellent home education followed by attending the well-regarded private Polivanov gymnasium in 1891-1899. His talents emerged early in his intensive philosophical and literary studies; as poet Zinaida Gippius observed, his erudition was startling. One of the most influential events in Bely’s life happened when he was fifteen: he was introduced to the family of Mikhail Solovyov, the younger brother of the famous philosopher and poet Vladimir Solovyov. It was in Mikhail’s house that Bely became engaged in various discussions on art and philosophy with diverse people – meetings the writer would later describe as ‘sessions of the Florence Academy’. Mikhail also suggested the pseudonym of Andrey Bely. 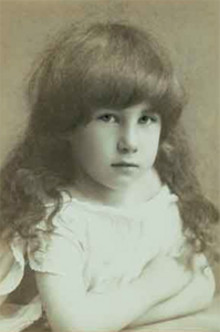 Despite his obvious interest in literary and cultural studies, Bely (most likely as a result of his father’s influence) graduated from the Moscow University in 1903 with a degree in natural sciences. The following year, he enrolled in the historical-philological faculty, only to give it up after a year, deciding to dedicate himself fully to writing. During these years, along with studying Charles Darwin’s works and positivism philosophy, Bely was attracted by theosophy and occultism, along with Vladimir Solovyev’s religious poetry and Nietzsche’s  philosophy.

His writing career started with the publication of Second Symphony, the Dramatic in 1902. Deeply influenced by Vladimir Solovyov’s concept of ‘all-in-oneness’ and the image of Sophia as the female embodiment of Holy Wisdom, the ‘symphony’ was aimed at creating a synthesis of music and word by applying the structural laws of music to a literary composition and using a system of leitmotifs as well as a rhythmization of prose.

During 1901-1903, Bely became a part of the Moscow symbolists group including Bryusov and Balmont called the “Argonauts”. He was one of the main organizers of the literary club, preaching the principles of symbolism as religious creation and the equality of the ‘text of life’ with ‘text of art’. His collection of poems Gold in Azure (1904) was also published during this period, a body of work that would deeply explore Bely’s cyclical interpretation of time and include several poems based on the Greek myth that inspired the name of his literary circle, including “The Golden Fleece” and “The Argonauts”.

The revolutionary year of 1905 significantly affected Bely’s views, changing his philosophical orientation from Solovyev’s religious overtones to the social tendencies of the neo-Kantian world-view. He added several social themes to his poetry along with new rhythms and meters in an allusion to Nikolay Nekrasov’s earlier innovations in Russian poetry. 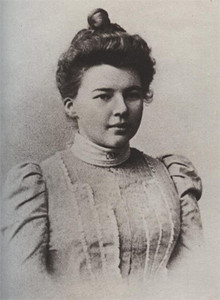 A dramatic and unrequited love relationship with Aleksandr Blok’s wife Lyubov Mendeleeva resulted in Bely personifying her as the representation of Solovyev’s image of Sophia (or the ultimate divine wisdom in feminine form) as reflected in the poetry volume Urn (1909). Bely’s affection for his friend and fellow poet’s wife led to such long-running tensions between them that they challenged each other to duels several times over.

The following two years witnessed Bely working as a gifted essayist and tireless symbolism preacher. Three volumes of critical articles were published, including Symbolism (1910), Green Meadow (1910) and Arabesques (1911). One of the most considerable works of the period was his novel The Silver Dove (1910), a tale of a young poet leaving the city to join a religious group, later to be murdered by sectarians.

Bely started a relationship with Asya Turgeneva around this time, and between 1910 and 1912 they traveled together through Sicily, Tunis, Egypt, and Palestine.

Regarded as his major masterpiece, the novel Petersburg was published in 1913. As critics observe, the book employs a striking prose method in which sounds often evoke colors. Set in the mystical and hysterical atmosphere of the turn-of-the-century imperial metropolis, the novel touches upon the topics of history and identity. As the plot unwinds in the revolutionary year of 1905, the book centers around a plan to assassinate a high government official. The bizarre irony of the novel is that the bomb is camouflaged, while the alleged assassin happens to be the official’s own son, the unfortunate Nikolay Apollonovich.  Because of the sophisticated play on words hard to grasp at times, the novel has been compared by many critics to Ulysses by James Joyce. 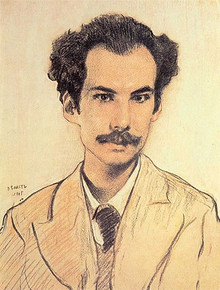 Later, Bely was affected by Rudolph Steiner’s religious philosophy of anthroposophy and during his visit to Switzerland in 1914 he became the mystic’s personal friend. The same year he even participated in the construction of Steiner’s famous Anthroposophical Temple. Kotik Letaev, an autobiographical tale of early childhood full of anthroposophical mysticism was also written during these years.

During World War I Bely returned to Russia, leaving Asya Turgeneva in Switzerland. His attitude to the 1917 revolution was not negative, as he considered it a possible way of avoiding global catastrophe, but he never advocated it. In the post-revolutionary years, Bely lectured the young writers of “Proletcult” (a soviet, avant-garde ‘proletariat-cultural’ institution) on literature and philosophy. During this period he wrote his essay Revolution and Culture (1917) and the poem Christ Has Risen (1918).

In 1921, Bely returned to Europe, but not to his former life there. In 1922 he published Recollections of Blok.

Bely devoted his last years to writing memoirs (At the Border of Two Centuries, 1930; The Beginning of the Century, 1933; Between Two Revolutions, 1934) of significant importance both as literary criticism and historical documents. He also continued his literary studies and published Rhythm as dialectic in ‘The Bronze Horseman’ and The Mastery of Gogol (1934).

Andrey Bely died on January 8, 1934. His apartment at Arbat, 55, in Moscow became a public museum in 2000. He is the namesake of one of the most significant awards in modern Russian literature.