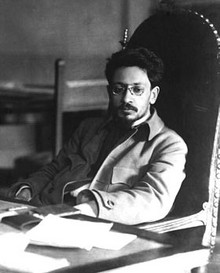 “Andrey”, “Max”, Smirnov", "Permyakov". This is only a few of the false names and pseudonyms used by Yakov Sverdlov during his underground revolutionary activity in various parts of Russia at the beginning of the 20th century. At the age of 32 he was one of the key figures behind the 1917 Bolshevik Revolution. He was a close ally of Vladimir Lenin and until 1919 he was the official head of the Russian Soviet Federal Socialist Republic.

Yakov Sverdlov was born in 1885 in the city of Nizhny Novgorod into the family of a Jewish engraver. The family lived from hand to mouth. Yakov’s father Mikhail (or Moishe, as they called him) took a second underground job forging various documents and stamps for revolutionaries to pay for his children’s education. His forgeries were so good the police could never tell one of his fakes from the real article.

On April 30, 1896, at the age of 11, Sverdlov was admitted into the first grade of the Nizhny Novgorod Provincial Gymnasium. Yakov’s relationship with his teachers was far from perfect. Many times he protested against the school regulations, which irritated many of his tutors. Eventually tiring of the combative Sverdlov, they expelled him after finishing only five grades.

His young age notwithstanding, Yakov developed an intense desire to devote all his energy to defending the rights of the working class. After he was expelled from school, Sverdlov found work as an apprentice in a pharmacist’s shop in the township of Kanavin near Nizhny Novgorod. The town was the site of a big lumberyard and a huge number of workers. There Yakov came into contact with workers who always shared stories about the hardships of their everyday life, and Sverdlov eventually spoke to his father about his revolutionary ideas. By that time, the home of the Sverdlovs in Nizhny Novgorod was used as a hiding-place for visiting revolutionaries, and the half-century old idea of toppling the monarchy was gaining popularity in the region. Later on Yakov’s father began to sell illegal literature and even arms.

In 1902 Sverdlov joined the Russian Social Democratic Workers Party. He distributed social-democratic literature and raised funds for party needs. In addition, he set up an underground printing press. In 1903, when the party was divided into the moderate Mensheviks and more radical Bolsheviks, Sverdlov decided to join the Bolshevik faction. From then on, he always displayed his ardent support for Vladimir Lenin. Sverdlov took part in the 1905 Russian Revolution. By that time he had been placed in charge of several Bolshevik organizations in the Ural Mountains region. During that period he developed a reputation as one of the party's leading public speakers. The same year he and his wife Elizaveta Schmidt had their daughter, Elena.

Arrest, exile, and a bit of freedom 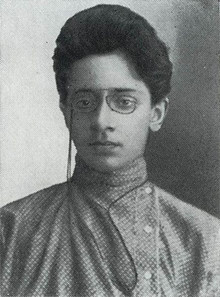 During his first years in prison, Sverdlov was allowed time to read and educate himself. He also tried to plan various escapes, occasionally succeeding. During one of his periods on the run, he married his second wife Klavdia Novgorodtseva, who bore him two children and stayed with Sverdlov until the end of his days. During one of his successful escapes in 1912, he managed to get to St. Petersburg, where he became a member of the Bolshevik Party Central Committee.

However, in 1913 Sverdlov’s whereabouts were discovered by police agent Roman Malinovsky. Yakov was exiled to Turukhansk in Eastern Siberia. For three years he shared his flat with another exiled revolutionary, Joseph Stalin, the future notorious Soviet ruler. At the beginning of their time together, both of them were quite tolerant of each other. But later on, their relationship became significantly strained, and they often had quarrels. Yakov, in spite of the poverty he experienced during his youth, was brought up in the traditions of the Russian intelligentsia, and found Stalin’s manners lacking.

For example, Sverdlov would wash his dishes after every meal, but Stalin did not bother to, occasionally giving his plate to his dog to lick it clean. Additionally irksome was that Stalin’s dog was called Yashka, a diminutive nickname for Yakov.

After the 1917 February Revolution, Sverdlov returned to the capital which at that time had been renamed Petrograd. He took an active part in the propaganda campaign against Russia’s participation in WWI, the Bolsheviks calling the conflict “imperialistic”. In April, Sverdlov went to the Urals to oversee the party activity in the city of Ekaterinburg. He returned to Petrograd in June and he was a key figure in organizing the subversive activities of Vladimir Lenin against the provisional government. As of August 1917, Sverdlov controlled the organizational bureau of the Central Committee and its secretariat. Along with Felix Dzerzhinsky, he was the head of the Central Committee's military commission. In Lenin's absence, it was Sverdlov who presided at the Central Committee meetings. In all critical circumstances Sverdlov displayed unquestionable loyalty to Lenin.

In the fall of 1917, it was Yakov Sverdlov who was responsible for the so-called “workflow of the Revolution”.  At the beginning of October he personally recruited people for the revolutionary committee. Close to the day of the Bolshevik Revolution, he supervised the actions of the Russian Provisional Government members (On the first day of the uprising they were arrested in their residence in the Winter Palace). After the Bolsheviks had taken power, at the assembly of the Second Congress of the Soviets, Sverdlov was elected Chairman of the All-Russian Central Executive Committee. He personally supervised the process of sending telegrams all over the country with the news that the Bolsheviks had taken power in Russia.

At the time, Sverdlov was the official head of the country, but in reality he always took orders from Lenin. However, he saved Lenin several times, as there were moments when Sverdlov was the only member of the Central Committee to support the mastermind of the revolution, and all the deputies only later took his side. In January 1918, Sverdlov played an important role in persuading the Bolshevik leaders to support the closure of the Russian Parliament, a constituent assembly that represented various political parties. He led the campaign to create the peace treaty admitting Russia’s defeat in World War I, known as the Treaty of Brest-Litovsk. Many eyewitnesses said that Lenin merely put forward theories of the revolution, leaving Sverdlov to apply them in practice. He supported acts of violence against those loyal to the Tsar, a policy later known as “The Red Terror”.  Some modern historians, journalists, and investigators managed to obtain documents proving it was Yakov Sverdlov behind the execution of the royal family that took place near the city of Ekaterinburg on July 16, 1918.

There are still many versions of Sverdlov’s mysterious death on March, 16, 1919.  Some researchers are sure that he died of influenza which he caught in the city of Oryol on one of his business trips. Others say that he died of tuberculosis (that was Stalin’s version, which suited him because it portrayed Sverdlov as a martyr who caught the dangerous disease in exile). According to a third version, he was heavily hit by a worker at a Moscow factory. Many historians however tend to believe that his death was not linked to illness, despite the fact that his health was failing. It was only after his death that Stalin, the person who had a negative relationship with Sverdlov during their time in exile in Siberia, began to rise to the highest echelons of power. At Sverdlov’s funeral, held in the Necropolis close to the Kremlin wall, Lenin spoke for 2 hours about key issues every revolutionary had to keep in mind. He realized that he had lost his biggest ally in the power struggle within Bolshevik circles.

In 1924 the city of Ekaterinburg was renamed into Sverdlovsk. In 1991, Russian President Boris Yelstin who was born in that part of the country returned the city’s original name. However, to this day the region around Ekaterinburg is still called the “Sverdlovsk region”.