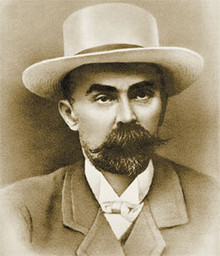 Dubbed by his contemporaries as “the first Russian Marxist”, Georgy Plekhanov was one of the most prominent scholars to study Karl Marx. He was also the founder of the Social-Democratic movement in Russia which eventually led to the 1917 Bolshevik Revolution, although the revolution itself was a scenario he personally wanted to avoid. Plekhanov taught the basics of Marxist philosophy to Vladimir Lenin, but in a strange twist of fate condemned all of Lenin’s post-revolutionary activities as delirious.

Georgy Plekhanov was born in the village of Gudalovka in the Tambov region of Central Russia on November 26, 1857. His parents had a small estate of their own. In 1873, Georgy entered a military school in the city of Voronezh. A year later, however, he realized a military career no longer suited him. So he quit, and instead entered the Mining Institute in St. Petersburg. However, he did not have time to achieve his degree in engineering – he became enamored with revolutionary theories and was expelled from the Institute for skipping lectures.

The 1870’s were a time when the idea of peasant liberation was very popular among the ambitious university youth. Most of them advocated the necessity of acts of terrorism against the Russian Tsar, while Plekhanov called for a political and peaceful solution to the problem.

In 1875 he was one of the organizers of a movement called “Land and Liberty” – a group campaigning for freedom for the peasants. Plekhanov was a key speaker at the famous Kazan Square protest rally in St Petersburg on December 6th 1876, as he openly expressed his views and, moreover, promoted them among the workers at various factories in the city. Georgy organized several strikes. Twice Plekhanov was arrested - first in 1877, and then again in 1878. In his political struggle, he used the pseudonym “Volgin” - after the Volga River. He became a writer in “Land and Liberty Magazine”, where he presented a written overview of his ideas.

The movement was one of discord, regardless of whether or not terrorism was advocated as an appropriate tool for political struggle. However, Plekhanov firmly rejected any use of arms. In 1879, during the group’s annual convention in Voronezh, “Land and Liberty” split into several smaller movements.  Plekhanov became the leader of the “Black Repartition” group. It rejected terrorism and supported socialist propaganda campaigns among workers and peasants.

Plekhanov insisted that revolution could not be achieved by the workers only – according to him, both workers and merchants had to unite their efforts in the fight against absolutism in Russia. 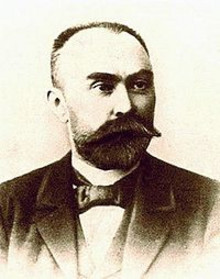 However, the police kept a close eye on Plekhanov’s activities, and as a result Georgy was forced into exile in 1880. He would only be able to return to Russia 37 years later – one year before his death.

Georgy Plekhanov settled in Geneva. Life in Switzerland was no bed of roses for Plekhanov and his wife who came to live with him at the end of 1880. They could barely make ends meet working as part-time translators. Nevertheless, Plekhanov frequently went to the library, where he fell in love with Marxism.

He spent long hours studying the works of Karl Marx and Friedrich Engels. He became thrilled with the doctrine that the proletariat was destined to be the key driving force of revolutionary change – no matter what country the workers lived in. To spread these ideas, Plekhanov translated “The Communist Manifesto” by Marx and Engels into Russian in 1882. “I turned out to be more of a Marxist than Marx was himself”, – he used to say.

Inspired by the works he studied, Plekhanov published books on Marxist theory. Among them were Socialism and the Political Struggle (1883), Our Differences (1884) and On the Development of the Monist View of History (1895). The latter research hinged on Plekhanov’s idea that a successful revolution of the proletariat could only take place after the development of capitalism. He was convinced that only industrial workers are capable of bringing social change. Plekhanov managed to give an account of the modern social and philosophical thoughts of Hegel and Marx and combine it with the materialism of Feuerbach. He consistently applied this dialectical materialist method to all branches of human knowledge – later on, his theory would become a philosophical cornerstone of the socialist movement in various countries.

Plekhanov was also practical in his pursuit of the revolution. In 1883 he co-founded a group called “The Emancipation of Labor”. The aim of this organization was to promote Marxism among Russian revolutionaries of the 1880’s. Georgy Plekhanov was a fierce opponent of Sergey Nechaev and Pyotr Tkachyov. They were convinced that a small group of revolutionaries could topple the Tsar in Russia. Plekhanov argued that a revolution of that kind would do no good for the citizens of the country, stating it would just replace one authoritarian regime with another. “Communism in this case would also be authoritarian”, he used to write.

In 1887 Georgy Plekhanov fell ill with tuberculosis. His health faded rapidly, but he managed to recover thanks to love and care of his wife and the financial help of his revolutionary friends. However, for the rest of his life he was extremely sensitive to changes in climate as a result of the disease. 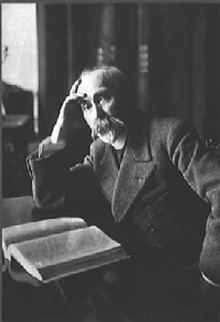 Despite all these hardships, in the 1890’s Plekhanov entered the vanguard of the Social-Democratic Movement. Under his influence, 8 representatives of various Marxist Groups met in March, 1898, to form a Social Democratic Labor Party – the “ancestor” of the Soviet Communist Party. The party was soon banned by the Russian authorities, and most of those present at the meeting went into exile.  Plekhanov, Vladimir Lenin, Jules Martov would initiate the publishing of “Iskra” (which means “spark” in Russian) magazine to promote the ideals of their new movement. The journal was smuggled into Russia by a network of underground agents.

However, in 1903 a division within the party occurred. It happened at the second congress of the Social Democratic Labor Party in London in 1903 after a dispute between Vladimir Lenin and Jules Martov. Martov was calling for a large party of activists while Lenin was trying hard to keep the party small – the members, according to Lenin, should be only professional revolutionaries whose mission would be to attract an “army of non-party sympathizers and supporters”. Plekhanov admired Lenin’s courage and charisma, but at the same time he thought that these ideas resembled those of Pyotr Tkachyov. As a result of this dispute, Lenin formed a breakaway faction within the Party called “The Bolsheviks” (which means “majority”) while Plekhanov and Martov remained in “The Menshevik” (“Minority”) group.

After the divide, the “Iskra” journal became Plekhanov’s platform for his dispute with Lenin and the Bolsheviks. He was driven by fear that Lenin would impose a communist dictatorship all over Russia. He was especially afraid of the fact that the Bolsheviks would bring to power many uneducated people. This was precisely the scenario that Plekhanov was desperate to avoid. For this reason, Plekhanov did not show much enthusiasm during the series of uprisings in Russia that would later became known as 1905 Revolution. Some of Mensheviks and Bolsheviks called him “defeatist” and even a “traitor”. But Plekhanov stood his ground and held to his point of view.

Another “clash of views” between Plekhanov and Social Democrats happened in 1914 – right after WWI broke out. He fell under the heavy criticism of Lenin, who did not share Plekhanov’s patriotic views about the necessity to support all the endeavors of the Russian Government to win the war. The Bolsheviks held onto their idea of “Proletarian internationalism” and called on workers of various countries to unite in their struggle against their oppressors.

However, Lenin valued Plekhanov’s views very highly. He wrote “Plekhanov’s services to our movement were immense. During the twenty years between 1883 and 1903 he wrote a large number of splendid essays”. Lenin wanted some of Plekhanov’s work to be compulsory reading by everyone who supported Communism.

Georgy Plekhanov returned to Russia right after the 1917 February Revolution when the Tsar was toppled. He founded his own socio-democratic movement called “Yedinstvo” (“Unity”). However, he did not manage to win the support of the masses, who clung to the views of the Bolsheviks. Plekhanov could not accept Bolshevik ideology, and right after the Bolshevik Revolution in 1917 he fled the country. He died of tuberculosis on May 30th, 1918 in the city of Teriyoki, Finland.

In spite of all their differences, the Bolsheviks paid a final tribute to Plekhanov for everything that he had done for the cause of the revolution.  Lenin issued a decree to bury him in the Volkovo Cemetery of St. Petersburg – a burial place for many prominent Russian writers. The Soviet Government also offered to let Plekhanov’s wife Rosalia present all his articles and to publish a full collection of his works. This process was completed by 1925. The name of Plekhanov was also given to the Academy of Economics in Moscow and to the State Mining Institute in Leningrad (now St.Petersburg).