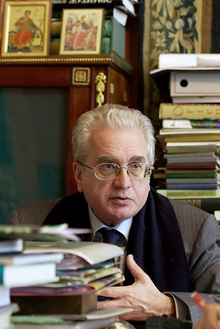 Mikhail Piotrovsky is a Russian scientist and the Director of the State Hermitage Museum in Saint Petersburg, one of the largest and the most famous cultural and historical museums in the world. The collections of the Hermitage include precious objects from the Stone Age up to the end of the 20th century and boast paintings by Rafael, Michelangelo, Titian, Renoir and other great masters.

Mikhail Piotrovsky was born on 9 December 1944 in Yerevan, Armenia, into a family of archeologists. Later the family moved to Leningrad (now Saint Petersburg). Mikhail’s father, Boris Piotrovsky, was head of the State Hermitage for 30 years, from 1960 to 1990. Brought up in an atmosphere of admiration for science, Mikhail decided to uphold the family tradition, following his father’s path of a scientist. In 1967 he entered the Department for Oriental Studies at the Leningrad State University. Charmed by oriental languages and culture, Piotrovsky decided to major in Arabic philology. Very soon he proved himself as a talented young scientist. He underwent training at the Cairo University, taught history to the students of Yemen, and finally returned to his hometown to graduate from the University with honors in 1967. Piotrovsky spent the next 23 years working in the Leningrad Department of the USSR Academy of Sciences at the Institute for Oriental studies. He defended his Associate of Arts thesis in 1973 and obtained a doctorate degree in 1985. 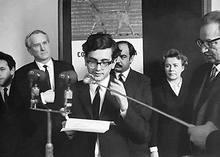 Since 1983 Piotrovsky has led a number of Soviet-Yemen historical expeditions. He has participated in archeological research in the Caucasus and Central Asia. Based on the results of these expeditions, Piotrovsky has written over 150 scientific articles. His most well-known articles include “Islam. Encyclopedic Thesaurus,” “The Basic Features of Arabic Islam Artistic Culture” and “Koran Legends.”

After the death of his father in 1990 Mikhail Piotrovsky was recommended for the position of Deputy Director of the Science Department of the State Hermitage. In 1992 he was appointed Director of the Hermitage. Piotrovsky introduced a number of reforms at the museum. New storage areas for the collections were constructed and subsidiaries were opened in Kazan, the Republic of Tatarstan, Las-Vegas (Guggenheim Hermitage Museum), Amsterdam (Hermitage Amsterdam) and London (rooms in the Somerset House). Items from the Hermitage collections began to be exhibited abroad, as the Saint Petersburg museum established cooperation with a number of large foreign museums and exhibition halls. However, an incident occurred in November 2006 that reduced the number of foreign exhibitions displaying Hermitage collections. During an exhibition in Switzerland of a collection belonging to the Pushkin Museum, there was an attempt by the Swiss company NOGA to confiscate 54 paintings as a means to put pressure on the Russian government to resolve a financial conflict. NOGA accused Russia of defaulting on its obligations to deliver oil products in exchange for provisions and fertilizers. It claimed that Russia owed the company 23 billion dollars. The Russian government did not recognize the debt and accused NOGA of contract violations. The conflict culminated in the confiscation of the Russian masterpieces during the exhibition in Switzerland. Later the masterpieces were returned. But following this incident Piotrovsky declared a moratorium on foreign exhibitions of the State Hermitage collections. 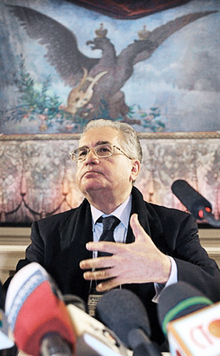 In August 2006, Piotrovsky was forced to do away with another exhibition. This time the cause was an unprecedented scandal: during an inventory of the Hermitage storage areas 221 exhibits, including jewelry and icons, were found to be missing. Some called for Piotrovsky’s resignation. However, the Russian Minister of Culture, Mikhail Shvydkoi, stood up for Piotrovsky, who maintained his position. Still, the Attorney General's Office filed a suit to find out who was responsible for the losses. Vladimir Putin, the Russian President at the time, ruled that a commission to examine and control the museum’s funds be established. Some items of the Hermitage collections were later found abroad, but not all. Three items were even discovered in a railroad luggage room in Saint Petersburg. It was ascertained that the precious items had been stolen by a former Hermitage curator. She died several years ago, but her husband and son were arrested for their involvement in the crime.

In 2009 Petrovsky had another scandal to deal with. Tax authorities audited the Hermitage’s accounts from 2003 and discovered that approximately five million dollars had been spent on museum employees’ trips abroad, some of them allegedly personal. However the accusations were later overturned in court.

Recently Mikhail Piotrovsky prohibited the transfer of icons from the storage areas of museums to churches. He believes that icons can be safely kept only in museums, as it is much easier for collectors to appropriate the precious items from cathedrals and temples, and take them abroad. This opinion was criticized by representatives of the Russian Orthodox Church, but Piotrovsky took a firm stand. He is known as a good diplomat, but on some important issues Piotrovsky has shown great rigidity. Sometime he says to tough critics, “Our conversation is out of the cultural field,” which means that he is not going to argue any longer. 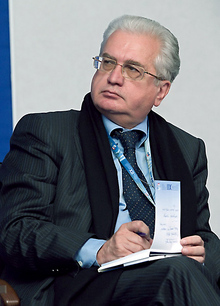 Experts call Mikhail Piotrovsky “one of the world’s most efficient managers in the museum sphere.” He has already initiated the foundation of Hermitage chapters abroad, organized quite a number of exhibitions in the halls of the museum and founded the Hermitage Orchestra and the Hermitage Kindergarten. One of Piotrovsky’s forthcoming plans is to open a gallery of modern art in the State Hermitage.

Piotrovsky has quite a number of posts and regalia. From 2001 to 2005 Piotrovsky was the Chairman of Board of Directors of the First Channel of Russian television. He is a corresponding member of the Russian Academy of Sciences and Academy of Arts, a professor at Saint Petersburg State University, a member of the International Museums’ Council, a member of the presidium of the Russian committee of UNESCO as well as a number of other organizations. Piotrovsky has been honored with orders and medals, including the Order of the Rising Sun and the Order of Honor. He also has a planet named in his honor.

Mikhail Piotrovsky is married and has a daughter and a son. Journalists often ask Piotrovsky about his hobbies, and he always gives the same answer: “My hobby is to be the Director of the State Hermitage!”