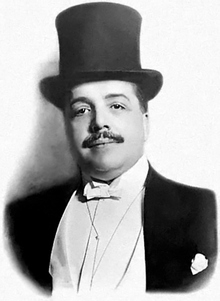 An artist with a law degree

Sergey Diagilev is a famous Russian impresario and art connoisseur. He is considered to be the first Russian who brought Russian art first to European and then American audiences. His Ballets Russes, a touring ballet company, attained an unprecedented level of fame from 1909 until 1929.

Although studying law at university, he had pronounced interest to music and art in general. After obtaining lawyer’s degree he decided to take up another path, that of a composer. However, his first experience proved to be a complete failure. Disappointed in his creative capabilities but not discouraged, he makes up his mind to become one of the greatest patrons of art.

A series of art exhibits organised in Russia in 1897 marked the beginning of Diagilev's career as an impresario. Those led to the founding of an ambitious art journal, Mir Iskusstva (The World of Art, 1898 – 1904), together with an artistic group of the same name. Aleksandr Benua, Konstantin Somov, Dmitry Filosofov, Leon Bakst ,

and Eugene Lansere promoted artistic individualism and other principles of Art Nouveau.

The theoretical declarations of the art movement were stated in Diaghilev's articles Difficult Questions, Our Imaginary Degradation, Permanent Struggle, In Search of Beauty, and The Fundamentals of Artistic Appreciation published in the N1/2 and N3/4 of the new journal.

As Diagilev's attentions shifted to Western Europe, the nucleus of Diagilev's World of Art group remained with him. His first European export was an exhibition of Russian paintings in Paris in 1906. A series of concerts of Russian music followed the next year, and in 1908 Diagilev brought Russian opera to Paris, featuring composers Nikolay Rimsky-Korsakov, Sergey Rakhmaninov, Aleksandr Glazunov and opera singer Feodor Shaliapin .

In 1909, Diagilev, together with designers  Aleksandr Benua and Leon Bakst, the choreographer Michel Fokine, and dancers of such renown as Vatslav Nizhinsky and Anna Pavlova, began to introduce European audiences to Russian ballet.

The repertory included Orientalist fantasy ballets such as Scheherazade staged in 1910, investigations of the antique (Afternoon of a Faune, 1912) and of Russian and Slavic culture (The Fire-bird, 1910).

The impresario was a superb spotter of talent, a master showman, and a man who knew his audiences. Diagilev introduced composer Igor Stravinsky

to the public. He launched the career of the then unknown composer staging ballets Petrushka and Rite of Spring. 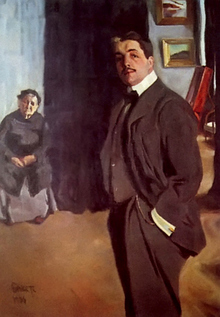 Diagilev company toured Europe and Americas until his death in 1929.

The latter years and death

The final years of his enterprise were marked by ballets signed by George Balanchine – an unknown dancer, who became one of the greatest choreographers of the 20th century.

After Diaghilev's death the company's properties were claimed by creditors (he himself died in poverty), and the dancers were, more or less, scattered. But the name was a property, too, and in the subsequent years the company had two reincarnations, one as the Ballet Russe de Monte Carlo, the other as the Original Ballet Russes.

Diagilev has significantly influenced the development of ballet in the 20th century and its influence has lasted, in one form or another, to this day.

Ilya Glazunov Ilya Glazunov is a Soviet and Russian artist known for his historical and religious paintings. His art is controversial, but still catches the attention of critics and admirers.

Igor Moiseev He became a choreographer at the Bolshoi Theater at the age of 24 and at 31 organized his own folk dance ensemble, becoming the Soviet "Lord of the dance".