It’s become one of the symbols of the Soviet Union and subsequently – Russia. A stereotypical Russian is always expected to wear one. So when another supposed Russian appears in another Hollywood movie no one is surprised to see he is wearing exactly that – an ushanka, or an “ear-flap hat.” Remember the agitated Russian cosmonaut in Armageddon? And that’s far from being the only example!

There’s hardly a person in the world who hasn’t seen that famous Russian hat with ear flaps that make one look a bit like a Spaniel when they are left down, and like a soldier when the flaps are tied up to the crown. One can also tie the earflaps under the chin – that’s the best protection from freezing temperatures – especially for the ears. 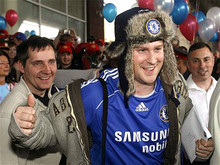 So it’s only logical that in Russian ushanka is derived from the word ushi (ears). In English, however, it is often referred to simply as shapka (hat).


For sportsmen and tourists


Originally made from natural fur only (for warmth), the hat has recently become a collection item in the world’s fashion capitals. So nowadays a lot of ushankas are made from faux fur. One of the recent marketing successes is said to be a Chelski – a version of the hat with a Chelsea football club logo on the front. Owned by Russian businessman Roman Abramovich , the club has used this Russian link for merchandising - now every fan of the club feels it’s a must to have a Chelski in their collection. 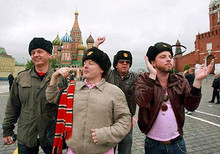 The hats are extremely popular as a tourist souvenir too – they can be found anywhere in Russia, from small markets all the way up to high-end boutiques.

The history of the hat


Fur hats have been made and worn in cold climates for centuries. But it was only in the 19th century that strings were added to the earflaps of the fur hats that reportedly came to Russia from Scandinavia. In the early 1900s the hat became popular with young and rebellious people, particularly in St Petersburg. However the categorization as a “Russian Cap” is a result of World War II.


During the Winter War with Finland (1939) thousands of Russians died of cold - so the Red Army introduced a new winter uniform which included an ushanka to replace its predecessor – the budyonovka. Since 1940 the ushanka has been an official winter hat not only for the army but also for the militsia (police) in the Soviet Union. It also became a popular winter item for children due to the warm earpieces. 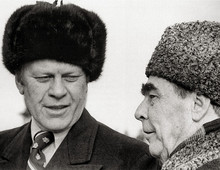 The second half of the 20th Century saw the ushanka become an icon of the Soviet Union. Photographs of US President Gerald Ford wearing the cap during a 1974 visit to Russia were seen as a possible sign of Détente. In 1991, with the fall of the Soviet Union, came the first wave of commercially imported Russian winter hats into the United States.

And although the wearing of fur caps of similar design is relatively common throughout China, North Korea, Mongolia as well as Eastern Europe and the former Soviet Union republics, it looks like for now it will remain in people’s minds as the “Russian shapka”.