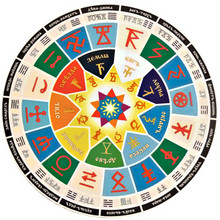 There is a holiday in Russia with a strange name: “Old New Year”. It is unofficial, but many people celebrate it on January 13, like a “light version” of the real New Year. This holiday was born in 1918, when Russia adopted the Gregorian calendar (usually just called the “new style”) to replace the Julian calendar (“old style”).

The Julian calendar was developed in ancient Rome during the time of Julius Caesar. The length of a year was determined by measuring the time between two spring equinoxes and was considered to be 365.25 days. However, nobody knew that Caesar’s scientists had made a mistake in counting, and a year was actually 11 minutes and 14 seconds longer than they said. These miscalculations were discovered in 14th century, when because of the accumulated errors, the calendar became significantly slow.

Easter is a moveable feast, celebrated on the first Sunday after the full moon following the spring equinox. Determining when to celebrate another Easter, Byzantine astronomers found out that the spring equinox date had changed. There was simple visual proof for it also: many temples had places or decorations designed to be enlightened by the sun on equinox day, but when that day came according to the calendar, they remained dark.

The Byzantine church rejected the idea of calendar reform and found the calendar lag convenient: with it, Christian Easter and the Judaic celebration of Passover could not fall on the same day, and it was prohibited to celebrate them simultaneously. 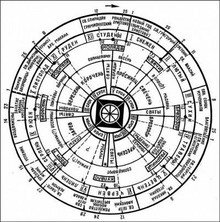 It was only in 1582 in Italy, that Pope Gregory XIII introduced a more accurate calendar to replace the Julian one. It was adopted on October 4, and the next day was declared October 15. All European Catholic countries and their colonies followed Italy’s example as soon as possible taking into account communication speed of that era.  Protestant states suspected the Pope’s reform to be a part of some plot against them, but eventually they adopted new calendar too.

Orthodox churches all over the world still use the Julian calendar for their purposes. Nowadays, the gap between calendars is 13 days long, and keeps growing rather fast, because besides the mistakes of the Roman astronomers, these calendars also have different systems of leap years.

Samovar Samovar literally means “self boiler”. It’s a large metal container in which water is kept hot and used for drawn out tea drinking sessions.