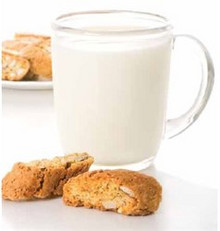 The drink of pleasure

Just like hardboiled eggs, kefir was one of the basic ingredients of the Soviet diet. Often offered at sanatoriums and canteens, the fermented dairy drink was mandatory to insure workers’ good health and mood. Though it has given way to milkshakes and yogurts in recent times, it still remains a popular traditional Russian drink.

However, not many know that kefir originated many centuries ago in the Caucasus Mountains. The word kefir means pleasure drink. There are many myths and legends about the beverage. According to one, Prophet Mohammed gave kefir grains to people and showed them how to make the drink. But the Prophet warned that the drink would lose its healing properties if the grains and recipe were given away.

That’s why the so called “grains of the Prophet” were guarded jealously, considered part of a family’s wealth and passed on from generation to generation. For many centuries foreign travelers could only try and enjoy the drink in the Caucuses. Even the Italian trader and explorer, Marco Polo, mentioned kefir in his travel chronicles.

Meanwhile stories about kefir’s magic powers reached Russia. At the beginning of the 20th century, members of the All Russian Physician’s Society decided to get the famous kefir grains, whatever it took, and make the drink available to their patients. The doctors went to Moscow Dairy owner Nikolaj Balandov and asked him to get the grains.

Balandov came up with a James-Bond like plan. He sent his employee, the beautiful young Irina Sakharova, to the Caucasian Prince Bek-Mirza Bachorov. Sakharova was to charm the prince and persuade him to give her the grains. The prince was charmed, but did not give the coveted secret ingredient. Irina left to look for luck in other places. But shortly after, she was kidnapped and sent back to the prince.

The prince explained that her abduction was only part of the local tradition of “stealing a bride” and offered her to marry her. But the Russian beauty wasn’t charmed. A daring rescue mission organized by Balandov’s agents saved Irina from the forced marriage. Facing prosecution, Bek-Mirza was ordered to give Irina what she wanted.

The launch of mass production

Thus, the mysterious kefir grains came to Russia and in 1909 kefir’s era in the country began. By the 1930s kefir was being produced on a large commercial scale in the Soviet Union. Originally, kefir was made from cows or goats milk in skin bags that were hung near the door. Everyone who passed through the doorway was expected to prod the sack to mix the kefir grains with the milk. However it was impossible to produce kefir in large quantities using the same method. 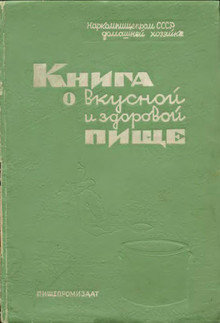 Nevertheless, since that time, kefir became a daily staple of the Soviet diet. Mentioned in many songs and tales, as in olden times, it’s still believed to have many healing properties. For instance, if you come to Russia, and by mistake have “over tried” another traditional drink – vodka - then in the morning you should drink kefir. It’s known as a great hangover cure. It’s also often the main - if not the only - component of weight loss diets. Some suggest fighting fat with kefir and recommend drinking nothing but kefir for one or two days.

But while some may argue the effectiveness of the kefir diet, there is no argument about its medicinal properties. Kefir is rich in vitamin B, folic acid, and easily digested proteins. It has a lot of good bacteria that helps digestion and is also good for people suffering from anemia and other diseases. It can even be drunk by the lactose intolerant.

However, it’s not a panacea. Those who have stomach ulcers are not recommended to drink it. Nowadays this ancient drink is not only sold in former Soviet Union states, but continues to conquer Europe and America.

Samovar Samovar literally means “self boiler”. It’s a large metal container in which water is kept hot and used for drawn out tea drinking sessions.

Kompot Kompot (or stewed fruit) is a traditional Russian dessert beverage that combines an assortment of fruits with rich, thick syrup.